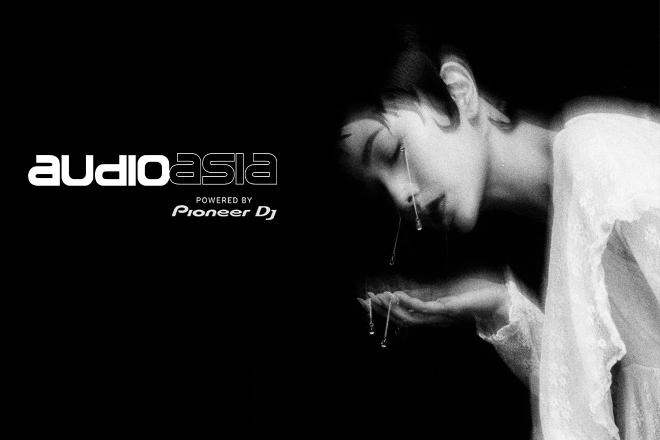 Don't cry, a phrase many of us might be accustomed to from our days as children scraping our knees outside or bumping our elbows on a table corner. Words often meant to offer comfort for the vulnerable in their time of need: parent to child, sibling to sibling, teacher to student. 'NaKuNa' is the Japanese translation of the phrase, and the single is presented to us via Amber Kuo on her Beijing based label.

'NaKuNa' marks a return to music for Amber Kuo, the actress and Mandopop singer. Kuo has been renowned for her vocal dexterity and genre-bending nature, which have translated to the evolutionary and transformative nature of the artist. Kuo kicked off her career on December 25, 2007, releasing a series of four records. Amber's last single as an artist was titled 'Begin Again', perhaps a warning for the following hiatus her fans would experience. After an eight-year break that was dotted with vocal appearances and collaborations, Amber Kuo has stepped back into the spotlight with 'NaKuNa'.

As the world hit the pause button in 2020, Amber Kuo saw the opportunity to revisit her interest in music and experiment with new sounds and styles. After teaming up with Yider, Amber quickly announced her next full-length project titled 'Vol.13-1986 The Journey of Sleepless Sheep', which would be accompanied by the lead single 'NaKuNa' and be released via her own boutique label Nomad City Records.

AK hasn't lost a step. 'NaKuNa' isn't so much of a return to form as it is a rebirth for the artist and Kuo is comfortably at home on the release. 'NaKuNa' is a coming out party for Amber Kuo, shedding the shell of major music labels and stretching the wings of her newfound sonic palette as an independent artist. AK's vocals fit perfectly over Yider's production. Synth layers and melodic key progressions come beautifully layered over sharp drum tracks with AK's vocals providing the perfect fit as she flexes both vocal range and multilingualism — 'NaKuNa' is subliminal synthwave serendipity.

'NaKuNa' carries with it a powerful message too. Once the victim of cyberbullying, AK used her music as a form of therapy to express her emotions and reflect on the impact these incidents had on her. 'NaKuNa' offers a sympathetic message to others dealing with these issues, and exposes AK's sympathetic heart as she aims to help them with the healing process.

'NaKuNa' was released via AK's new independent label — Nomad City Records. Working with producer Yider and freelance artist Wang, the label aims to "use electronic rhythm and nomadism philosophy to tell a story". The trio seeks to foster a wide-ranging collection of genres, languages and cultures through electronic music. The lead single comes to us paired with a music video which can be viewed on YouTube here.

'NaKuNa' was released via Nomad City Records on December 25. Purchase it via Apple Music here.