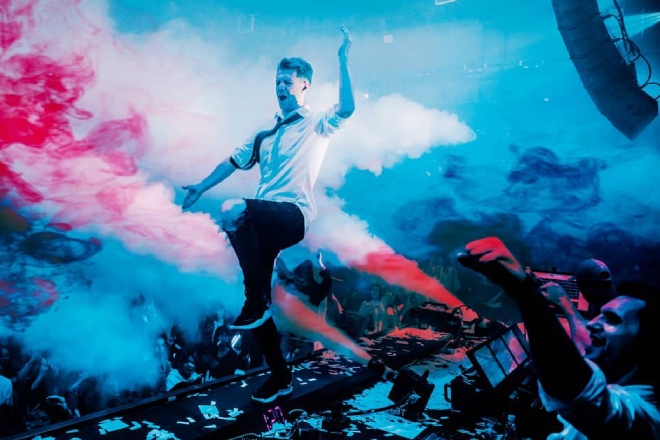 Rave Republic have been making a bunch of noise in the dance music world recently, with ‘In My City’ featuring Luciana at well over 1 million streams, and their recent collaboration with Jeffrey Sutorius ‘Middle Of The Night’ featuring Matluck added to high-level DJ sets – now the pair make their debut on Hardwell’s Revealed Recordings, teaming up with Uruguayan REGGIO for ‘Deep Love’.

REGGIO has been a regular on Revealed since his debut in 2016 with ‘Mental’. Most recently he remixed the highly acclaimed SICK INDIVIDUALS x Justin Prime single ‘Not Alone’, and now his pairing with Rave Republic on ‘Deep Love’ seems like it was written in the stars, as the tune is an absolute winner.

The track serves notice right from the top with siren samples and an old school vocal that teases its way into the track early, building in intensity until the drop hits. Proving once again that less is more, the track is built around a super catchy synth riff and the soulful, retro-house vocal. The extended breakdown features a rave piano stab that compliments the vocal and gives the track a vintage club feeling, combining past and present deftly to produce a forward-thinking big room banger.

Both acts have garnered a lot of attention in recent months, with previous releases getting support from label boss Hardwell, Blasterjaxx, KSHMR and Afrojack, and this latest single is guaranteed to increase the ever-growing list of A-list admirers. Stream ‘Deep Love’ here: