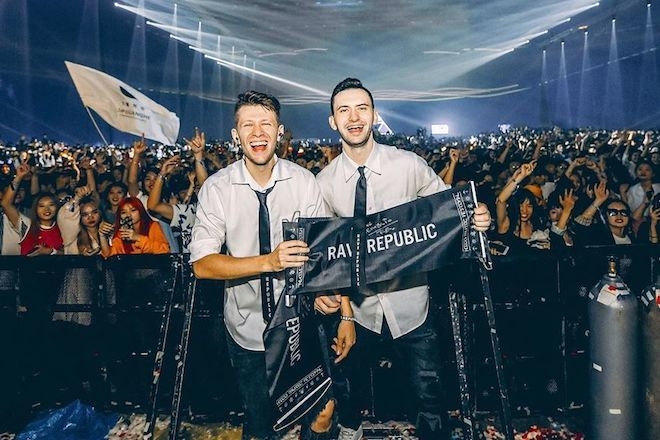 Mathias & Stas formed Rave Republic in February 2014 and quickly gained residencies at top clubs around the region, with a heavy focus on China’s burgeoning dance market. They have DJed the main stage at multiple festivals including IT'S THE SHIP and Ultra Singapore. In December 2015, their debut single, 'Far Away' was released and reached #1 on the iTunes Dance Chart. Their follow-up single, 'Shoot for the Moon' went to #3 on the iTunes overall chart and #1 on the dance chart. It also featured on Spotify's Viral Top 50 playlist.

‘Shoot for the Moon’ Spotify link:

Recently the dynamic duo has been turning in blistering performances on the main stages of major festivals such as Ultra Singapore and Electric Daisy Carnival China, besides playing at the most famous clubs across the region. 2019, their best year yet saw them.

The new single ‘Beijing’ is a sonic thank you gift to the Chinese fans for their long-term support, and also a great chance to keep expanding their reach in China. Stream it here: