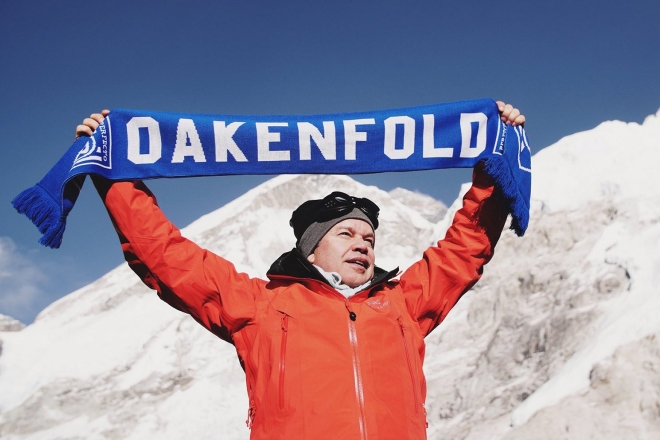 In 2017, British DJ Paul Oakenfold travelled to Nepal and spent eight days hiking to Mount Everest’s base camp — 17,600 feet above the ground – where he hosted what’s being called the “highest party on Earth’” in celebration of the 30th anniversary of the beginning of the Second Summer of Love.

The adventure was captured on camera and is now streaming via movie and music service FlixFling. The documentary is called ‘SoundTrek: A Music Journey To Mount Everest’ and captures the trance DJ’s travels through remote Nepalese villages and the Himalayan Mountains for the monumental DJ set. 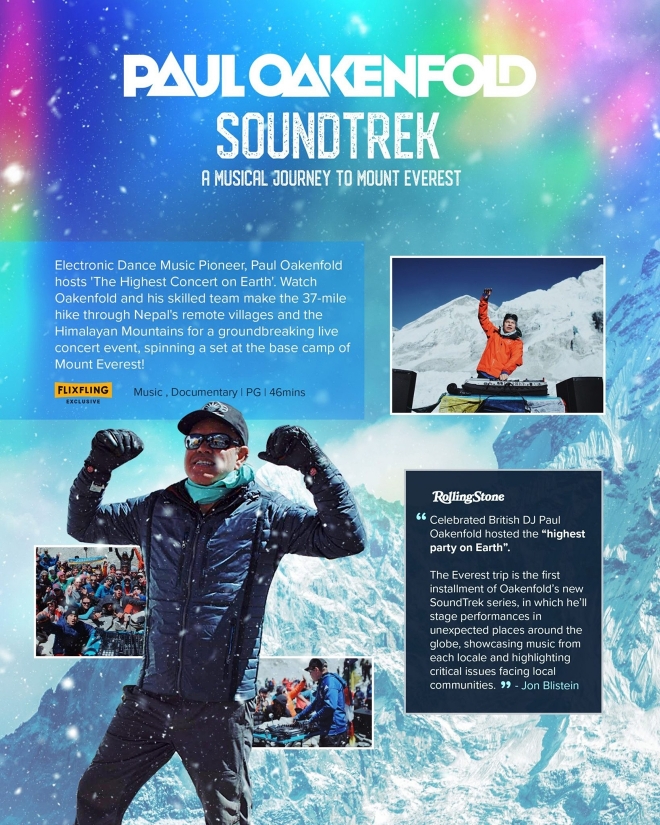 Due to the success of the project, Oakenfold plans to continue the project with more experience around the world that will embody components of music, travel, live performances, premium content and philanthropy, while also bringing attention to critical issues facing local communities.

“The success of SoundTrek Mount Everest was just the beginning,” Paul Oakenfold says. “Based on the amount of money raised for charity and the global success of the adventure, I plan to do many more SoundTreks around the globe.”

More than just a stunt, the gig raised money for Himalayan Trust, Supporting Nepal’s Children and Youth Music. The stream captured the attention of more than three million people worldwide who helped make an impact on the community by directly helping underprivileged people through fundraising. He also left his equipment behind for the local community. 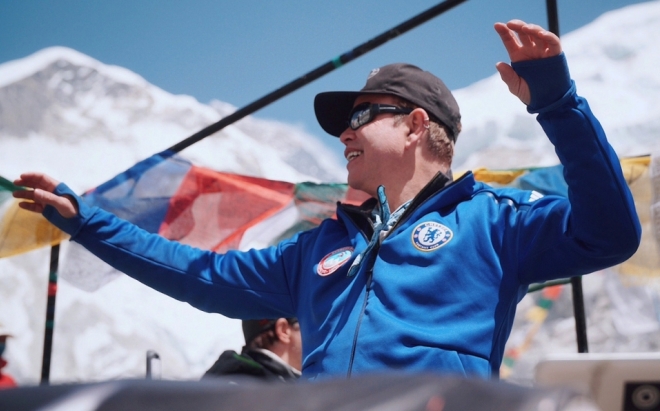 Oakenfold was joined on the ascent by Sinagpore’s own Mark Brimblecombe, owner of Attica Nightclub and co-creator of SoundTrek, as well as a small fleet of professionals including trainers, film producers and mountaineers.

SoundTrek: A Music Journey to Mount Everest was released exclusively via FlixFling. You can watch the doc here.