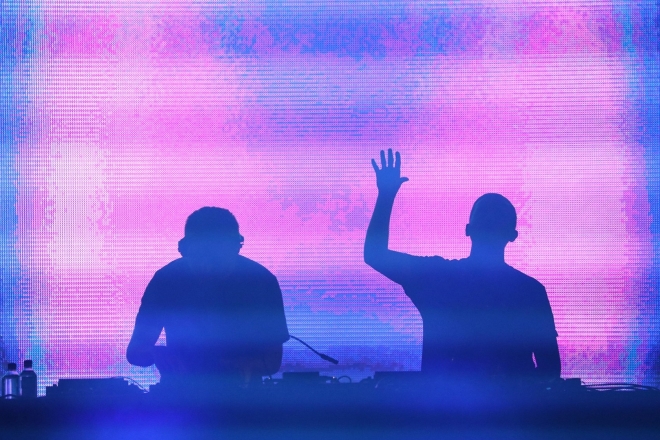 The international music festival Supersonic in Japan has just announced it will go ahead as a two-day outdoor event on September 18 and 19, 2021, at the Zozo Marine Stadium in Tokyo and the Maishima Sonic Park in Osaka, simultaneously.

Supersonic will be the very first international music festival in Japan since the COVID lockdown worldwide. Several restrictions will be applied to keep artists and attendees safe, such as scaling down the event to just two days and limiting the number of artists.

With the line-up to be announced soon – for 2020, Supersonic had prepared an impressive row of acts such as Post Malone, Tones & I, Fatboy Slim, Skrillex, Steve Aoki, Wu-Tang Clan and Kygo. As we would expect, some of these acts will not make it to the festival on the newly confirmed dates; nevertheless, the Supersonic organizers have vowed to work hard to bring the missing artists on other occasions, as well as keeping a banging lineup for the upcoming 2021 date.

Festival-goers that purchased one-day tickets from the previous year can still go to the event on the respective dates. On the other hand, those who bought three-day tickets and Platinum tickets from last year can have them refunded via their respective vendors between August 15 and September 30, 2021.

Read the full announcement below: 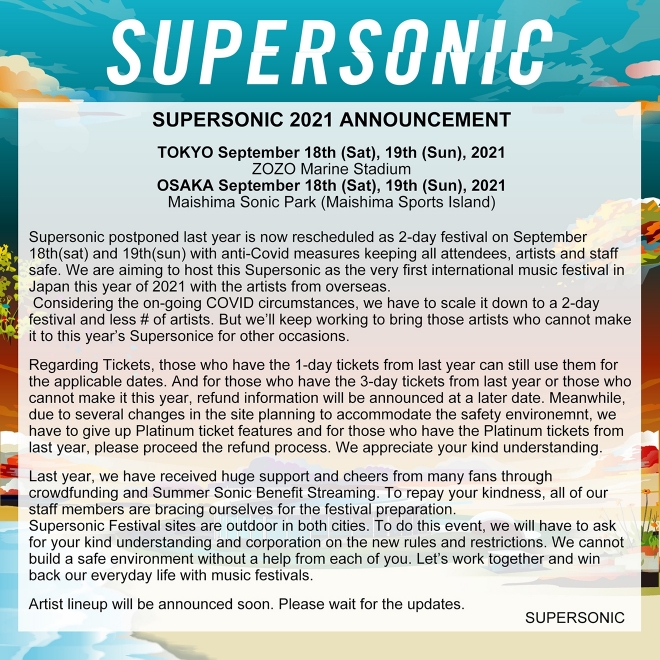 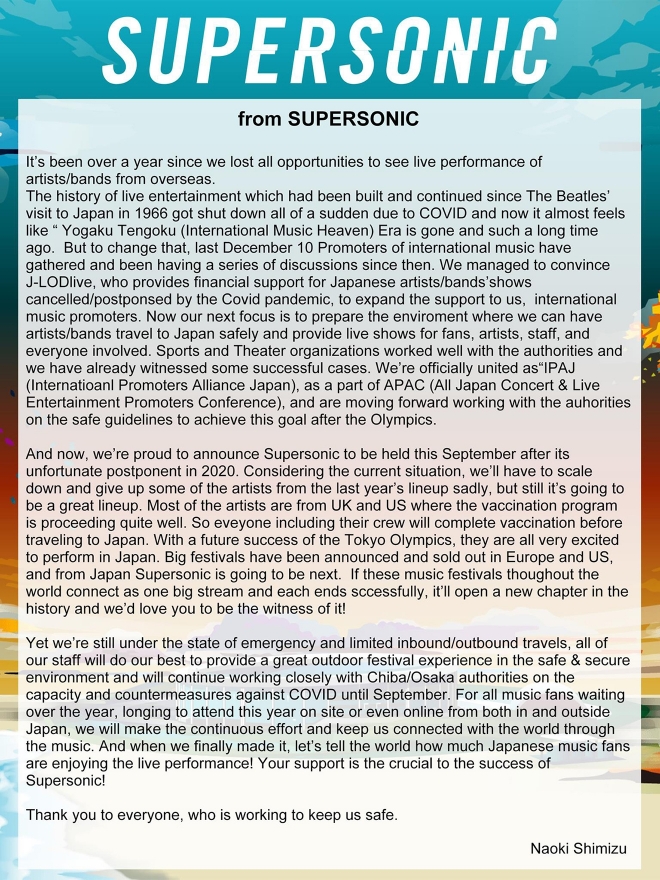 Supersonic Festival is an upgraded version of Summer Sonic Festival. Supersonic was initially set to take place in September 2020, a month after its annual August date, a move meant to avoid conflicting with the Tokyo Olympic Games. Supersonic was ultimately postponed last year but appears to be charing on with its 2021 edition.