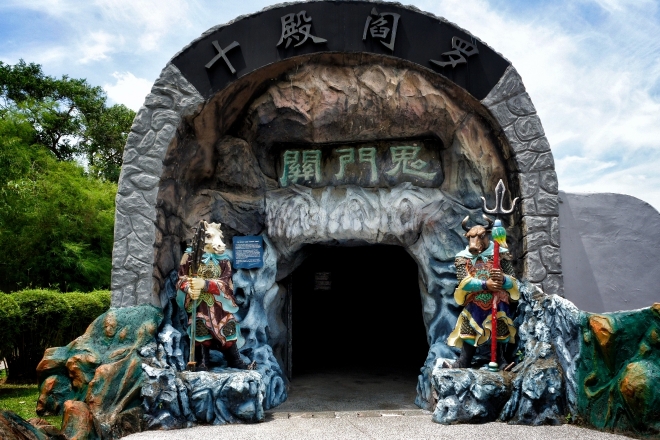 According to the team who wish to remain anonymous, Outer Bounce is neither a community nor a promoter, but rather an energy movement, with a few musical checkpoints for quality control. He tells Mixmag Asia, “Outer Bounce’s musical ambition started just from the idea that we wanted to book DJs and producers from the region to play within their own region — which is absurd that we don’t prioritise it enough. We felt there was a need to re-express the vibrancy and the creative output in music that is rooted in Asia and the communities that occupy those spaces.” 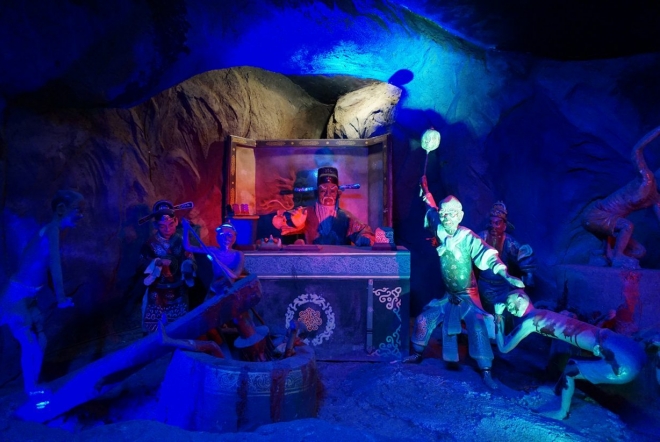 The space they’ve enlisted for their debut is brimming with a sense of culture that leads you into a land of curiosity, eccentricity and otherworldliness. The historical site is essentially a maquette of statues and dioramas depicting scenes from Chinese folklore and various aspects of Confucianism.

“Since COVID, the lack of venues pushes the scene in Singapore to reconsider how we utilise and readapt spaces." They add, “Our neighbourhood is constantly under construction and there is barely any semblance to what I see in photos of our environment - the team managing Haw Par Villa, Journeys Pte Ltd understands that preservation even from a distant memory starts with the youth, bridging new experiences with how we perceive space and sound is a brilliant way to revisit our heritage, something that both Sunju and Yoshi have been fiercely advocating through their tribal explorations of Asia which lends well to the ethos of Journeys’ mission.” 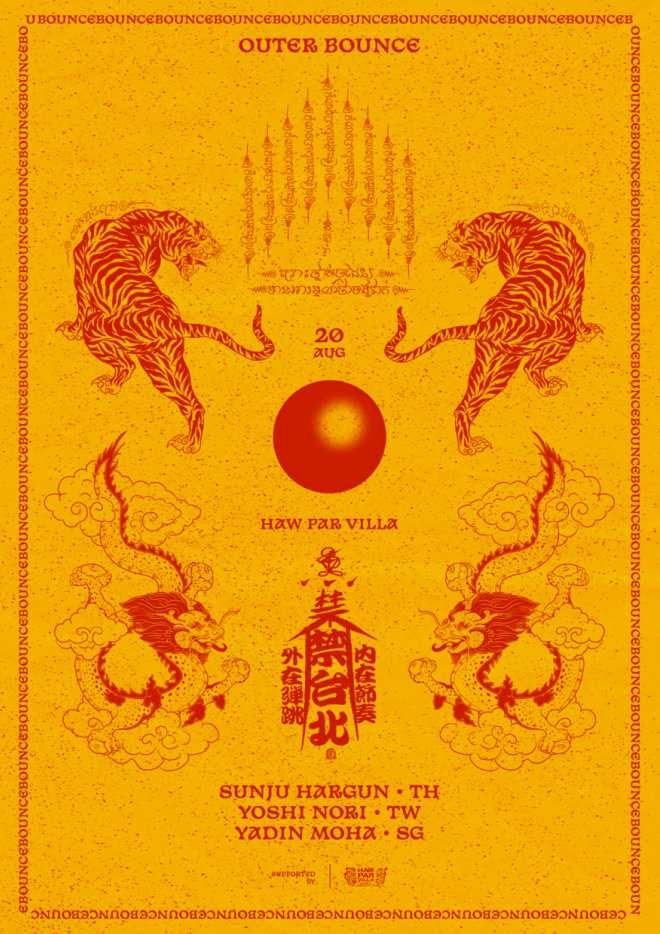 The line-up the team have curated preaches to their mantra — Hargun, Nori and Moha are all esoteric DJs in their own right, who each carry their own unique and wide range of sounds than most artists would dare to hold in their arsenal. And they accompany their selections with an unwavering sense of dedication to both community and professionalism.

From Thailand, Sunju Hargun’s transcendental sets have recently taken him for two tours across India, Equation Festival, Horst in Belgium, Easy and Aldis in hungry and IFZ in Leipzig, and most recently in Japan, where he recorded this set. When he’s not touring, Sunju is almost always immersed in his Bangkok studio where his psychedelic and ambient musings are concocted, mostly for his co-founded label Siamese Twins, Extans Mantra or under his Khun Fluff alias.

Sprinting between homes in Taiwan and Japan, Yoshi Nori is an after-hours specialist who can be considered one of Asia’s most refined four-to-the-floor selectors, and Outer Bounce is his Singapore debut. His early learnings in house music were honed in Chicago, and he brought back with him to Taiwan an esoteric and refined palette, that eventually saw him running the infamous Lost & Found nights and playing a pivotal role in the success of Taipei’s now closed but once iconic club Korner. His latest project 禁 JIN has seen him bridge musical synergies across the region through stellar releases by artists like Gonno, Yetsuby (of Salamanda), Ground and Mr. HO.

Over in Hong Kong, and by way of Singapore, Yadin Moha’s esoteric approach to music landed him a residency at 宀 Club, where he’d helm all night sets from start to finish, or join his fellow residents like Nanogram or Youry on their nights. A wide ranging selector of all things creepy and weirdly wonderful, Yadin’s outlook on music couldn’t be a better fit for Outer Bounds debuting their far-fetching agenda of sound.