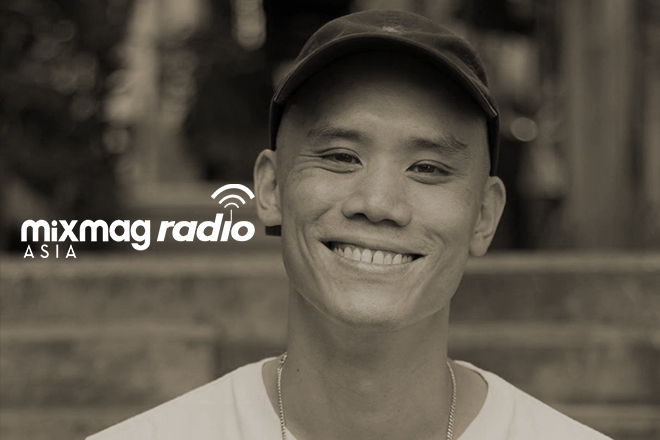 Defining Mr. Ho as a DJ is as pointless as it is poignant, and for good reason. HIs approach to DJing and producing isn’t singular, it’s kind of polymorphic. He seamlessly crosses genres and styles that are rooted in house, breakbeat, techno and electronica, which is highly resonant in the label he runs and curates, Berlin-based Klasse-Wrecks with his partner Luca Lozano.

Mr. Ho relocated back to Hong Kong after a deeply rooted affair with Berlin — his residency at Ohm in the art capital of Europe quickly paved the way for his current tenure at Hong Kong’s underground safe space, Mihn. Throughout his transnational career, the talented producer has had his productions picked up by ESP Institute, Clone Jack for Daze, Beubau and Creme Organization — everyone of his releases are indicative of his trust and knowledge of the labels he works with, and is a testament to his diverse and dedicated knowledge of club culture and music.

His most recent studio outing dropped just last week on Klasse Wrecks together with Lozano — revisiting productions from back in 2017, the pair set out to rework one of their most successful releases which hit dance floors like a storm, ‘F.U.B.U’. The new EP features four new remixes by Ho and Lozano, and it perfectly sums up the sonic agenda of their imprint as of 2020, with a firm direction of what’s to come in 2020. Check out ‘Visions of Rythm 2 Remixes’ here.

When it comes to tuning his ears to what artists are up to in Asia, Mr Ho says, “There are a lot… many of them are friends and many of them are already well known. There are a couple who are from my region that deserve more exposure in relation with their talent — Knopha and Joi Lau.” And aside from indulging his time in the studio, Mr Ho doesn’t stop feeding his inspiration with both old and new sounds, particularly of recent where he’s dabbling into the world of dub, hitting repeat on legends like King Tubby, Scientist and Lee ‘Scratch’ Perry.

Speaking of dubby influences, you’re in for a very special treat once you hit play below to tune into Mixmag Asia Radio 042 with Hong Kong’s Mr. Ho.