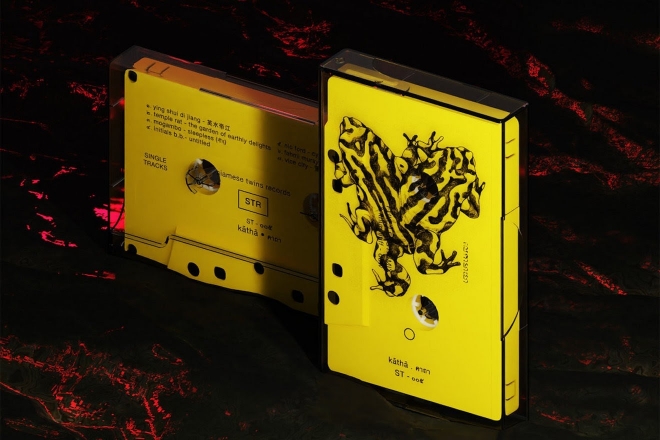 Thailand-based label Siamese Twins Records is gearing up to release their second curated pan-Asian compilation — Kāthā is due out on September 1. Each of the eight tracks featured on the album has been “selected to form a continuous and coherent whole, whose strong transcendental ambience comes tinged with Eastern psychedelia." The album is soaked in traditional elements from the region, as the label prides itself on focusing on artists with sounds rooted firmly in the East.

According to the Bandcamp description, “Kāthā is the Khmer and Thai name used for chanted sacred mantras and magical incantations that offer protection, charm, or certain influence in life.”

"Its origins stem from "Gāthā", a Sanskrit term referring to any poetic metre commonly used in legends — verses recited in rhythm with the breath as part of mindfulness practice or meditation."

The artists offering their versions of the atmospheric vibrations of the universe include the multi-instrumental Chinese group Ying Shui Di Jiang, Temple Rat (also from China), Khun Fluff from Thailand, Mogambo, Initials B.B from Taiwan, Nic Ford, Fahmi Mursyid from Indonesia and Vice City from Taiwan. The combination of elements such as drones, live instruments and other esoteric textures makes for a heady pool of sound into which one can become submerged.

See the tracklist for Kāthā below:

Listen to snippets of all eight tracks below:

The track by Ying Shui Di Jiang, 英水帝江, is particularly exciting for those interested in hearing traditional Eastern instruments. The group itself is described as a “China-based music collaboration of multiple musicians scattered around the world” that takes full advantage of the variety of talent available to it. The fusion of traditional sounds with modern industrial, electronic elements pays respect to the storied history of the region and its traditions while building upon them with modern textures. The members of Ying Shui Di Jiang are far from the only contributors of traditional sounds on the album, however.

Siamese Twins Records is a label based in Thailand, founded by Taychin Dunnvatanachit, Sunju Hargun, Yoshi Nori and Johan Vandebeek. Aimed at providing a home for authentic, tribally rooted sounds, the label introduces Asian artists to producers and audiences around the globe. Their previous compilation, Vinyan, was a cassette compilation that quickly sold out, with people clamouring to get their hands on the release from around the world, including Australia, Europe and Japan.

Kāthā is due out on September 1 via Siamese Twins Records digitally & on casette. Buy and stream it in full here.