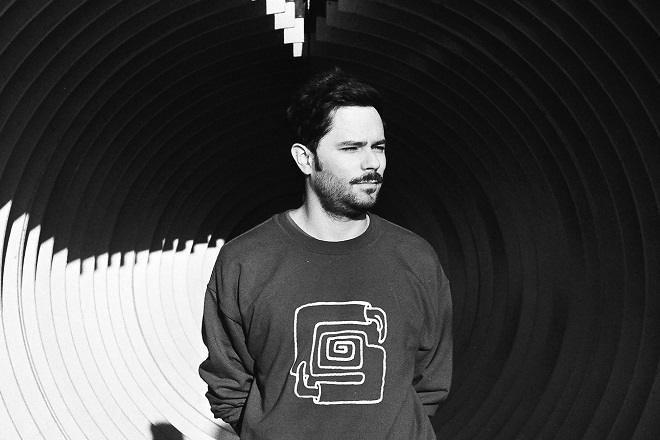 Brand new Tokyo-based label Amidst bursts into glorious life with the five-track 'Amidst' EP from Colombian-born Canadian artist, Cosmic JD.

The label is the brainchild of Japanese DJ and producer, Zenta, and the new release isn't the first time he's collaborated with the featured artist. Though born and raised in Tokyo, Zenta moved to Toronto in 2012 to further his musical career, and it was from this Canadian base that he and Cosmic JD began co-producing the Hypnotic Mindscapes event series. On top of this, the pair's joint studio creations have been released via labels Mode of Expression, Nuances de Nuit, Variable and Varme.

Revered as a key-player in Toronto's underground house and techno community, and internationally respected for his slick productions and expansive DJ sets, Cosmic JD arrives on the new imprint in suitably confident mood. Serving a selection of cuts ranging in tone from cosmically-centred techno to introspective acid chug, the exquisitely produced EP bursts with psychedelic charm. From the dark room tendencies and bass-heavy acid bump of opener 'Huddle' to the ambient explorations of 'Swell & Revolve', and the mildly hallucinatory waves of 'Glacier Rocksteady' – each track is elegantly constructed while simultaneously endowed with a deliciously subterranean grit. You can listen to clips of the music here:

Distributed by the supremely-reliable Disk Union group – whose record stores dotted across Japan are a veritable treasure trove for dusty fingered diggers – Amidst Records certainly arrives through the most credible of channels, and there's every reason to believe that this is just the beginning of the label's sonic adventures.

Cosmic JD 'Amidst' EP is out now on Amidst Records. You can buy it here