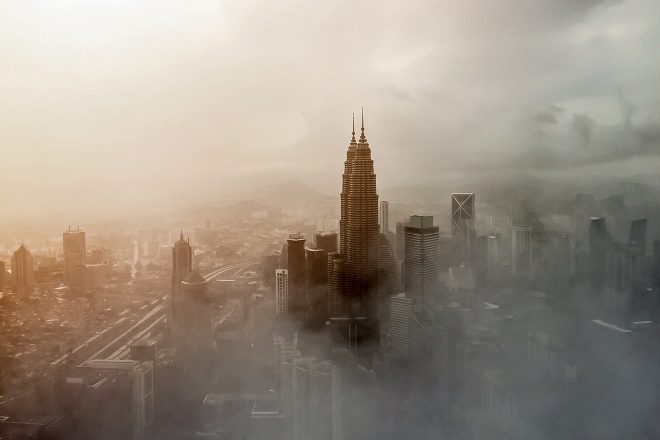 Rejection after rejection, the live events industry in Malaysia has suffered several blows as the country began reopening in the last few months but the arts and culture sectors were sidelined in the roll-out, deemed as non-essential. No venues could open, no musicians could perform, and no theatres could showcase their art. Controversy arose as other industries with similar if not the same SOPs as the live events industry were allowed to open. In February, MICE activities (meetings, incentives, conferencing, exhibitions) were approved with an audience cap of 250 people — but still, music and entertainment were kept in the dark.

Last week, the government finally gave events with live audiences in the creative industries the go-ahead. “After conducting a risk assessment with government agencies involved including recommendations from the Health Ministry, it has been decided that live events with an audience is now allowed for areas under the CMCO and RMCO,” Senior Minister Datuk Seri Ismail Sabri Yaakob said in a press conference.

Events with live audiences include official government programmes, television programmes, musicals, dances, theatrical performances, comedies, cultural and heritage showcases and livestreams, although revised SOPs will need to be adhered to. For example, audience size must be half the size of the premises’ regular capacity and social distancing of 1.5 meters away from another audience member must be observed.

Furthermore, the new set of guidelines don’t guarantee that a venue owner will even be allowed to host an event, like a livestream. Under the new regulations, in order to have a live performance at a venue, the host of a show is required to obtain a public performance license.

“The next challenge for us is to actually get a live event approved,” says Iqbal Ameer, CEO of Livescape, the organizers of It’s The Ship. “In Malaysia, just because the guidelines have been set, it does not mean that we will get the license. Our council and PDRM (Polis Diraja Malaysia) have a tendency to find reasons to reject licenses or give them at the very last minute.”

That said, this permit is nothing new in Malaysia, but the pandemic is showing cracks in an existing system. It's also bringing forward how unsustainable the system is, with a performance licence often costing thousands of ringgit (MYR1,000 = US242.84) in addition to exorbitantly high fees for work permits when bringing in international acts.

Still, this is a step in the right direction, to be sure. Although while many are breathing a sigh of relief, others are still left scratching their heads — what does this mean for nightlife?

“Your eyes do not deceive you,” says Iqbal. “Nightclubs and bars that do not have any food license are not allowed to open. In fact, they will be the last industry to open up in Malaysia for now.”

“The SOPs that were given by the government never mentioned electronic music as a form of live entertainment — and this is deliberately not addressed due to the sensitivities associated with a party. Will we see any ticketed DJ shows in Malaysia anytime soon? Probably not. The first step will be to address that electronic music should be recognised as a form of live entertainment."

It remains to be seen how these grey areas will be addressed. Currently, many musicians are still unsure if they can resume performing in Malaysia since there is no mention of whether this extends to include live performances at pubs and clubs, although Iqbal is hopeful that the electronic music community will now at least have the opportunity to play in lounges, bars and restaurants as long as they have a food license.

“This is at least a good step forward, although the road is still rocky‚ but we will get through them together.”

“It is a big step for the industry too," he adds. "We need to remember that the live events industry was sidelined and left for dead for almost a year. There are not many companies left in this field and this at least gives us hope that we can start to show the creative industry is indeed professional, resilient and more importantly, an essential component of the country's economic sector.” 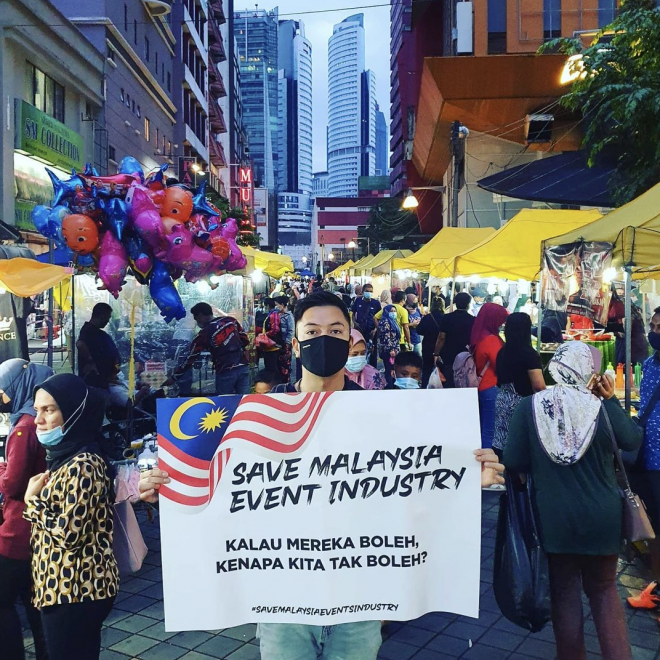 This big step comes following many months of frustrations from Iqbal and other members of the music industry, who believe that the creative industry has become an important component of the culture of Malaysia and also tourism — but was overlooked entirely as the economy started to reopen. Iqbal went so far as staging one-man protests at local pasar malam (night markets) while holding a large sign that read “SAVE MALAYSIA EVENT INDUSTRY”. The point he was making was the pasar malams had been allowed to operate during the CMCO lockdown, which are small events on their own with many identical elements to the event industry. To him, all jobs are essential and it’s not the government's job to be deeming which ones are and aren’t.

“The pandemic had caused a massive shift in what we thought was our fundamental right. I still believe until today the real reason why we were sidelined was that we were deemed non-essential, and was categorically targeted because of belief and principals within the civil servants. We were labelled as side-gigs and asked to instead sell food by the sidewalk or change our jobs to something more stable.”

“That's the real cancer here — we are not being recognised as an essential component of the country. A creative economy is vital for any country and it is high time that Malaysia is recognised for the abundance of creative talent that we produce, the cultural and economic impact we provide. CENDANA has had strives in that field and we thank them for holding the fort within the government, but depending on them is not sustainable in the long run. The creative industry cannot just survive on grants. We need to represent ourselves, a union of sorts.”

The creative industry in Malaysia is indeed a big one. If fact, at the time of the announcement on March 9, it was relayed that the decision to green-light live events was made after the Communications and Multimedia Ministry shared that the livelihoods of around 300,000 people in the creative industry had been affected by the ongoing closures.

Kuala Lumpur’s electronic music had also been on an upward trajectory ahead of the pandemic, especially in the eyes of the world. For several years now, clubs like Zouk Club KL regularly brought A-list EDM artists like Paul Van Dyk, Tiësto, Hardwell, Martin Garrix and more to Malaysia, while Kyo KL made the city a new stop for more house and techno names like Charlotte De Witte, Pan-Pot, Black Coffee and more. Of course, Kuala Lumpur is ground zero for Livescape’s It’s The Ship cruises, a brand that had just begun expanding into new territories across Asia like China and Japan before the pandemic, strengthening the importance of Malaysian creative events outside of the country too. And in November of 2020, just months before the pandemic shuttered the city, Kuala Lumpur hosted the third-ever Circoloco event to land in Asia for what will long be considered one of the greatest house and techno events the city ever saw, all-together signalling that Malaysia’s music industry is just as “essential” as any other city in Asia, if not the world.

As for Livescape, the brand has gone through many turbulent times during our 10 years in the industry, and have consistently pivoted (and aggressively) in order to ensure that they survive. “We are structured very differently now, almost as a creative business incubator with multiple independent start-ups under our wing. We will announce these changes in due time.”

“For now we are getting our sails back at sea, and will be announcing our It's The Ship plans in the next few months.”