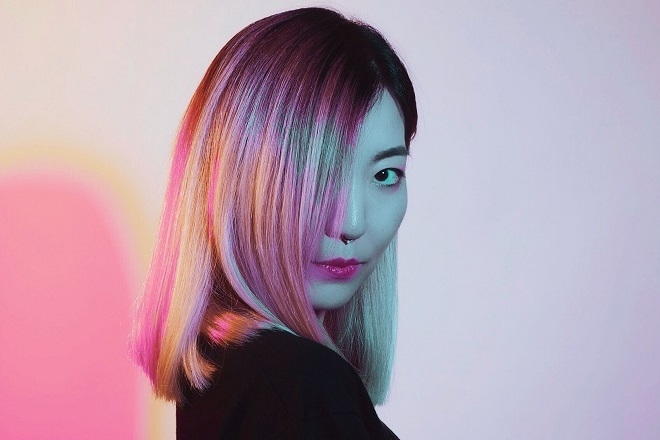 Burgeoning production talent SOHMI returns with her fourth release, this time gracing the Odd One Out label roster with her 'Closer' EP.

This is the third full EP that the Korean-American artist has brought to life, having previously released work on labels including Astralwerks, Let's Get Twisted, and – more recently – via Danny Howard's Nothing Else Matters. Her subtly pop-inspired and club-aimed productions have won her a steady stream of admirers from the dance community, with Will Clarke, Booka Shade, Sofi Tukker, Nicole Moudaber, Toolroom, and Defected Records among those to have shown support.

Title track 'Closer' hovers somewhere approaching the axis of where the more accessible end of techno meets main room house, and is, in fact, subtly reminiscent of the classic Tenaglia-esque tribal sound born out of New York's now-legendary Twilo club. The music is embodied with a tangible sense of menace and imminent dread, but there's a gloss to the production that lends the track more than a touch of cross-over appeal. The brooding nature of the music did not come by accident, as SOHMI explains: “I produced this track a month or two into lockdown last year, at the height of my fear and uncertainty over everything that was going on,” she says. “There’s a sense of impending doom and mounting anxiety, with the chugging drums and bassline, which really reflect what I was feeling at the time. Making the track itself was a kind of release, a project to get completely lost in, and a way of sharing how the loneliness and isolation of lockdown was starting to impact me.”

On 'Do It', the mood shifts as an altogether poppier aesthetic is introduced, as SOHMI's quick-fire vocal is presented over the bounciest of b-lines and an ultra-snappy drum track.“'Do It' is one of the first tracks I ever wrote,” says SOHMI. “I used to be shy about using my own voice in my tracks, but a fellow producer friend of mine kept pushing me to feature it more prominently in my music. It’s the dancefloor-ready motivation track I wish I’d had when I was just starting my journey as a producer and DJ… 'let go of anything that’s holding you back and just go for it. Do it'.”

Once again displaying a knack for no-nonsense, dance-ready club music with enough sheen to generate a level of radio appeal, this is another solid effort from SOHMI, and hopefully just the latest step of many in her ongoing musical journey.

SOHMI 'Closer EP' is out now, you can buy it here