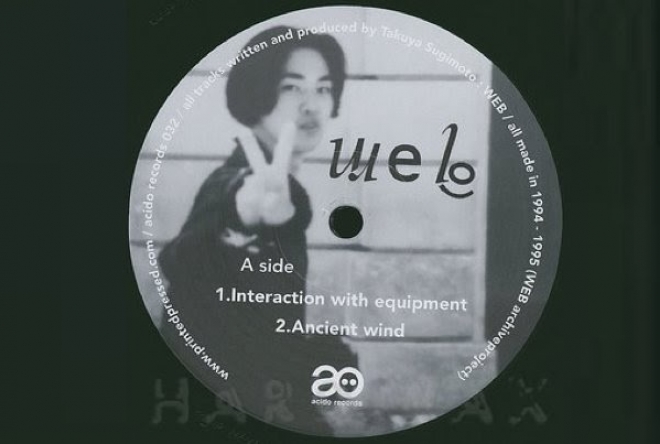 Since the early nineties, Takuya Sugimoto has been nurturing his musical roots from a few very fine sources of inspiration that include Detroit techno, Chicago house, Balearic and cosmic downtempo. The Japanese producer known as Web had his first release on FatCat with ‘The Eva EP’ in 1996 which was then reissued thanks to a strong demand by Rush Hour 12 years later in 2008. The 1996 EP was followed up by several LPs on Syzygy Records, which was one of the early pioneering techno labels from Japan. Those were some of the few releases under the alias Web, as Takuya then continued to produce and release music through a variety of monikers such as COLOGNe, Dja-zz, Gana, Ura Ura and Sammansa.

Another 12 years later (after the reissue), German label Acido turned to Takuya and his arsenal of unreleased tracks as Web, and the result is ‘The Sound There’ — an album of unreleased, unheard DAT recordings from 1994 to 1995.

But the process wasn’t as simple as contacting Takuya and getting hold of the tracks. Acido got hold of the DAT recordings that were long forgotten after their label boss, Dynamo Dreesen, asked the guys at Newtone Records if they knew what happened to Web. A month later, Takuya apparently sent over the old recordings to Dynamo, and today we now have an 8-track EP titled ‘The Sound There’. This was a perfect match for a label like Acido who operate not by schedule, with usually not more than one release a year, but rather by opportunity.

Web 'The Sound There' is out now via Acido.