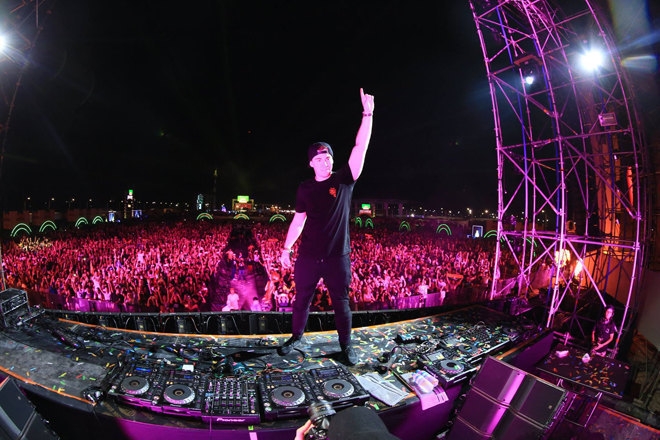 Hardwell was one of the headlining acts at the debut 808 Festival in Yangon, Myanmar this past weekend and while the Dutch star was mid-set, he saw a brawl breaking out that was big enough for him to see from the booth.

He went so far as to pause his set for long enough to scold the scrappers, saying “take the fight out of the fucking party because we need to party without the fight here.”

He went on to remind his fans that “it’s all about peace and love tonight”.

The fight itself wasn’t captured on video but Hardwell’s response was. Skip to about 0:43 second to see the incident go down.

808 Festival comes from neighboring Thailand and debuted this month in Myanmar to a sold out crowd. Watch the recap of the festival below and expect more like this to come out of the formerly recluse nation. Read about how 2016 was the history-making year that EDM officially exploded in Myanmar here.