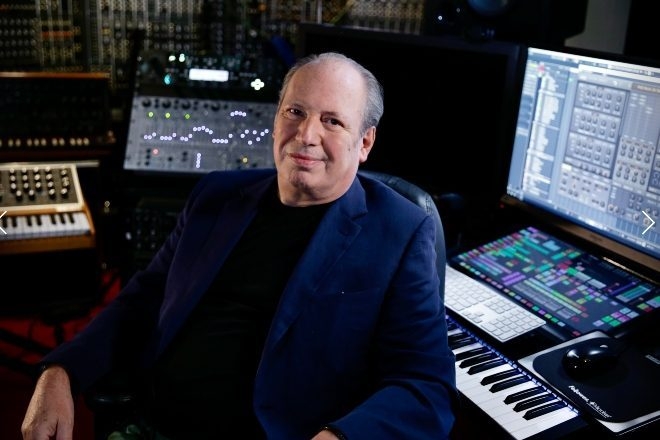 A new documentary celebrating the 40-year career of legendary German composer and producer Hans Zimmer is set to air on BBC Two next weekend.

The multi-award-winning musician will be celebrated in a new 60-minute flick titled Hollywood Rebel, which promises to document his career spanning the past four decades from post-war Germany to modern Hollywood.

Directed by Francis Hanly, Hollywood Rebel explores Zimmer’s rise through experimental music and the redefining of the film score, changing the landscape of music for the big screen.

“The sheer number of standout movies Hans Zimmer has scored over the past 40 years is incredible,” says the film’s director, Francis Hanly.

“It was a dream job to sit and film him at the keyboard in his studio as he gave us an intimate and exclusive demonstration of the techniques and sounds he's created and the ideas that lie behind some of his most famous scores.”

Hollywood Rebel takes an up-close view of Zimmer’s studio time, offering insight into the mind of the Oscar and GRAMMY-winning composer.

Throughout his career, Zimmer has scored some of the biggest Blockbuster films of all time, including The Lion King, Pirates of The Caribbean, The Dark Knight, 12 Year A Slave, and Interstellar.

Speaking on the BBC documentary, Hans Zimmer said: “I’m honoured to be sharing this insight into my career and life with the BBC audience.

“My hope is that this documentary inspires and emboldens you to unapologetically pursue your passions and find a deeper understanding for my scores and above all, music.”