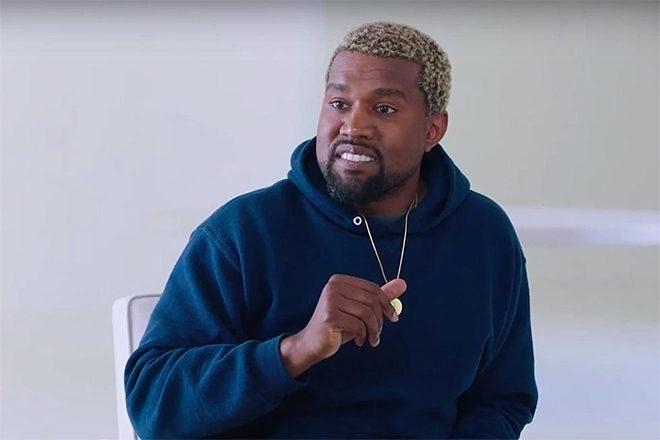 Kanye West has furthered controversy surrounding his recent appearance in a T-shirt branded with a 'White Lives Matter’ print at Paris Fashion Week.

Since appearing in photos alongside US conservative commentator Candace Owens, who also wore the T-shirt, Kanye added to the fire by posting a short statement on Instagram reading: “Everyone knows Black Lives Matter was a scam”.

The now-deleted post was followed up by an Instagram story stating the same, adding: “Now it’s over — you’re welcome”. The White Lives Matter slogan, commonly noted as hate speech by groups such as the Anti-Defamation League, has often been used in opposition to the Black Lives Matter movement.

The rapper has now been criticised by BLM grassroots activists, including the family of 25-year-old Ahmaud Arbery who was killed by three white neighbours in a racially motivated hate crime.

Read this next: Why we started the Black Artist Database

Speaking via her attorney, Lee Merritt, Arbery’s mother, Wanda Cooper-Jones, told Rolling Stone: “As a result of [Kanye’s] display ‘White Lives Matter’ started trending in the U.S., which would direct support and legitimize extremist behaviour, [much] like the behaviour that took the life of her son."

Cooper-Jones expressed “extreme disappointment” in West, stating that this type of hate speech is exactly what the family of Ahmaud Arbery are “trying to fight against”.

“This mockery of the Black Lives Matter movement and his now denunciation of the movement as some sort of hoax flies directly in the face [of what he’s said],” Lee added. In 2020, Ye reportedly donated around $2 million to the families of George Floyd, Breonna Taylor, and Ahmaud Arbery, each of whom were killed by white policemen or otherwise.

Read this next: How misogynoir in the music industry has created a dangerous environment for Black women

“Black folks, in contrast, are at the bottom of virtually every economic, social, and political measure because of centuries of individual and institutional racism.”

Since his public denouncement of BLM, Esthero, a songwriter who co-wrote a handful of tracks on Kanye’s ’808 & Heartbreak’, announced that they will donate their royalty cut to Black Lives Matter charities.

“I would like to donate my portion of the publishing from the 808s and Heartbreak album to BLMLA. Please get at me so we can start the process,” they announced on social media yesterday.