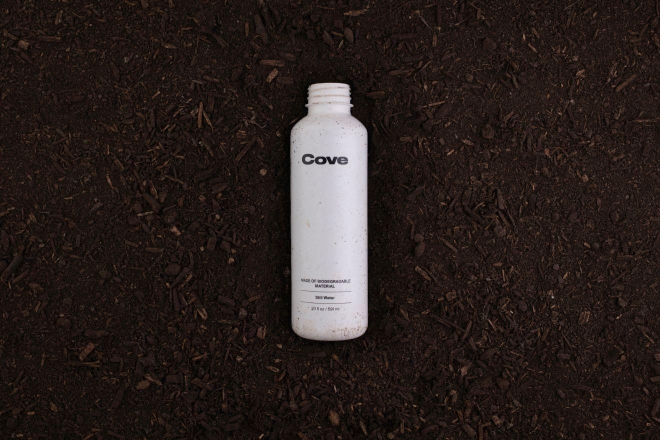 As Earth compiles more and more trash every year, the dance music industry has made strides to fight pollution for better ways to keep dancing (and living, essentially). Joining efforts in reducing plastic, artists such as Diplo, Kygo and Ellie Goulding have invested in the world’s first biodegradable water bottle company, Cove.

Created in California, Cove has been in the making for the past five years and is said to be ready in stores soon. It will also be expanding to Asia, with Singapore holding its regional headquarters position.

The bottle is made entirely of PHA (polyhydroxyalkanoates) which is cooking oil collected from restaurants, plus the ink on the bottles is made from algae.

According to Cove after years of tests, the longest it would take to biodegrade in an environment that is least conducive would be five years max. This natural biopolymer will produce no toxic waste as it dissolves in both the Earth and oceans.

Read this next: Sustainable riders: Your festival trash doesn’t belong in the ocean

The tie-up with artists in the industry could mean that their shows and music festivals would soon utilize this innovation to reduce plastic pollution. We already see a huge shift with music festivals being more sustainably conscious if we all chime in and make a difference.

So far the company has received over US$20 million in investments and the bottle will be available for US$2.99 each. We're wondering how much it would cost here in Asia and in countries with a weaker currency...

Read this next: Can Ibiza survive by building a sustainable future?

Over the past two years, we have covered many topics on how our industry has been fighting the good fight for sustainability. Our industry itself is known to not be too eco-friendly, so little by little, companies and communities have created greener practices and efforts to make sure we do our part.

This year itself, we have seen initiatives from Bye Bye Plastic’s biodegradable vinyl, Livenation’s renewable cups, ABBA’s reusable venue, Climate Gig’s carbon tracking tool and so much more. At Mixmag Asia, we ourselves have sponsored Sungai Watch’s Bali barriers in stopping almost 1 tonne of plastic from polluting the seas.

To stay updated on all things Cove, click here.