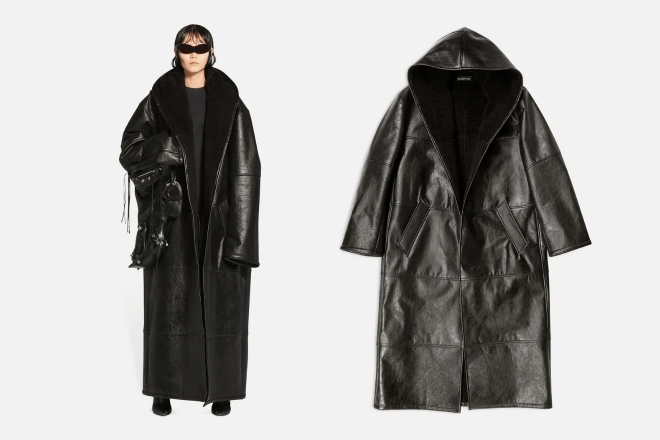 Now that colder weather is upon us, Balenciaga has taken the opportunity to warm us up and introduce us to the future of fashion — sustainable luxury wear we can unapologetically pile on at clubs.

Fashion, as one of the largest polluters in the world, accounts for up to 10% of global carbon dioxide output — more than international flights and shipping combined — and a fifth of the 300 million tons of plastic produced each year globally, according to the United Nations Environment Programme. In other words, something definitely needs to be done in terms of sustainability efforts in the industry. The luxury world cannot afford to be deemed as a leading planet polluter.

“Balenciaga acknowledges the role that fashion plays in depleting and reshaping our natural surroundings and believes that brands are now tasked with finding ways to keep the planet livable,” the luxury brand proclaimed while releasing its latest collection that produced a post-industrial collection facing environmental doom. 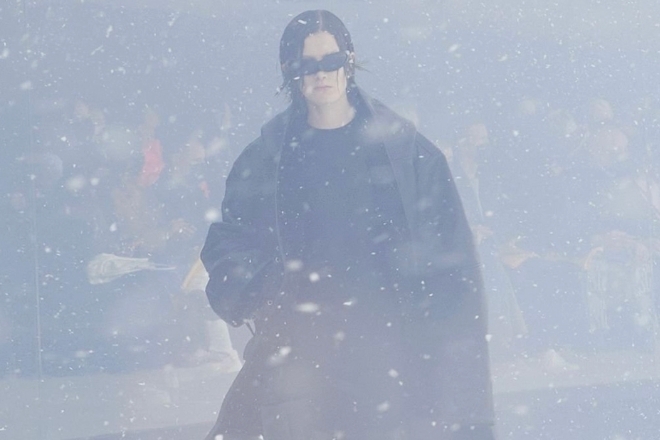 Enter the EPHEATM Coat; a maxi hooded wrap coat (which looks like something Paris Hilton would wear if she was going to Berghain) derived from bio-fabricated mushroom material, Ephea.

Ephea is 100% pure mycelium. Normally, mycelium is mixed with harmful chemicals to create the hybrid material, but in this case, Ephea is made using minimal resources and feeds on low-value agro-industrial residue. As a result, only minute amounts of CO2 were emitted in the process.

“It marked the first time that such a substance has been applied to fashion, and the first time one has achieved such high-level features, particularly in terms of volume, thickness, and overall homogeneity,” Balenciaga said in a statement.

Read this next: Richie Hawtin has released a limited edition capsule of Plastikman knitwear

The coat was first displayed in the high-end brand’s Winter 2022 360° runway show where the models were walking through a murky, snow-filled setting (not unlike some other scene we’re all too familiar with). The show featured tracks from none other than BFRND; get a feel of the dramatic display of fashion in the video below.