It’s Earth Day. My first inclination was to kick off by saying Happy Earth Day, but it doesn’t feel right celebrating a day meant to draw attention to overcoming the undertows of climate change, plastic pollution, deforestation, and so on. But we do have one small cause to celebrate on Earth Day 2022, alongside one big congratulations to Sungai Watch in Bali, who are breaking ground on their mission to protect Indonesia’s waterways.

Together with Bye Bye Plastic Foundation, ABRACADABRA, BLOND:ISH, Rainforest Pavilion and Lauren Lane, on Earth Day in 2021 we activated our collective music community and raised enough money to sponsor the 96th barrier towards Sungai Watch’s goal of installing (at the time) 100 barriers in rivers around Bali, catching plastic and other waste before it spills out into the ocean. Having surpassed their goal in under a year, Sungai Watch has since set a new one of installing 1,000 barriers in rivers around Indonesia and shifted its current focus to Java, an island known for being the most populated in the world with around 145 million residents. (The Citarum River is considered one of the dirtiest rivers in the world; go Sungai Watch go!).

Right from along a waterway that runs through the heart of Bali's most touristy mecca, we flipped the script on livestreams as we had come to know them during the pandemic. Instead of beaming music from some idyllic sunset location with a sparkling seascape as a backdrop, we streamed music from Bali to the world during a river clean-up led by Sungai Watch and used the opportunity to educate electronic music fans about the plastic crisis in Bali while engaging them to think differently the next time they visit and party on the Island of the Gods.

Read this next: Seth Troxler opens up about the habitability of our planet for future generations in EP003 of Planet2Planet

Via the livestream, which went live on Twitch during ABRACADABRA Earth Day Festival, we raised enough money to sponsor two barriers (or a total of five elements to a barrier). They were both installed in Cemagi, just a few minutes northwest of Canggu, in July of 2021, and have since collected almost one tonne of plastic pollution amongst other waste. Here’s what we know, one year on:

Biggest plastic catch in one day: 8 kgs in both February & March 2022 (rainy season)

Still think straws are the big bad wolf? See how the catch was broken down below: 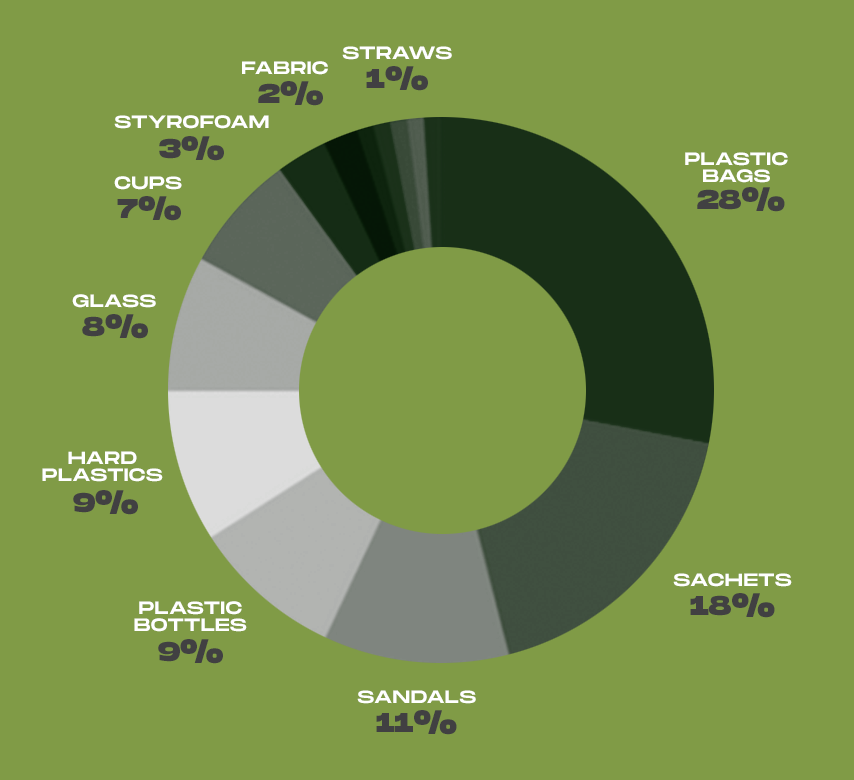 Also, with the proximity of the barriers to a local school, Sungai Watch has also started to activate school presentations and intensive educational programs in order to better educate Bali’s next generation on the importance of protecting Indonesia’s waterways and keeping them free from plastic. 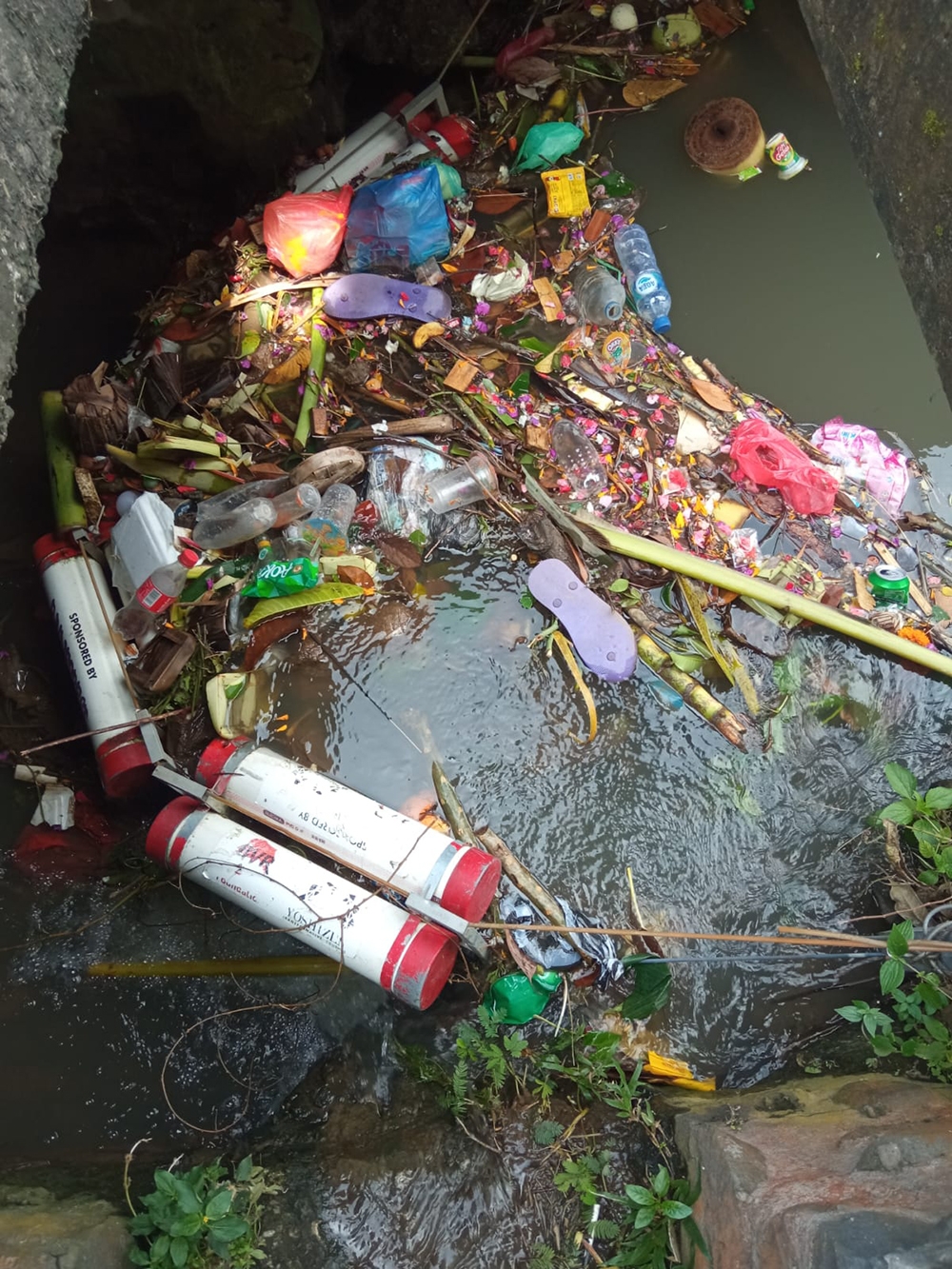 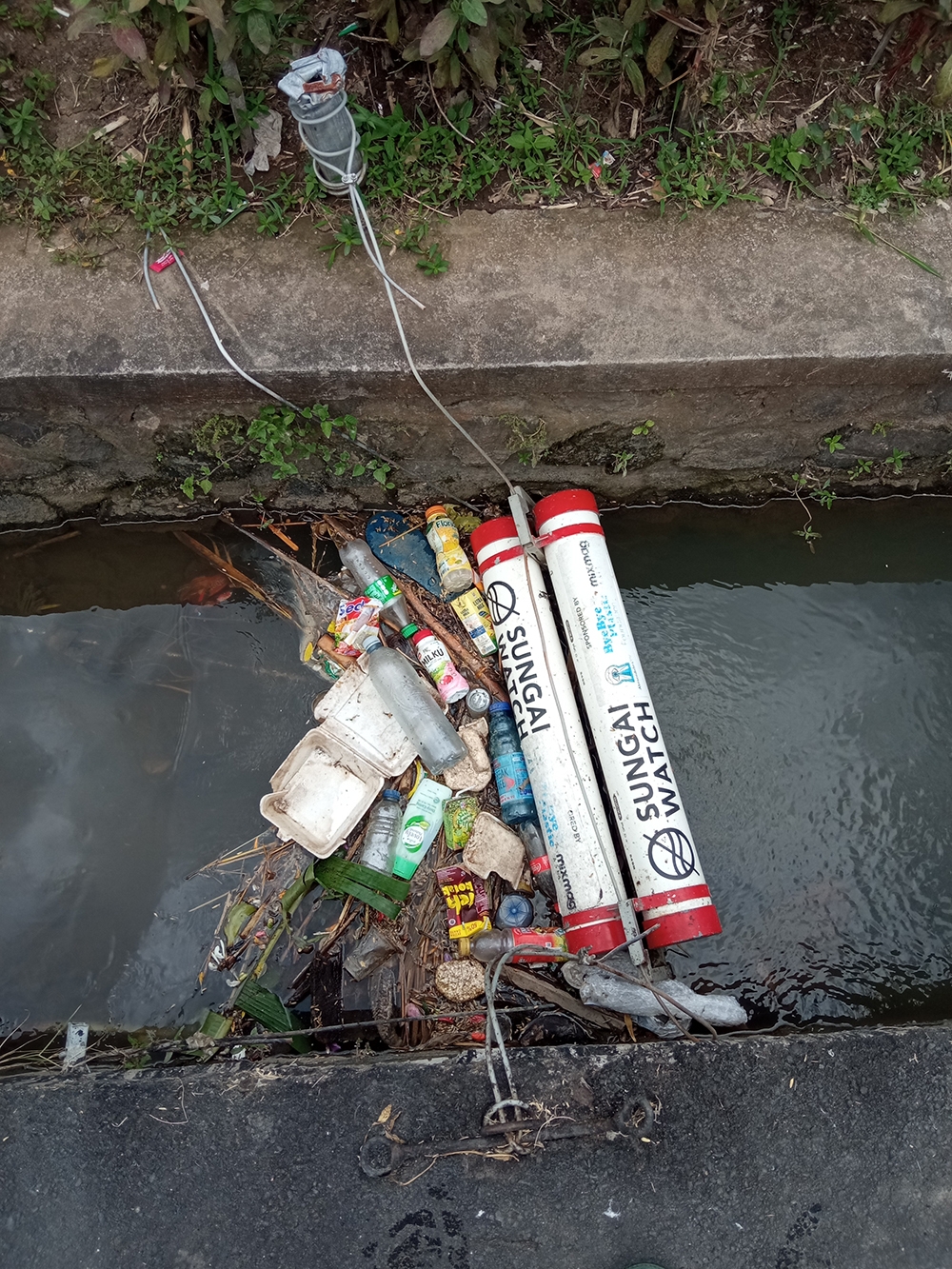 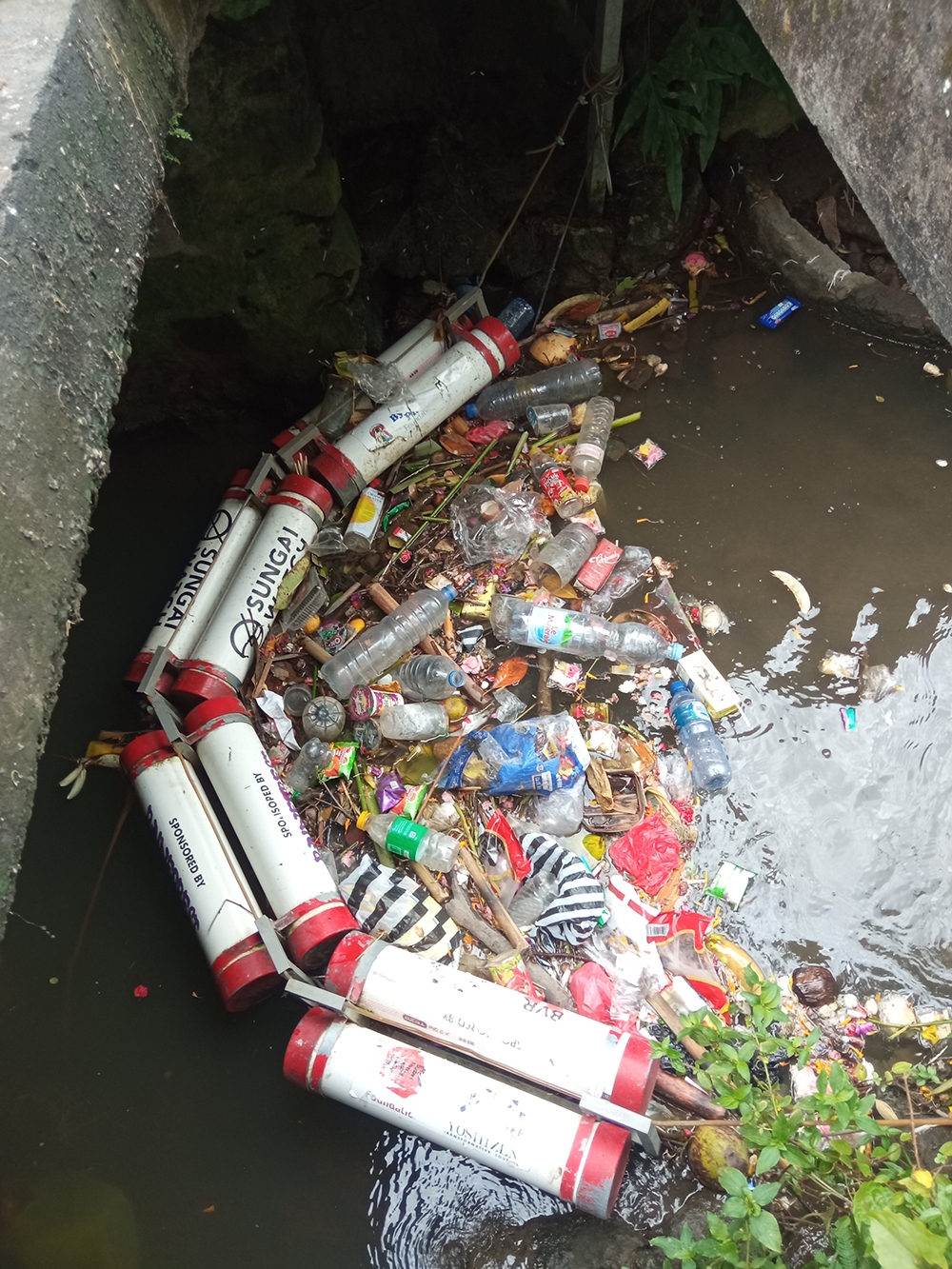 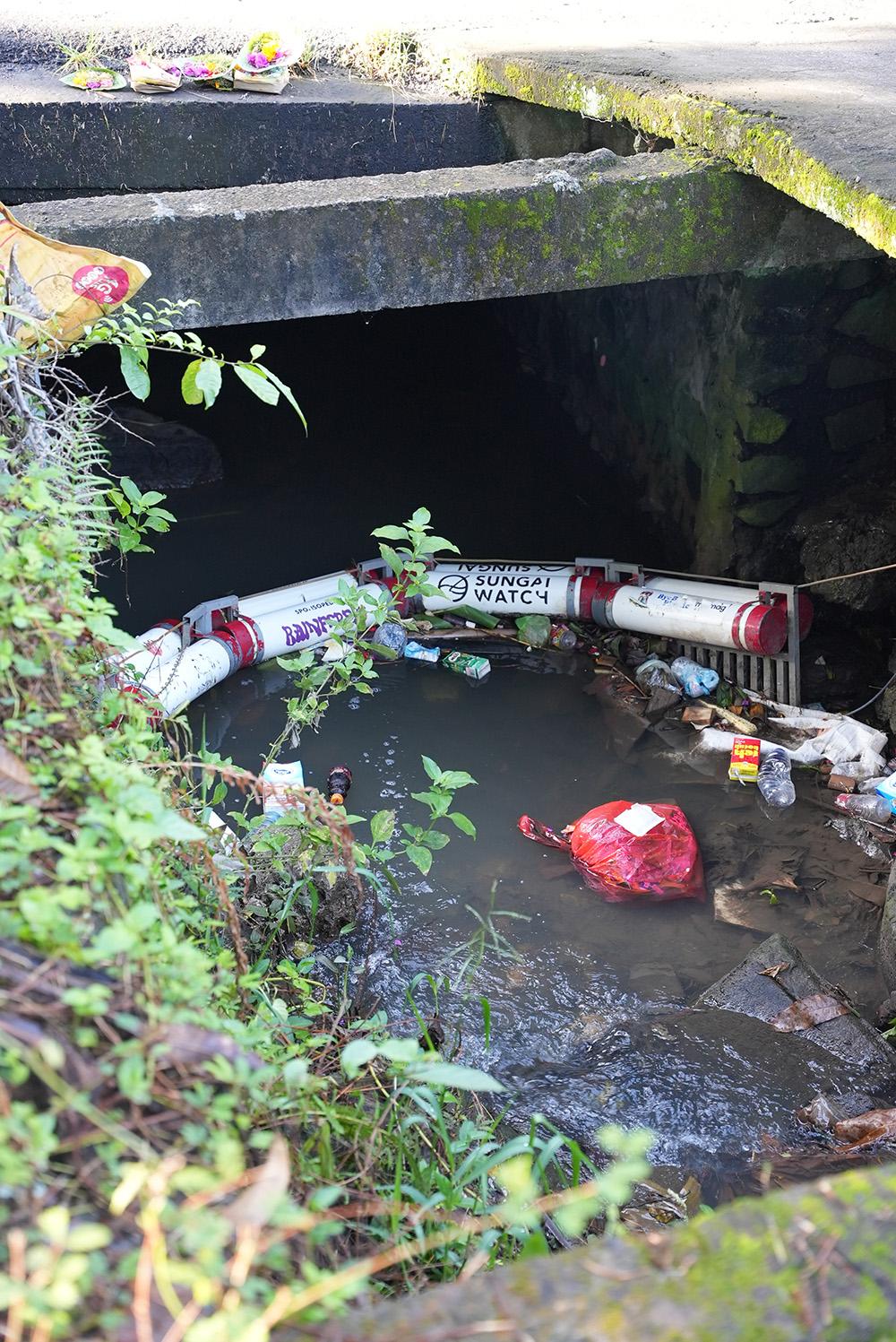 At Mixmag Asia, every day is Earth Day. We believe that the music industry is a huge contributor to the global plastic crisis, with high volume clubs and festivals being amongst the biggest garbage generators. According to data collected by Bye Bye Plastic, a foundation led by BLOND:ISH, the average 50,000 person festival creates about 100 tonnes of waste per event. (And trash can still be found on the grounds of the iconic Woodstock Festival that happened in 1969). But the music industry is also a powerful place where an artist’s voice carries weight and influence via music; so we thought, what if star power could be used to benefit the ecosystems that we, from time to time, call our dance floors? Our mission is to engage and inspire artists, event organisers and music fans in our community to be a catalyst for change and use the power of music to give back to Planet Earth. To support this, last year we founded Green Room and are committed to providing coverage to those looking to lessen the impact of the music industry on our planet.

The other 364 days of the year following Earth Day, Sungai Watch is out there cleaning rivers, beaches and landfills morning to night. As a music community that often turns to Bali for its affordable hedonism delivered on sandy dance floors, consider giving back by getting involved and joining a clean-up, donating to Sungai Watch or sponsoring an element to a barrier. Learn more about the situation in Bali and connect with Sungai Watch here.

Read this next: Watch the first episode of Planet2Planet with Nicole Moudaber 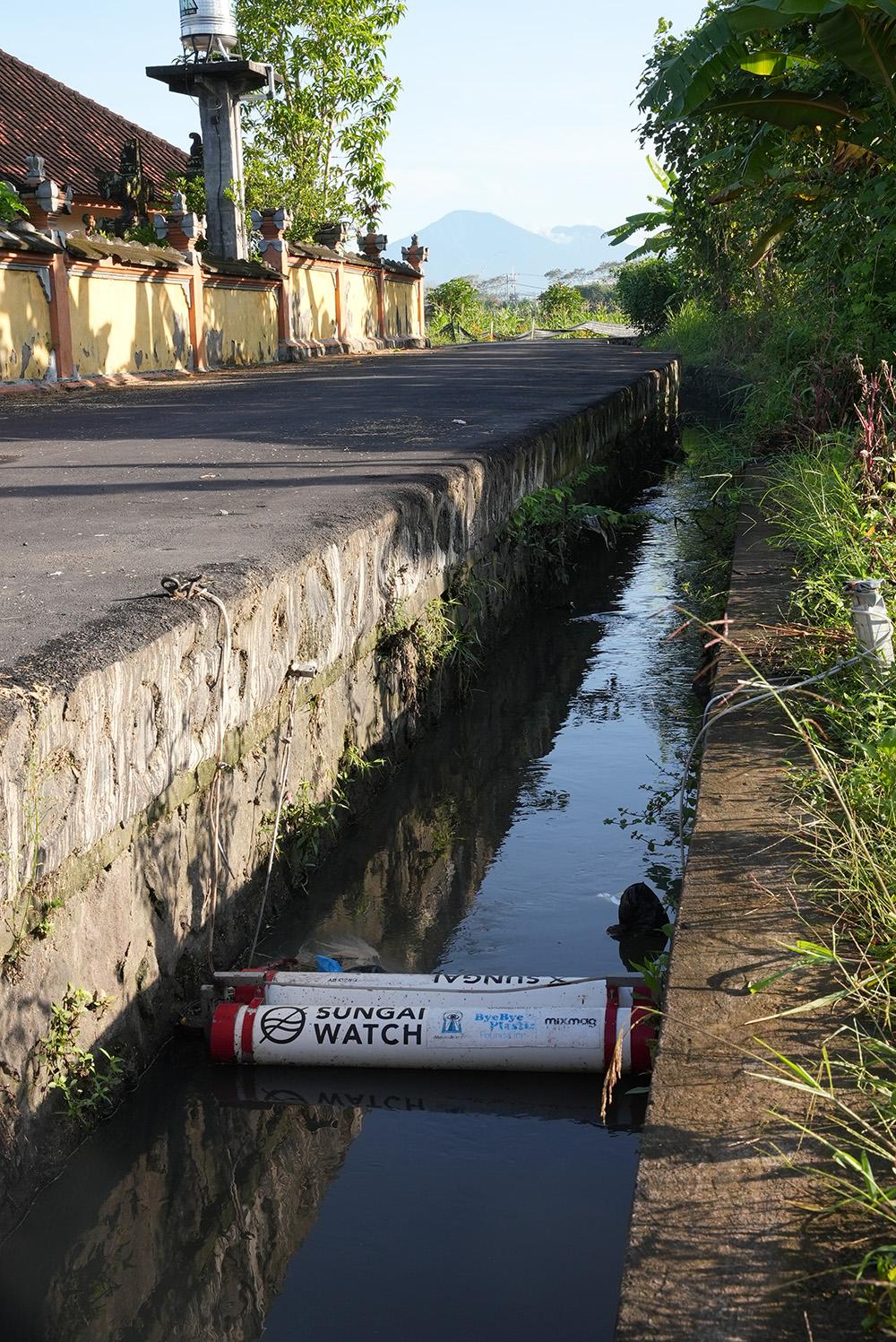 Sungai Watch is a Bali-based community clean-up operation and environmental organisation on a mission to protect Bali’s waterways. The project is founded by Make A Change World, which is operated by three siblings: Gary Bencheghib, Sam Bencheghib and Kelly Bencheghib, a family of change-makers and do-gooders who have been cleaning up coastlines since they were kids. Since August of 2020, together with their team, they have collected more than 349,021 kgs of plastic from rivers around Indonesia via barriers and walkers they install in rivers around the country to catch the rubbish before it spills out into the ocean—and they are on track to install 1,000 nationwide. They built up a team of people who lost their jobs due to COVID and head out daily to collect what they catch; then it gets sorted, processed, shredded and innovated, where it will eventually be turned into new commodities like a first-ever barrier made entirely from recycled plastic bags and trash bins that are starting to pop up around Bali. Want to sponsor a barrier or community bin? Each element to a barrier costs around 3 million IDR (just over $200) and that covers the cost of set-up, full collection every day as well as sorting and innovating. Learn more about Sungai Watch here.

Read this next: DJs4CA hold an open call for music creatives to join Earth Night