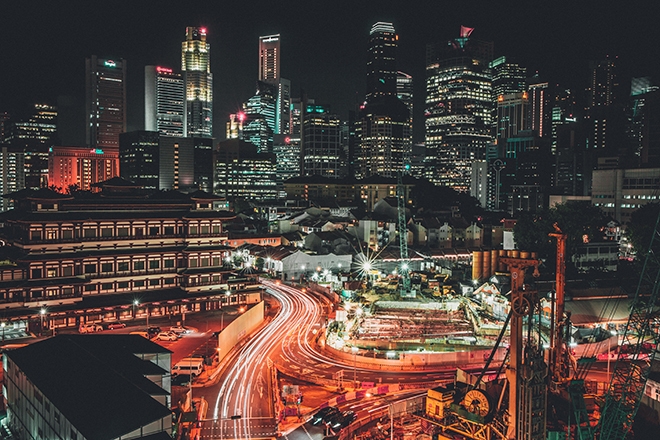 Unlike other places in Asia like Taiwan, Vietnam and Hong Kong, no one in Singapore expected clubs to open anytime soon but the government's latest announcement has made an already dismal notion a very grim reality.

Yesterday, Singapore announced a three-part plan to lifting COVID-19 restrictions and restarting the economy when its “circuit breaker” expires on June 1. The entertainment industry, which includes bars, pubs, cinemas and nightclubs, was the first ordered shut — and will be amongst the last to return.

Phase one of easing restrictions will begin on June 2 and go beyond essentials services, as it will include hair salons and barbers, home servicing and deliveries, places of worship for private practice, small weddings of 10 people and daily classes for those that are graduating. This phase is expected to last at least four weeks.

Dine-in, retail food outlets, gyms, fitness studios and small gatherings are part of phase two, which has no official start date attached to it and could be weeks, or even months away. Even when it officially begins, it’s predicted to take months to roll out depending on the situation.

Finally, once the situation is stable, phase three will be introduced and see bars, cinemas and nightclubs reopen. This phase also includes medium-sized gatherings (festivals?). Furthermore, phase three will remain in place until there is a vaccine or treatment for COVID-19, and can be considered the “new normal”.

This plan is by no means set in stone, and the rollout could be further amended if the number of infections spike. Despite a lockdown and closing its borders, as of writing Singapore has reported a total of 28,794 infections with 451 new cases yesterday.

What does this mean for nightclubs in Singapore? It pains us to think about it.

“It’s going to be extremely difficult for clubs, bars and anyone in the entertainment industry to survive and hold out until phase three of the reopening plans”, says Zig Zach, a well-known DJ and promoter in the city. “With fixed costs and some horrible landlords knocking at your door, I’m curious to see who is even going to be around at the end of all this?”

Clubs and small venues all over the world are under threat as a result of the pandemic, but in Asia the situation is worse since these types of establishments aren’t receiving that same kind of government assistance that the industry has been promised in places around Europe and the UK. So far, most small venues around Asia are resorting to self-started fundraisers and selling merch to stay afloat.

In Shanghai, underground club ALL has already opened but the effects of being closed for around two months means it might not survive beyond the end of this month. In Singapore, where rents are exponentially higher and clubs have already been closed for many months (and are expected to be closed for many more months now), what does this mean for its nightclubs and small venues?

"As underdogs, it was already tough making good money at the best of times, but with all this going on at the moment, I really feel for all the venues and businesses,” adds Zach. “Phase two of the reopening plan is said to last “couple of months” so it’s very vague and doesn’t really say much. When nightlife does reopen, it would have to run at reduced capacity so it will make it extremely difficult to recover losses and to stay afloat."

Zach went on to say that amongst his community of industry professionals, they are realistically bracing for Q4 restart. The uncertainty is making it difficult to plan anything for those in his line of work, where events, gigs and tours often take months of planning.

And even when events do start back up again, social distancing to some degree will still be enforced — making music events as we know them...impossible.

“One thing is certain, is that events will have to be run at a reduced capacity to adhere to social distancing laws, which will mean fewer people to cover our costs but still have the same amount of operational, rental and setup costs? This really doesn’t make sense at all from a business perspective.”

With the amount of money flying around Singapore, super clubs like Marquee and Zouk might stand a chance since investors are probably getting pretty bored at home but can small venues like The Council, Tuff Club and the newly opened 222 Arts Club, who rely on bar sales and people in the door to make ends meet, survive? We don't know how they can, but we fucking hope they will.