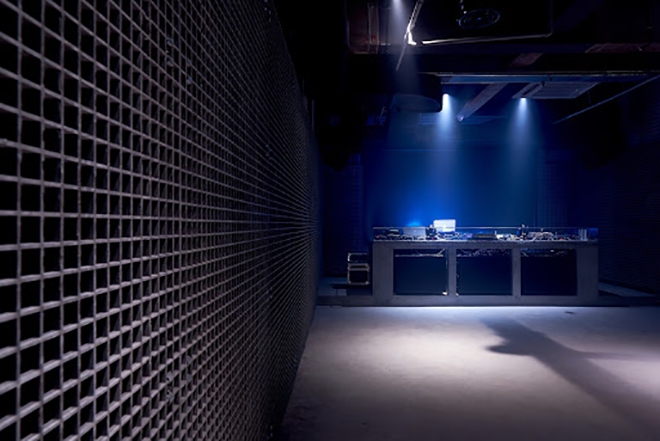 Clubs in China may have been the first in Asia to reopen, but this doesn’t mean that they’re in the clear. ALL Club in Shanghai is facing permanent closure at the end of May unless they can raise more than US$42,000, the club said in a statement posted to WeChat last week.

The three-year-old venue is known for being the city’s playground for forward-thinking electronic music. In January, it was forced to close as a result of the COVID-19 outbreak. It reopened in mid-March but not before amassing a debt substantial enough that it's threatening the club’s future.

"We have now missed out on a few months' earnings, and this has put us up against the wall—rent and wages have gone out without much coming in," the statement read.

In a bid to raise the funds and avoid closure, the club is launching a fundraiser and will be selling merchandise online. There are several items up from grabs at a name-your-price system, including t-shirts from local artists like Kim Laughton, Asian Dope Boys, Genome, Antigen X MondayOFF and SVBKVLT X 33EMYBW.

”All proceeds from sales will go towards digging us out of a hole," said the venue's founder Gaz Williams.

If you’re in China, you can purchase items here, otherwise head to ALL’s Bandcamp here.

Several events planned for this month will also support the initiative, like an actual market featuring items from local designers and artists. “We’re doing Club Exchanges with Elevator in Shanghai (they’re bringing their Medusa night to ALL) and OIL in Shenzhen. LURE is celebrating the launch of a new clothing shop, ‘Frog Bed’, and PAUSE is back for one night only. Outside of Friday and Saturday nights, we’re turning the club into an autotuned KTV, holding the first ALL market, and hosting a two-night video exhibition curated by Alvin Li.”

The month will end with a party that will either be the last-ever event or a celebration of its survival. The club is, however, hopeful.

“As we said before, we wouldn't be asking for support unless things were critical, which unfortunately they now are. Although times are tough right now, we believe in the long run this will strengthen the community, deeper connections will be made and new things will be born. We are truly grateful for everyone pulling out all the stops to keep us alive after May, and we hope to see you at ALL some point over the next month and hopefully beyond.”

See this month’s program below. 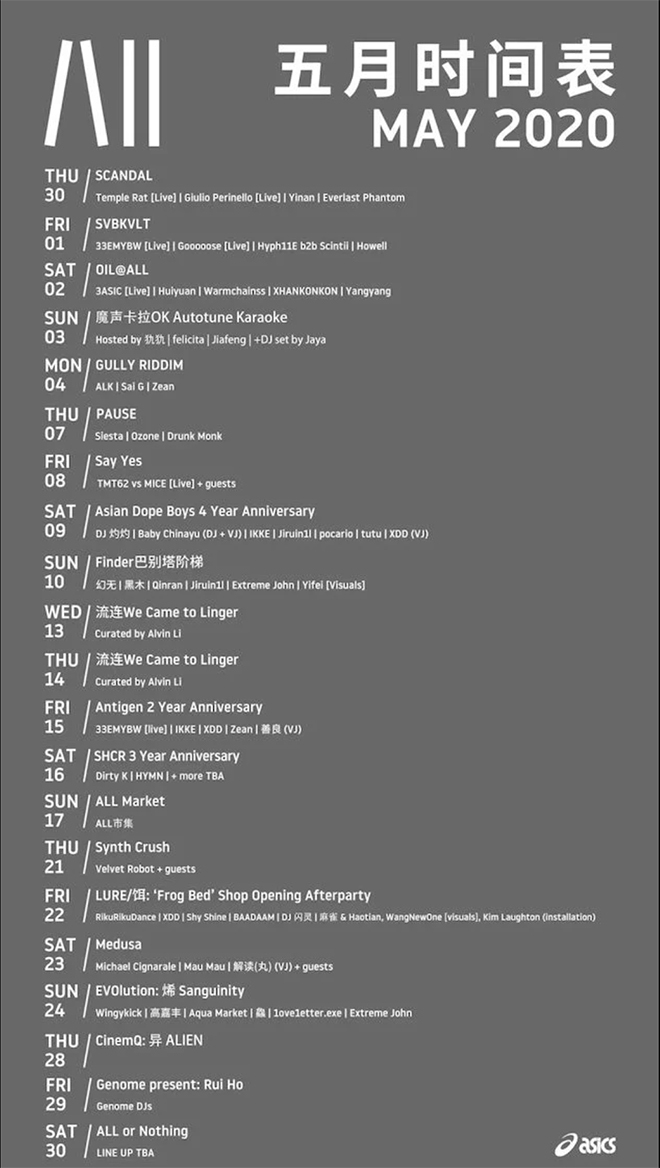 ALL is the second coming of Shanghai’s now-defunct but still etched in our memories club Shelter, a bomb shelter-turned-basement club that closed in 2016.