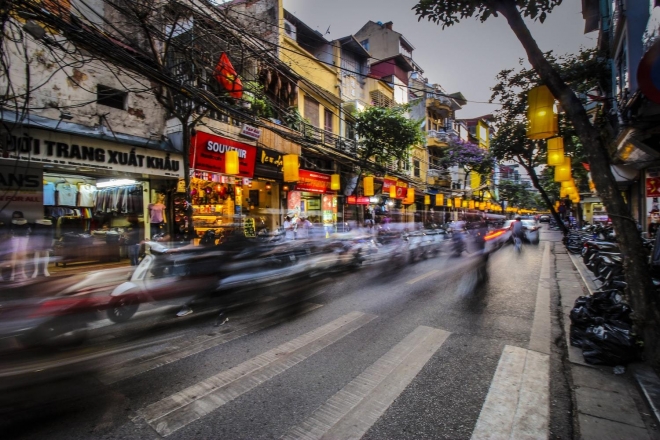 Vietnam recorded its first cases of COVID-19 on January 23. Since then, the country has been praised for its organised epidemic control and has even been compared to Taiwan and South Korea. After social distancing practices were implemented in March, clubs across the country were forced to shutter their doors.

The efforts paid off. As of May 13, Vietnam had confirmed just 288 cases, with 252 recoveries and zero deaths — and the country has set an example for the rest of the world. And now, coming on 28 days without any cases, businesses in Vietnam are roaring back to life. Most importantly, so are its clubs.

Let’s be clear: things are moving slowly. Iconic clubs such as 1900 are not yet open. Officially, all services in Vietnam except clubs and KTV bars are allowed to open again. But according to social media, clubs like 1900 are enthusiastic about reopening soon, but are just waiting for the government’s permission before making it official.

(The post says that't they're looking forward to reopening soon, and that they miss their fans)

Some venues are reopening but abiding by their own very strict hygiene rules. We’re talking about BamBam, Hero Bar, Arcan, Lighthouse and Broma, with more to follow potentially as soon as next week. In Saigon, BamBam has been back in business since May 8.

Hero bar has been open since May 11.

In Ho Chi Minh City, The Observatory will be reopening its terrace on May 14.

From today, we are open only on the terrace as a bar until 2 AM

Posted by The Observatory on Thursday, 14 May 2020

Arcan will reopen on May 15 with their resident party starters made up of Wyad, Basara, Hinu, Dema and DBP Basslines.

We Are Back !! Arcan Party tonight with the resident crew : Wyad, Basara, Hinu, Dema and DBP Basslines. Tmr we host...

And finally, The Lighthouse in Saigon will reopen May 15 with a bunch of local talents.

Friday : We made it! Tonight we are presenting a selection of local DJs. You are hungry for the power? Your feet will be bleeding after this night We have 9 DJs on 2 floors and we charge no entrance, but we appreciate a donation. . . . . #thelighthouse #saigon #clubbing #thelighthousesaigon #saigonnightlife #hcmc #vietnamclubbing #saigonclub #rooftopcocktails #rooftoplounge #rooftopbar #nightlife #dance #undergroundmusic #clubs #vietnam #saigon #hochiminh #hochiminhcith #rooftopsaigon #saigonunderground #saigonese #cocktails #rooftopbar #rooftop #bar #cocktails #drinks #cocktail #nightlife #dj #cocktailbar

Surely, it won’t be long for Vietnam to be fully operational. But still, don’t let your guard down and stay safe out there.