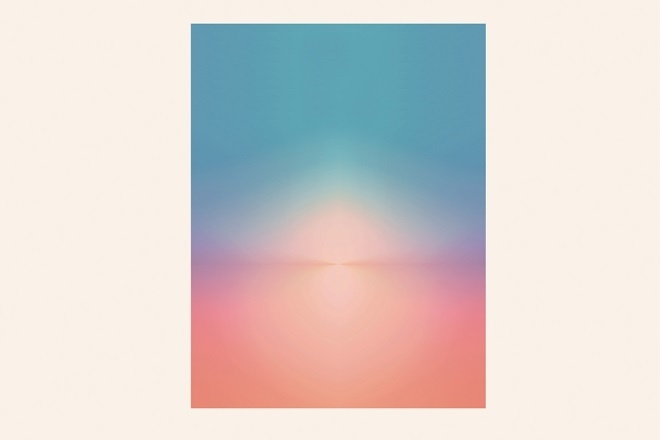 Originally released in 1987, 'Resonance' was Japanese pianist Yumiko Morioka's first and only solo recording. Though the album was well-received its audience was limited – with the piece primarily featuring as a soundtrack to Japanese TV documentaries, maternity clinics and healing shops – before drifting into relative obscurity. Morioka relocated to America in 1994 and had at that time walked away from her solo music career to instead focus on raising her family. Meanwhile, her album had steadily begun to garner the attention of the digging community, thanks in part to blog posts and YouTube clips uploaded by its admirers. After being mesmerised by the music themselves, the Métron Records team attempted to track down Morioka to discuss a potential re-issue.

When they eventually made contact with her in 2017, they found that she had recently experienced a life-changing disaster when her home was destroyed by the Californian wildfires that had ravaged the state that year. All of her possession, musical equipment and recordings had been lost -- though thankfully Morioka managed to escape unhurt thanks to a quick-thinking neighbour who had raised the alarm. Having lived through the pain of watching her home burn to the ground, she returned to Japan where she found work writing music for commercial projects and pop acts, before eventually opening her own chocolate shop in Tokyo. When the call came from the label, Morioka was shocked to hear that her recording had captured the imagination of a new audience, and happily, the wheels were set in motion for this lovingly restored re-issue to rise again.

Classically trained and a lifelong student of the piano, Morioka's musical journey led her to explore the more abstract and contemporary works of producers including Brian Eno, as well as avant-garde Parisian composer Erik Satie. It's these influences – alongside the environmental music culture prevalent in Japan during the late '80s – that went on to inform and inspire the compositions that make up the album. 'Resonance' explores the space between notes, and as such, the delicately played music is blessed with an inviting sense of space and openness combined with a timeless and soothing quality. The album has been carefully remastered by Séance Centre's Brandon Hocura and refreshed with new artwork by Métron Records’ label head Jack Hardwicke.

Yumiko Morioka 'Resonance' is out on Métron Records April 15. The album will be available on a limited vinyl run as well as digitally. You can listen and buy it here