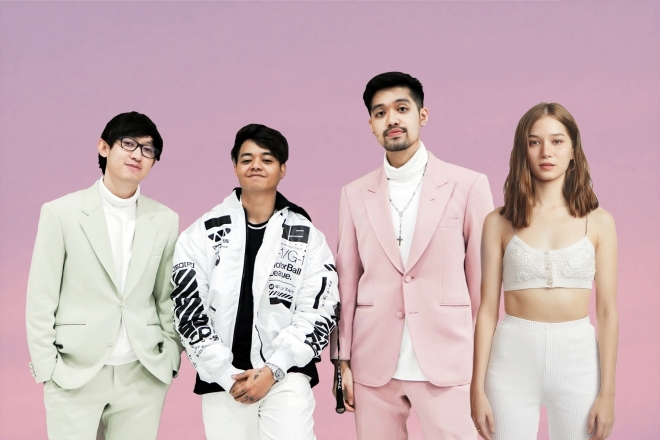 A shift in sound from their usual output of festival bangers comes a new release with an emotional sonic palette from Indonesian dance music trio Weird Genius, who collaborated with Thai-Belgian pop singer-songwriter Violette Wautier for ‘Future Ghost’ via Astralwerks.

‘Future Ghost’ was born in the confusing world of the pandemic, which meant that travelling across international borders was an obstacle that both Weird Genius and Violette Wautier had to overcome. The track was produced entirely online via Zoom calls, Google drives, Dropbox and e-mails — which included the instrumentals to mixing, mastering, recording and even filming their music video separately in Bali and Thailand. Surprisingly, the band only communicated with Violette for the first time two days prior to the release — talk about the amazing team they have behind them.

The release of this new single falls outside of Weird Genius’ normal realm of electronic work, who are known for tracks like their breakout tune ‘Lathi’, which soared to the top of charts across Southeast Asia, ‘Hush’ with Yellow Claw and even a track on RIOT’s League of Legends featuring Tabitha Nauser. Instead, ‘Future Ghost’ stems from the pandemic despair and the song's tempo reflects the lack of festivals over the last two years.

“During the pandemic, it was a little bit hard for people to relate to a hard banger because we haven’t been in the clubs or festivals for so long," explains Gerald Liu, one half of Weird Genius. "So it was a bit hard for us to be inspired by making super bassy tracks, or our typical dance tracks. The song is a result of the environment we’re in right now, which resulted in us making ‘Future Ghost’.

What is recognizable in the tune however is the group’s use of traditional Indonesian sounds and instruments, a trait that has come to define Weird Genius since ‘Lathi’ was released in 2020. “We always try to put in a couple of Indonesian instruments into the hooks of the song or at the start," Gerald adds. "For ‘Future Ghost’, we put a bit of gamelan in the drop and we put in a little bit of angklung during the fills between the drop. We mixed it a bit with a synth instrument so it’s not very prominent in the song."

By staying true to their roots, their unique sound has become recognizable in the worlds of contemporary pop, future bass and trap globally, and landed the trio — made up of Eka Gustiwana, Reza (YB) Oktovian and Gerald Liu — on Universal Music’s electronic music arm Astralwerks as the first Asian act to be signed to the label.

The song’s more visceral sound was also a result of its narrative, carried out by Violette Wautier whose crystalline vocals fit perfectly over the song’s emotional palette, altogether resonating with memories of the past. “It’s about relationships with anybody, where you know it will have to end and it’s for those who have to say their goodbyes,” Violetta says. “You know you have to say goodbye and you don’t want to let go for now.”

“We’ve released seven to eight songs and this is one of the deepest songs — even my spouse cried and it reminds her of her past,” adds Weird Genius’ Eka.

Take a dive into the heartbreak and tragedy of ‘Future Ghost’ via the official music video that takes viewers from the beautiful oceans of Bali to Violette’s celestial voice in Thailand.

‘Future Ghost’ by Weird Genius with Violette Wautier was released on September 10 via Astrawerks. Find it here.