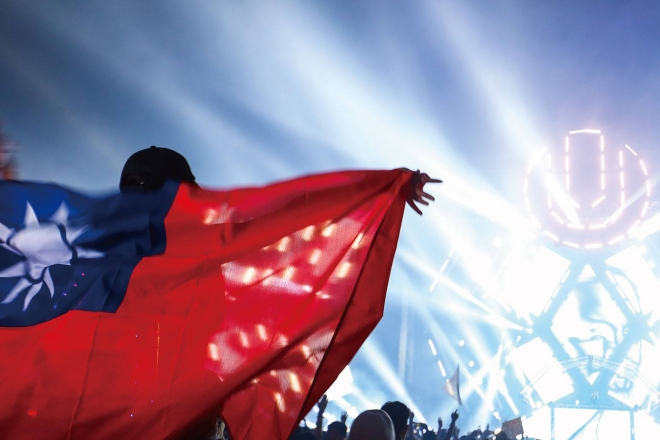 Taiwan has become the ultimate getaway for all sizes of DJs in 2020 after the island nation curbed the coronavirus and made headlines for being amongst the first festivals to successfully unfold in 2020 and with international headliners. After sitting a two-week quarantine, DJs Mike Williams and Danny Avila played S2O Festival last month in front of 25,000 people.

Following the success of the event, we suspected Ultra would be paying close attention as they had a November date pencilled in. We predicted well because yesterday brand announced via Facebook that they would be moving forward with a one day Road to Ultra event on November 14 in Taipei (tier one tickets sold out three hours later).

The line-up features Alesso who will appear in his true and human form taking the top spot on the bill, with Kayzo, Slander and Vini Vinci also scheduled to appear. All international artists are expected to sit two-weeks quarantine before being allowed to play the event, and we're predicting a couple club shows off the back of that. DJ Junior and RayRay will be supporting on the regional front.

The event in Taiwan would be only the second branded event by Ultra the year after the coronavirus swept through the industry and forced the cancellations of nearly every music event scheduled for 2020 (also known as the worst year in our lifetime). Since the onset of the pandemic globally in January, Ultra has had just other event and that was in Australia in early March. Ultra Abu Dhabi, Ultra Miami, and Road to Ultra India were all cancelled. The brand usually hosts dozens of events worldwide every year with more than ten of those in Asia alone.

Ultra first launched in Taiwan in 2014 as a Road To Ultra event and took place annually until it was upgraded to a full-blown Ultra event in 2018.

Taiwan is a densely populated island with a population of 23 million and has recorded just 518 cases since day one of the pandemic. They have not had a locally transmitted case since April and thus Taiwan has escaped relatively unscathed thus far with bars and nightclubs operating at full capacity with some not even closing at all (there was no lockdown).

Road to Ultra Taiwan takes place on November 14 at the Dajia Riverside Park, the same location as in previous years. Purchase tickets here.