A couple of weeks ago, Dutch DJ Mike Williams played in front of 25,000 people at S2O Festival in Taiwan while the rest of the music industry was being decimated by the pandemic. How did this happen? A lot of work between the government and the organisers coupled with two weeks of quarantine. It's important the note that Taiwan hasn't had a local COVID case since April (this is how they did it). Off the back end of quarantine, Mike played the festival, a couple of club shows and got to immerse himself in travel and culture. Was it worth the hassle and headache? Let him tell you that... 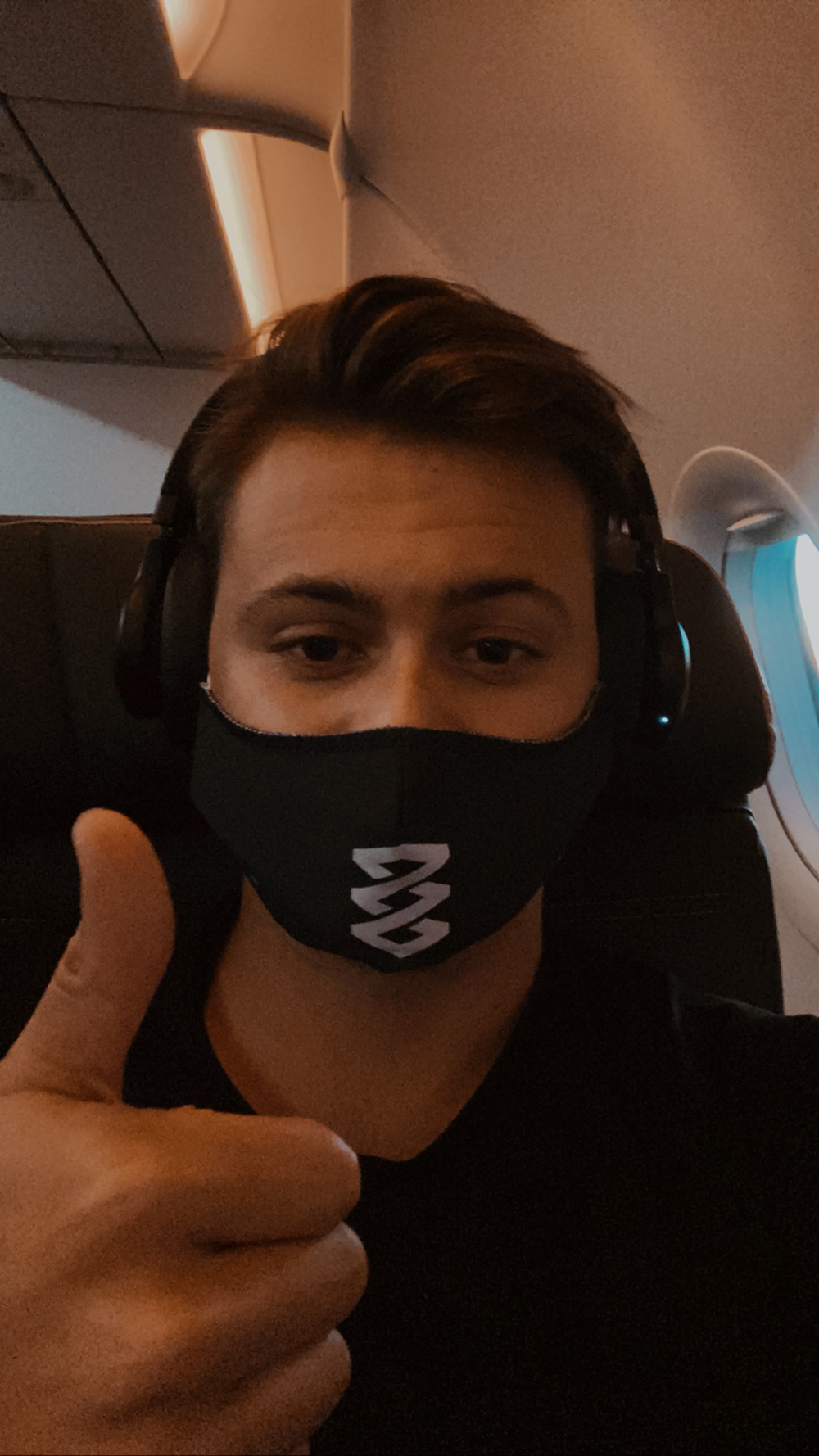 "A quick stop in Istanbul before we can board the plane to Taipei. The airplane is super empty, seems most people are still afraid or banned from travelling unfortunately. It’s a weird feeling because most of the time we fly the airplanes are super full and there are a lot of people walking around at the airport." 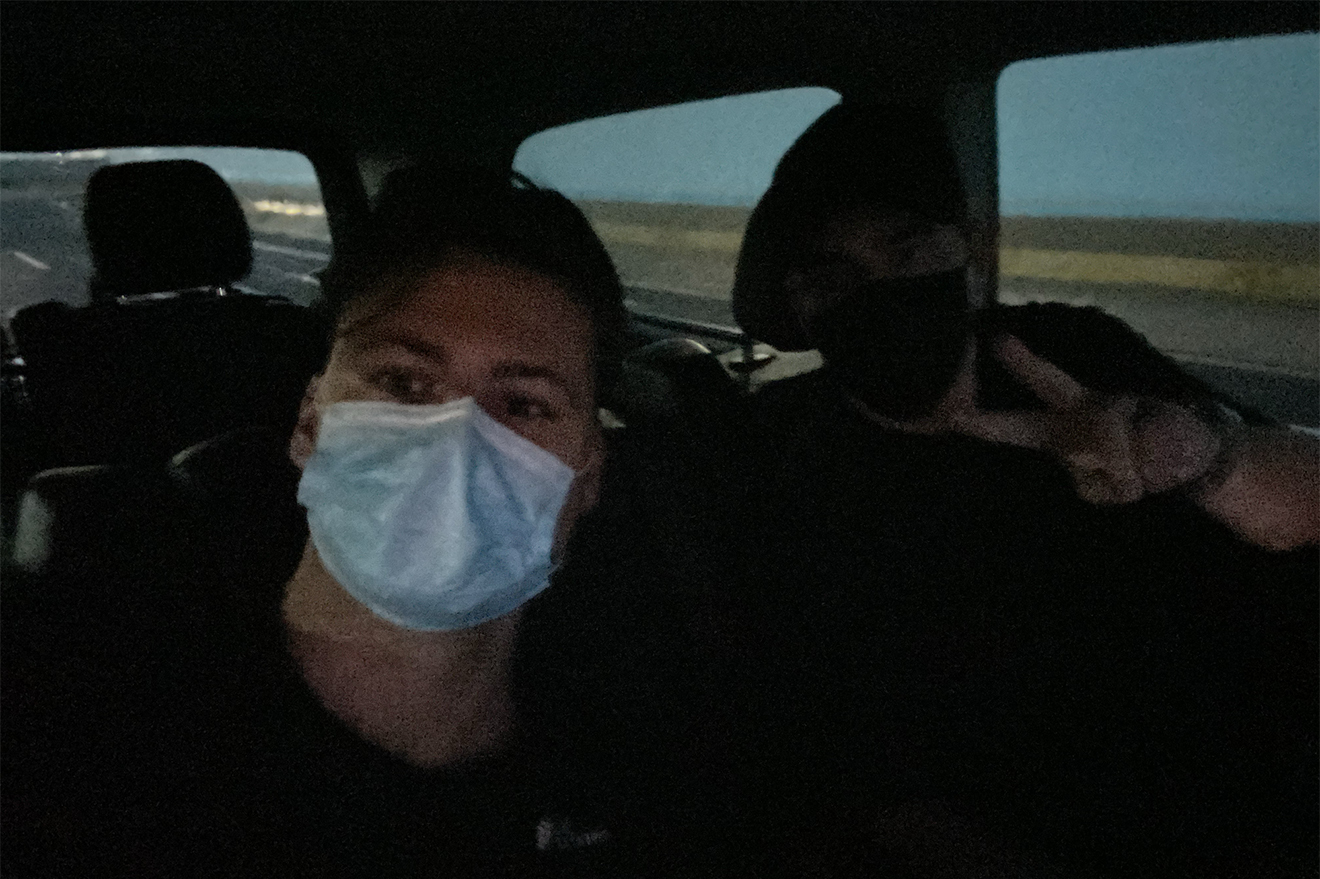 "Both my tour manager Jornt and I are feeling good. Had a lot of sleep on the way. One-hour drive to the AirBnb, so we enjoy the view of the city and the people because in a few minutes we will only see the inside of our apartment for two weeks! I remember the last corner before we entered our streets, we said to each other: This is it!" 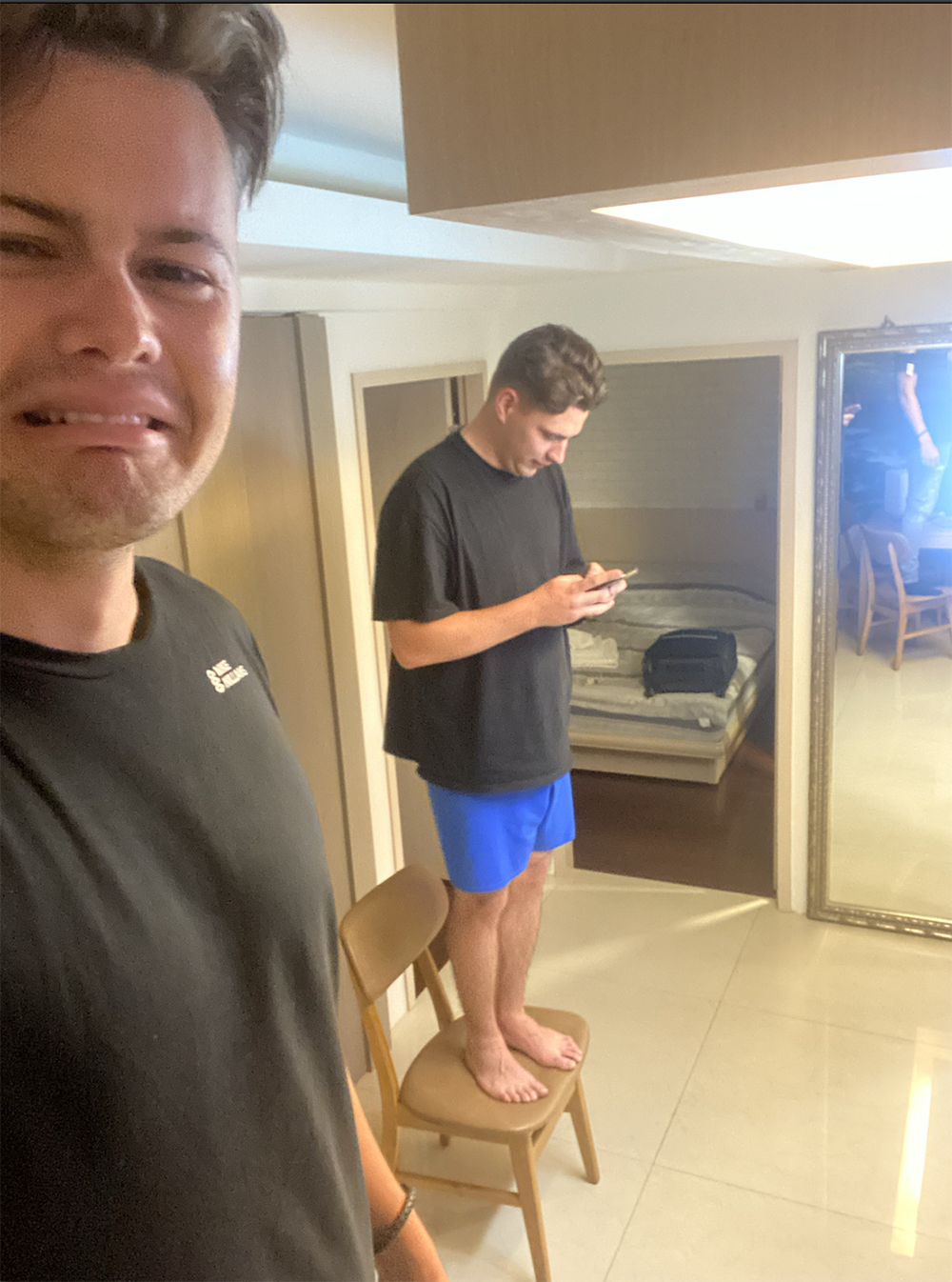 "We found a cockroach the size of a tennis ball. Jornt almost hit the ceiling with his head when he saw it. We both feel like pussy’s and the artist handler is laughing at us through the phone haha! Eventually, they brought insect spray to our door and I caught it with a trash bin. Great start of the two weeks!" 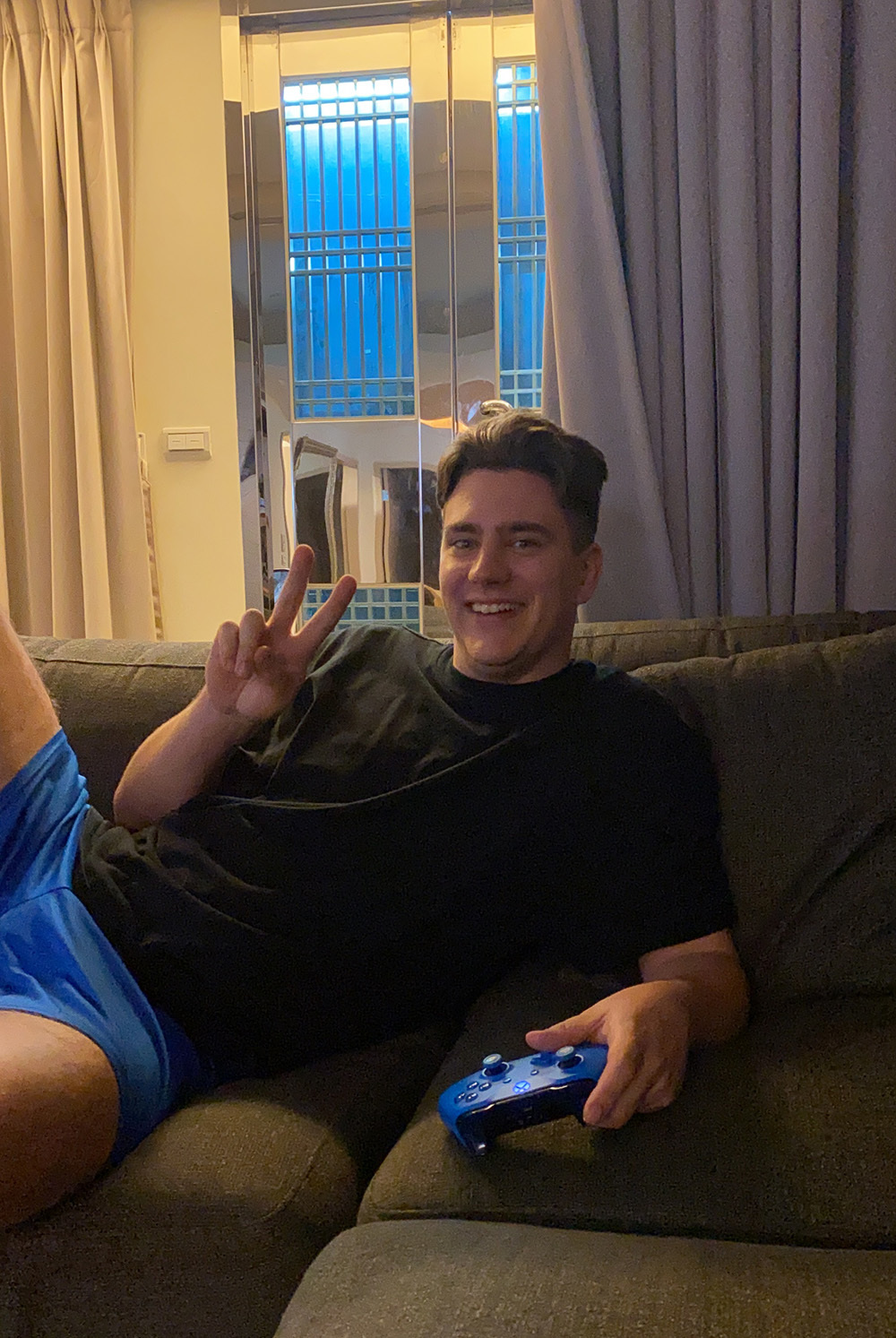 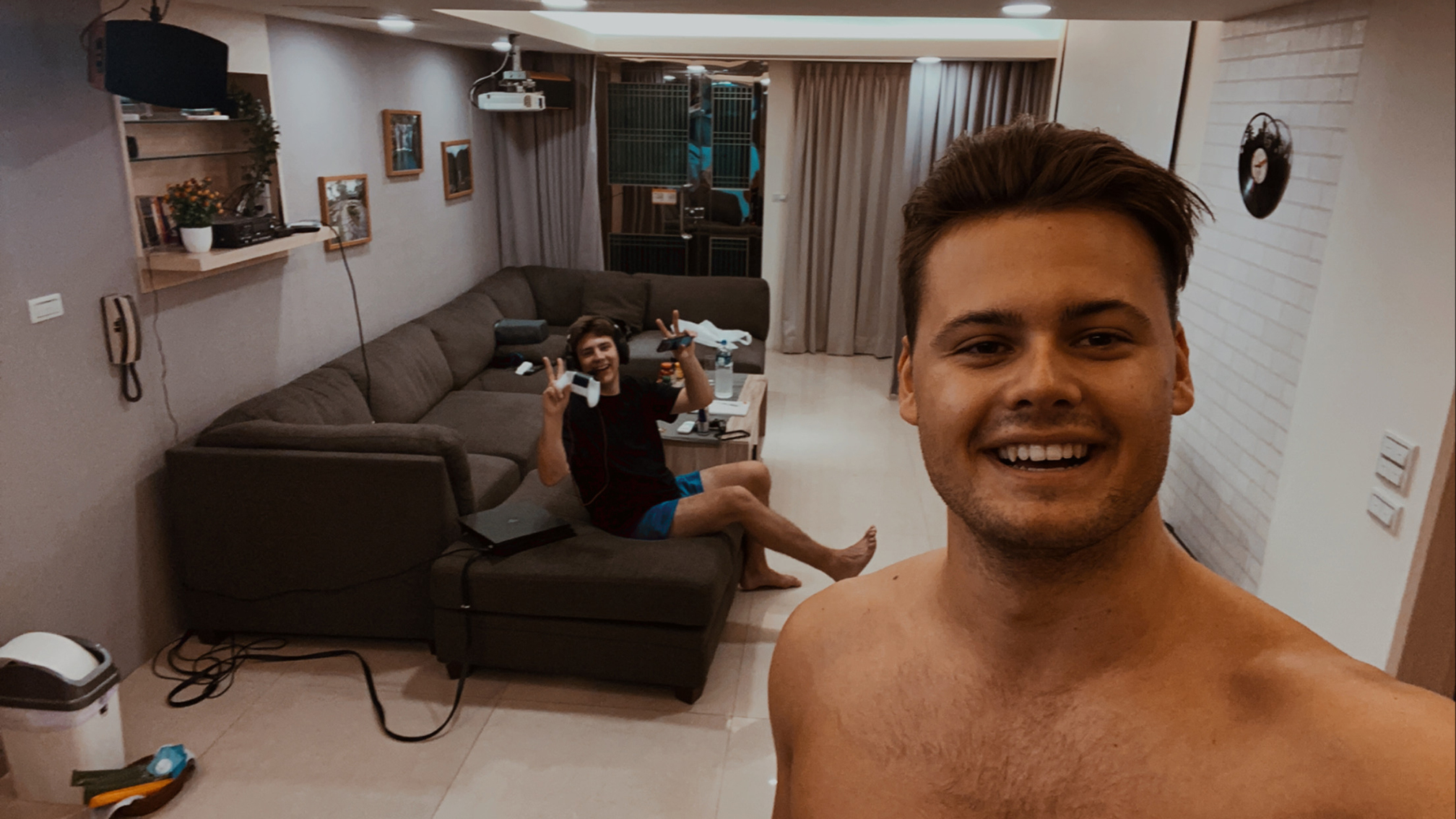 "Our sleep rhythm is completely the opposite from Taiwanese time. Jornt is playing a lot of videogames, I'm trying to work out a bit and make some music with two speakers, a monitor and a laptop. Sometimes I join Jornt on the PlayStation." 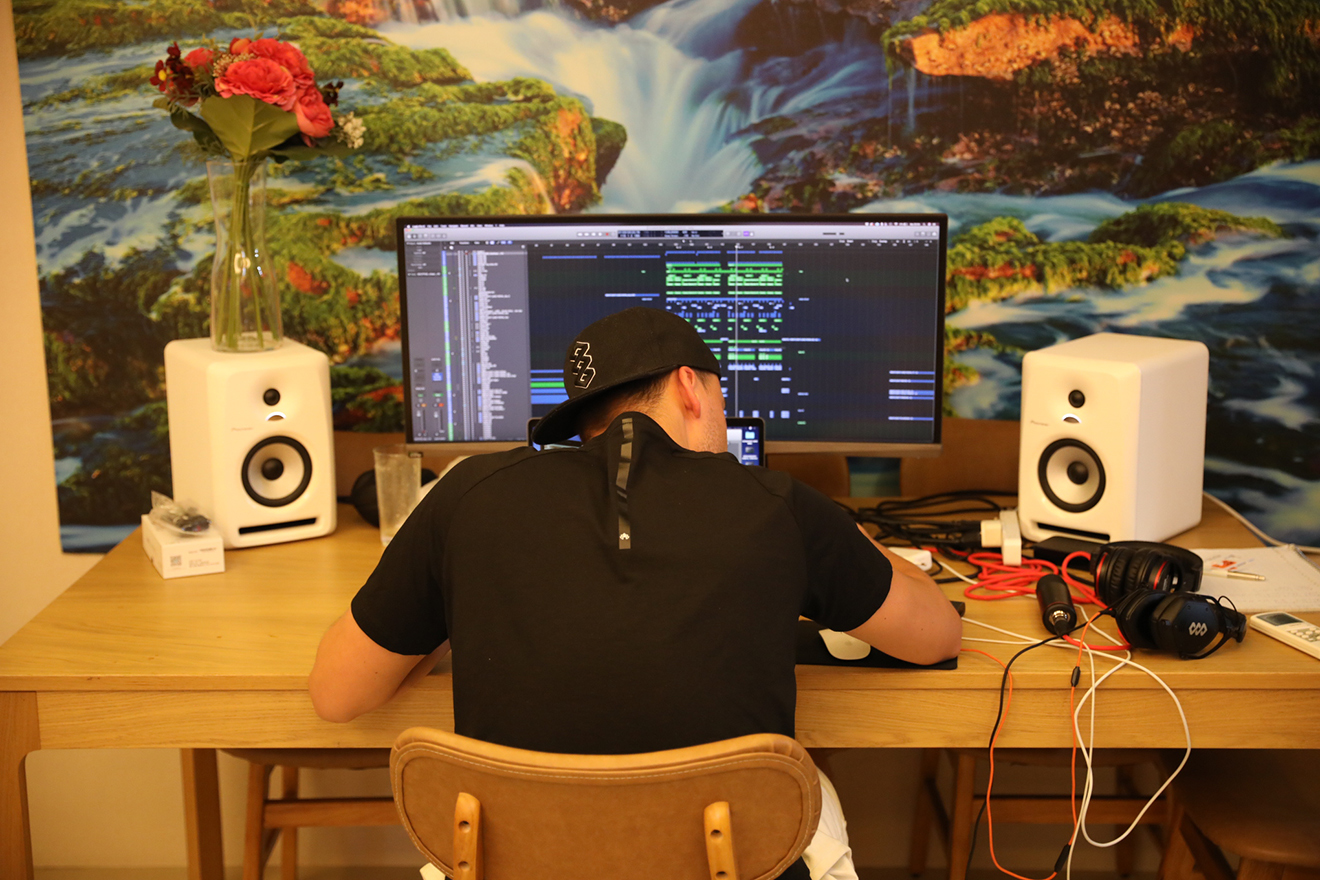 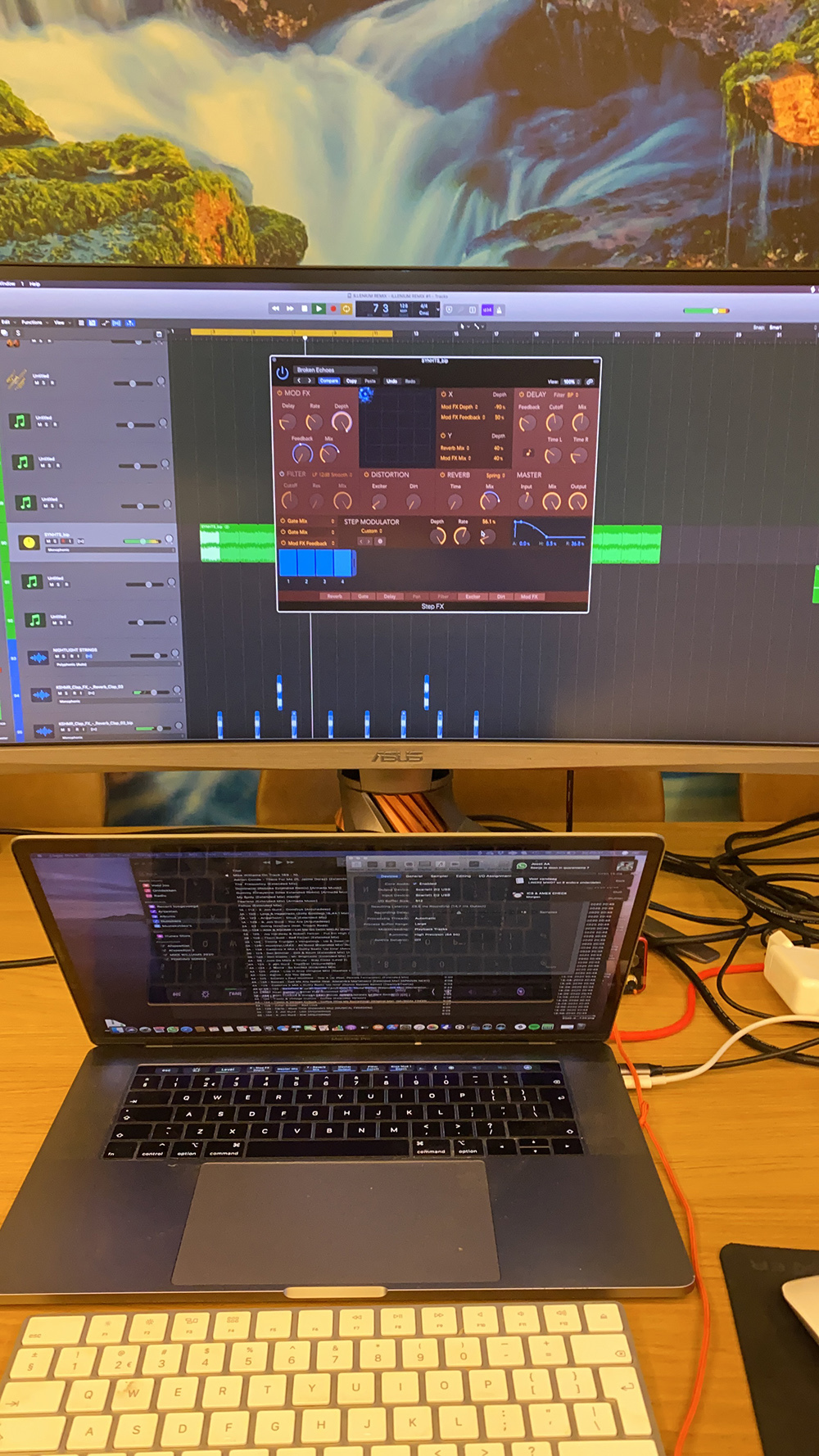 "I'm trying to finish some projects so I can test them out on the festival next week. Also, I'm working on new visuals for my set and a new intro. Super excited to test them out! I have some speakers although I use my headphone a lot. And of course, I have to make my weekly radio show (Mike Williams On Track) which is also broadcasted on a lot of radio stations worldwide."

Lots of time to exercise, little time for motivation 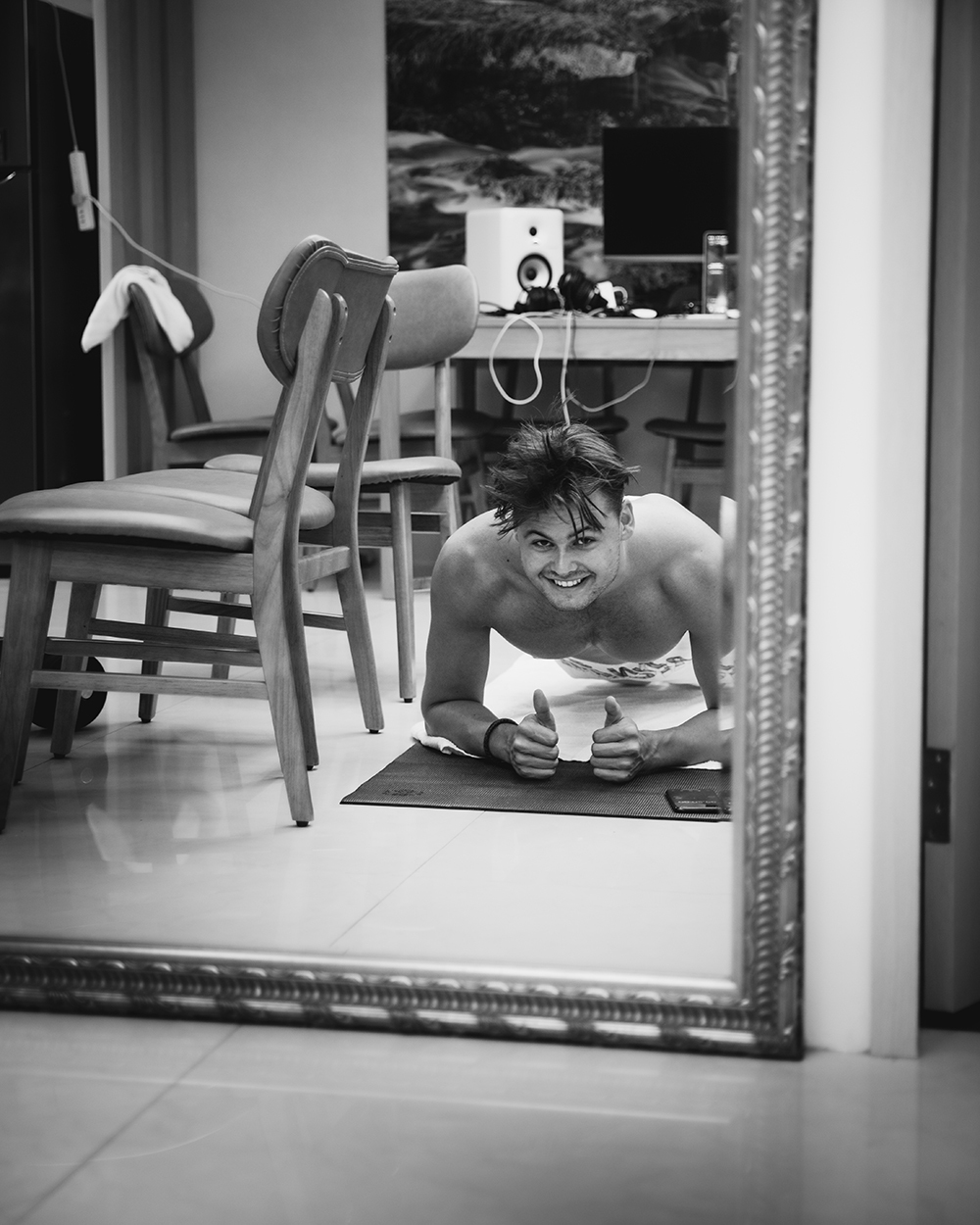 "Trying to do some exercise! The artist handler brought us some weights and equipment. I used a couple of chairs to do benchpress. It’s difficult to find motivation but trying my best!" 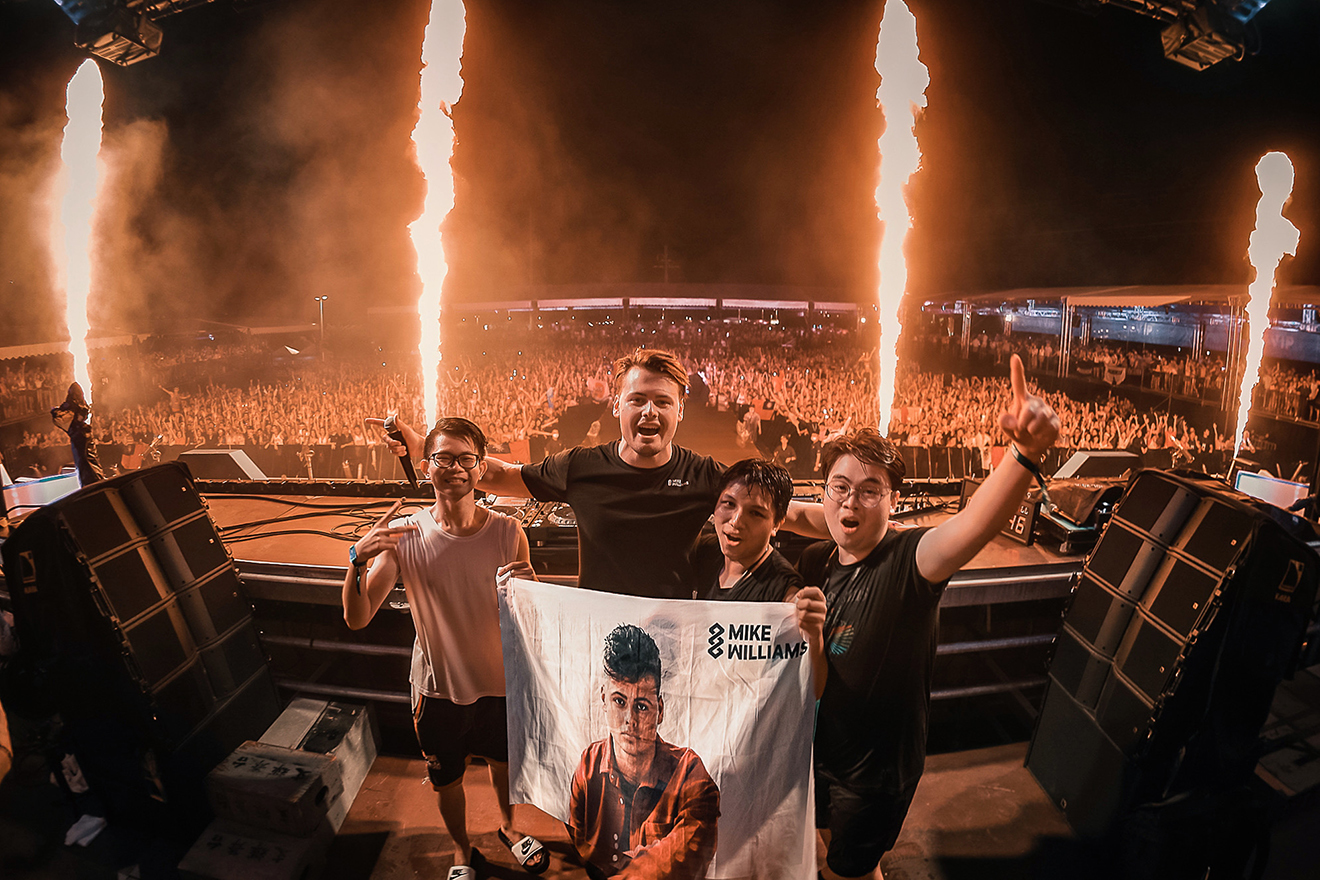 "The day we’ve been waiting for two weeks — S2O Festival. The show was crazy! So many people and everyone was so excited. After being pretty much alone for two weeks, my brain has to get used to the normal (fast) life again. But that show gave me so much energy. Also, the afterparty was so much fun. We did three club shows and one festival in total. People were so nice and knew pretty much every song I played. Also, we visited some friends and met a lot of new people. That week was just incredible."

​Time to explore the city 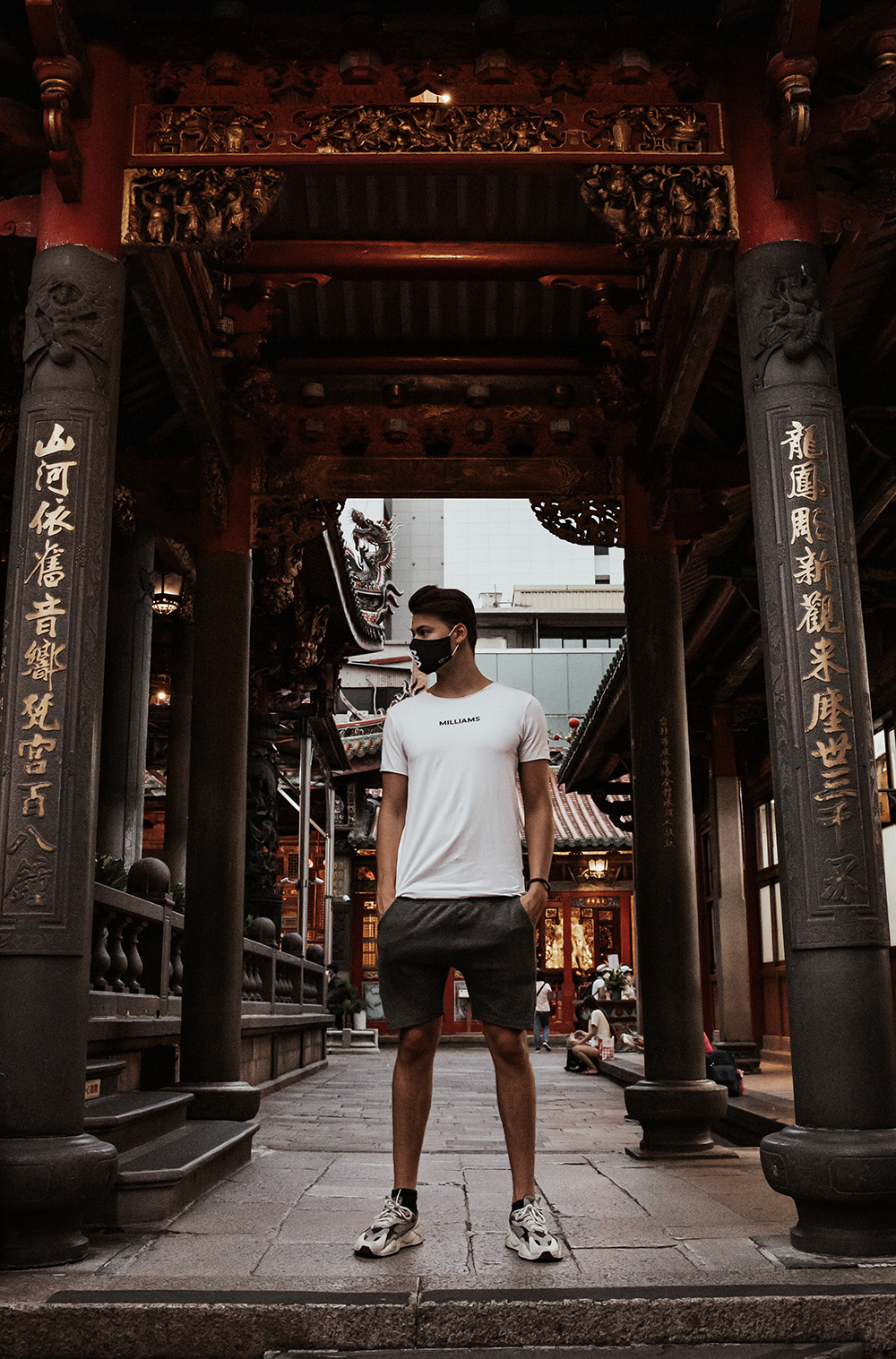 "Although I’ve been to Taipei many times, I've never got to do a proper tour through the city yet. Saw some temples and had some really good food! Almost time to get back home already."

And that's a wrap 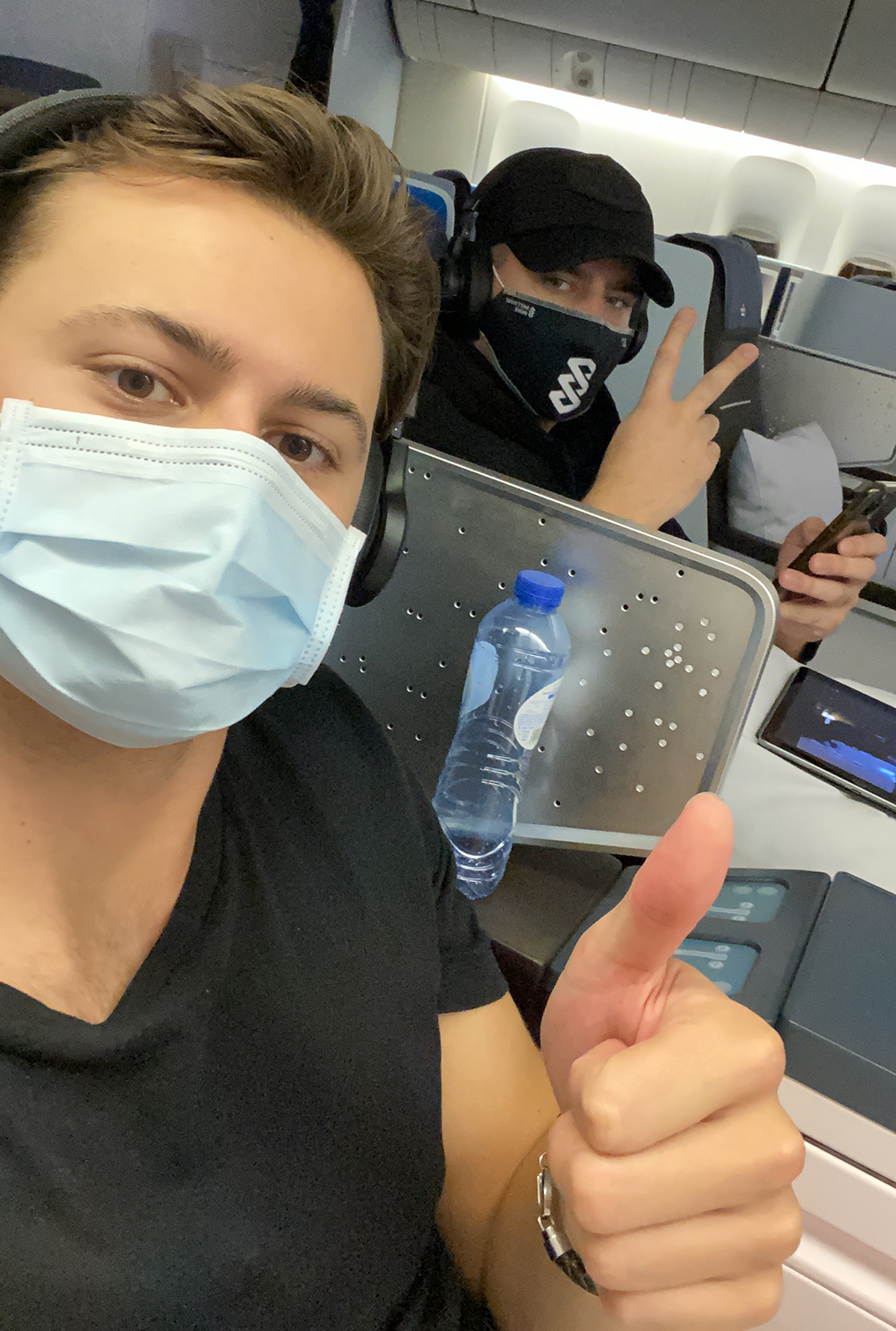 "On our way back to Amsterdam. Again, a completely empty airplane. We went back with a really good feeling. Was it all worth it? 100% YES! I really hope to go back on tour again soon, and I hope to be back in Taipei too! Love you guys"