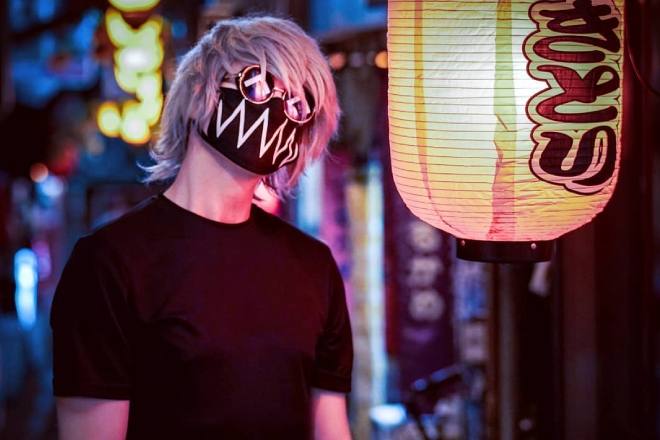 8-bit production techniques and fierce energy have become synonymous with the signature mask that Tokyo Machine is famous for. The ominous and mysterious Japanese electronic dance producer’s most recent hit ‘PLAY’ has done the rounds and garnered a hefty following, but is now being showcased by 9 other talented Asian producers through a remix compilation of the single.

The 9-track compilation takes ‘PLAY’ through a variety of genres including a psytrance version from LA-based duo BEAUZ, a dubstep blowout by Eliminate, some drumstep play by Poni, hard-style with Panda Eyes and Saint Punk keeping things on a modern house-tip.

The masked enigma has developed his semi-fictional persona through Japanese pop-culture influences, always adorned with animal plush toys, and creating animal companions in his artwork who he calls ‘Tokimon’. His online signatures come in the form of kaomoji which are essentially emoticons created from Japanese grammar and characters, and it looks like this — [ ^ vvvv ^ ], which you will find on all his social media posts. Tokyo Machine’s hit single ‘PARTY’ has racked up over 2 million YouTube views since it’s release on Monstercat in 2016. The remix compilation, also released on the same imprint, Monstercat, is expected to peak that stat.

'PLAY (THE REMIXES)' by Tokyo Machine is released on March 25 via Monstercat. You can listen and buy the tracks here.