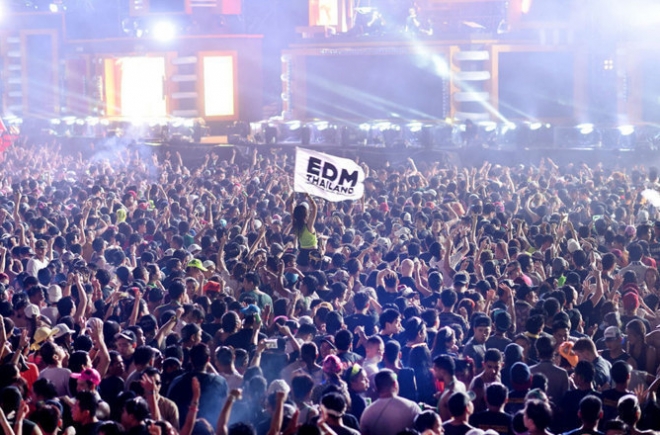 Much of Thailand has gone dark out of respect for the Royal Family and the people of the Kingdom of Thailand after His Majesty King Bhumibol Adulyadej passed on October 13th. With festivals postponed, clubs closed and a midnight curfew in place for almost everything else, the nightlife sector had come to almost a complete halt.

However credible source reported this aftertoon that parties, festivals and other forms of entertainment that were previously banned by the military could resume on November 14th, exactly one month after the death of the King and just ahead of high season.

But organizers and revelers are still encouraged to be respectful of the mourning period, which is expected to last until October 2017.

“All sectors can organize all the activities, but organizers must consider they are appropriate and in accordance with existing laws and regulations,” said Col. Taksada Sangchan at a news conference today.

However several festivals like Wonderfruit, Mystic Valley Festival and Paradise Island Festival have already made the executive decision to postpone to 2017, collectively having to reschedule more than 100 international acts.

Several others concerts, festivals, sporting events and more were also cancelled nationwide as there was much uncertainty as to how long the mourning period would last.

All this being said, like most things in Thailand there is a lot of grey area surrounding sensitive matters and it remains to be seen if things go back to normal in November.

All we can tell you for sure is that Solomun show will go on.