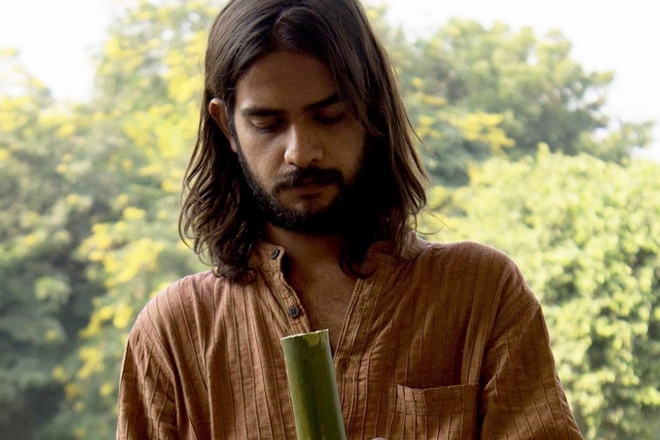 The opening instrumental track ‘Pelog Baru’ ropes you into dreamland instantaneously: the melancholic resonance of the Kacapi meanders between two major chords, rising and falling, never resolving. The composition and performance belongs in a space as open, as wide, and as grand as an opening shot of a Terrence Malick film. ‘Lucid Hunter’, a collaboration with Musica Medicina, yanks you out of that opening shot, abruptly displacing you in the dark, unnerving landscape of brash, guttural vocal sounds. 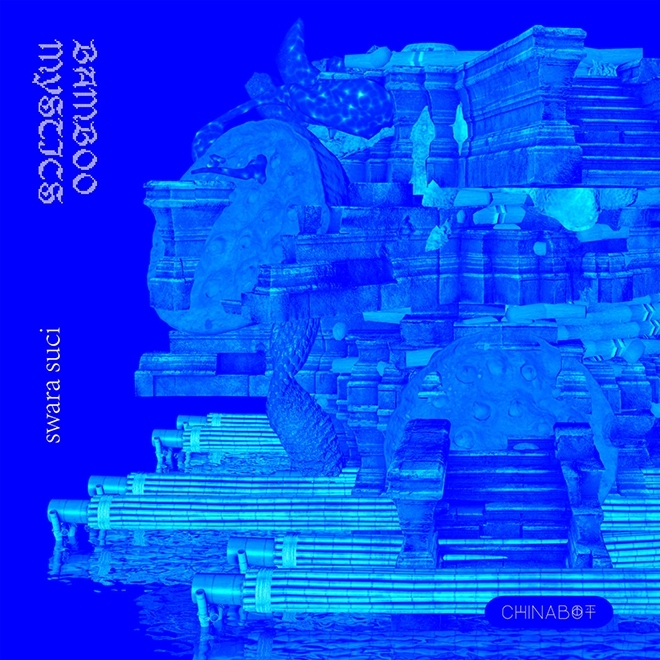 The third track ‘Rainbow Mother’ is another collaboration, this time with Irama Sounds. The composition is sparse and elemental, with the djembe grounding the nine minutes of hypnosis. Meanwhile, the light, inquisitive sounds of gamelan percussion decorate the air surrounding the rhythm. ‘Air Suci’ is a lonely documentation of Jal Tarang, lingering, persisting through the ambience of the windy night. ‘Eclipse’ borrows the vocal performance of a meditation session and anchors it in time and space. The album’s concluding track is its most epic: the 13 minute ‘Mrichakatikam’ takes angular turns, incorporating most of the instruments played in the previous 5 songs. In the end, we are left with what we began with: the Kacapi plays, luring us back into the nostalgic dreamworld. This time, we are accompanied with the pure notes of rain.

Bamboo Mystics weaves melodic and rhythmic seeds of India and Indonesia together, bringing to life contemporary reimaginings of traditional musical literature. Each of the six tracks in Swara Suci is an escapist rumination, an incantatory exploration of possibility.

‘Swara Suci’ by Bamboo Mystics is out now here as a digital album and as a limited edition cassette tape on Chinabot, a platform and collective created to change the dialogue surrounding Asian music.