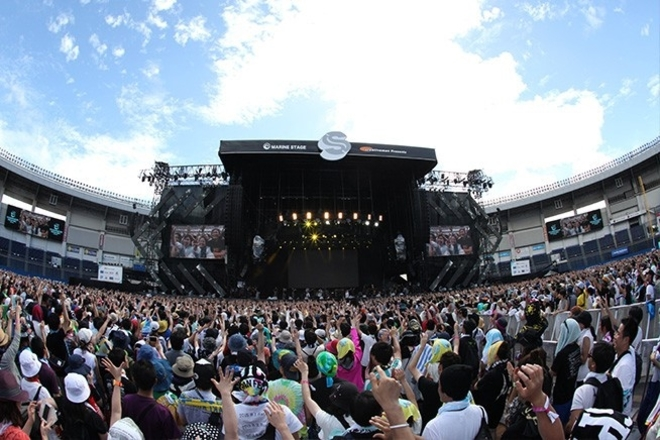 Super Sonic has revealed another addition to their upcoming festival in September. Today, viewers can access free footage from archive Summer Sonic performances in decades past via their Youtube channel.

In the lead up to festivities slated for this September, fans now have a chance to grow anticipation by virtually experiencing iconic performances over two consecutive weekends beginning Friday June 19. Footage will be available for up to 24 hours for online release.

This weekend, viewers can expect to see Summer Sonic’s 2013 shows divided into two timings, 6pm and 9pm (GMT+8), featuring Mr. Children and K-pop phenomenons BTS, Linkin Park and Metallica. On Sunday, archived shows will be streamed from Summer Sonic 2014 featuring performances by Arctic Monkeys and The 1975.

The following weekend will stream full shows from Summer Sonic 2016 with Underworld and Radiohead.

As the music industry continuously finds virtual solutions to connect with audiences and fans, it made sense for Summer Sonic to create an element of nostalgia focusing on the essence of the community and music pre-pandemic.

That said, as of writing Super Sonic is still set to go ahead with its 2020 edition and has recently announced a second line-up of artists including Steve Aoki, Black Eyed Peas and Asian Kung-Fu Generation. Originally taking place in August, their postponed festival dates are September 19 and 20 and have so far said they would push ahead with a live festival as Japan enters phase three of their reopening plans.

A global comprehensive guide has also been released by the Event Safety Alliance (ESA) as a guide for event organisers, touring artists and venues owners for taking caution when reopening events during the pandemic.