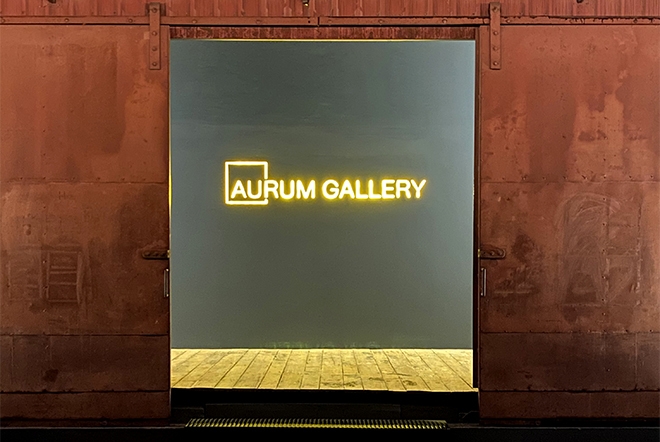 After breaking the news in February that internationally acclaimed British DJ, musician, actor and artist Clifford Price (MBE), better known to us as Goldie, was opening an art gallery in Bangkok, months went by without a word. That was mostly because a pandemic was unfolding around us and although we’re still in the thick of it, we finally have an opening date.

Aurum Gallery is set to on Saturday, July 4 in the trendy and creative district of Charoen Krung in Bangkok and will showcase contemporary, urban, and street art from around the world. Yes, amid a pandemic, Goldie has managed to open a gallery halfway around the world from his native UK in Thailand, where he’s been quietly living part-time for many years.

“When COVID first happened, we had to make a decision to carry on with the project or not,” said Goldie. “We could have left it dead in the water, but we were committed.”

“In any downturn in society, art, entertainment and music get us out of it. And I think having a place where you can go and look at art is not a bad thing.”

So just like the rest of us, he’s trying to ride this “recession” out — and like many other times in his life, he’s doing it through art. 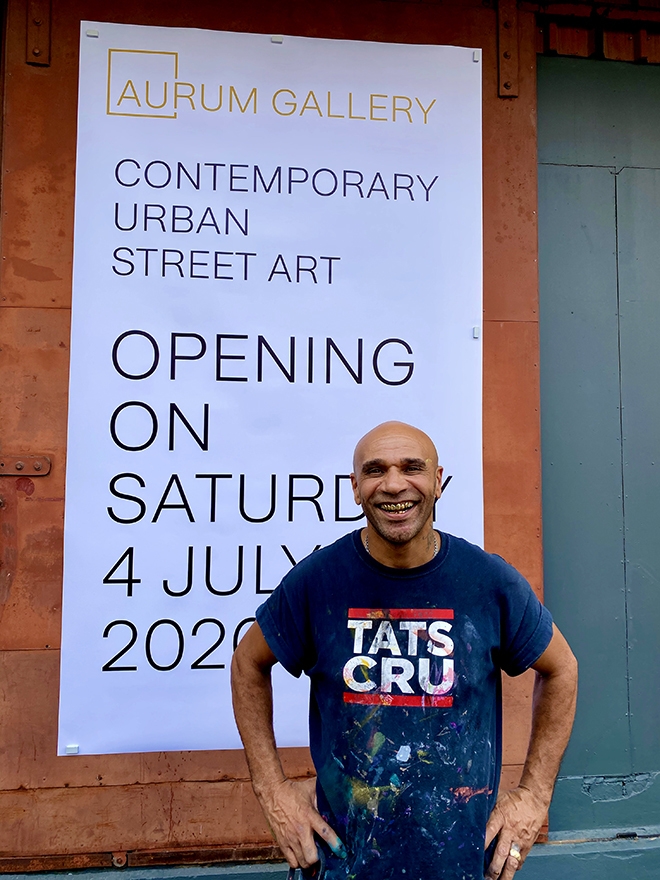 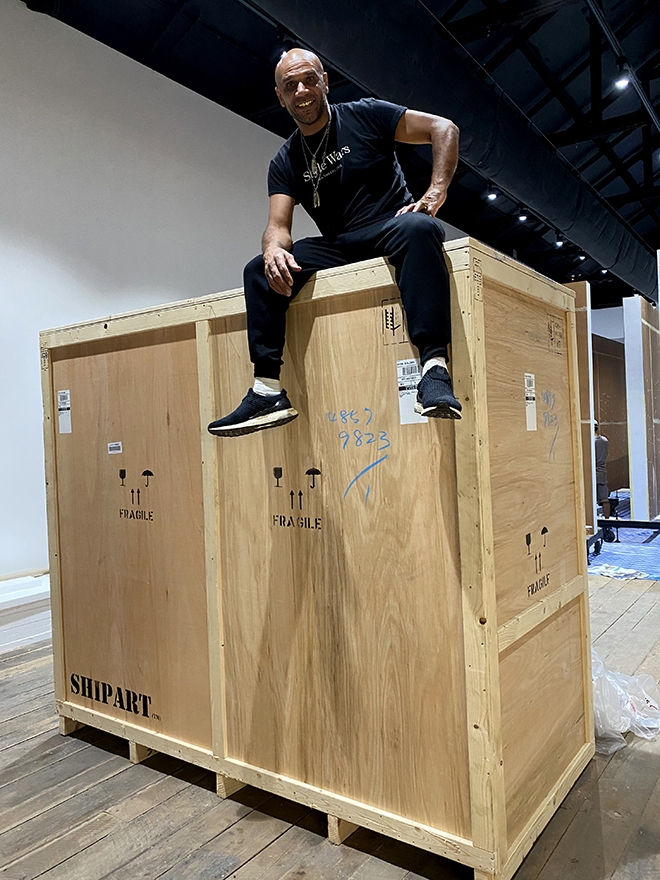 Some of the world’s most influential artists in the scene will be joining Goldie in exhibiting and selling their work at Aurum Gallery, including Vhils (who despite a waiting list of several years accepted Goldie’s offer), Belin, Saturno, Ben Eine, Odeith, Bio, and Crash just to name a few. The gallery will house several masterpieces that should entice art connoisseurs and collectors like Belin’s ‘Mickey Confinement’, Goldie’s ‘Apache Girl’, as well as several works from Vhils’ ‘Matter’ series.

“Today we went through how we’re going to hang the art and it’s just great looking at it — it’s got a good aesthetic.”