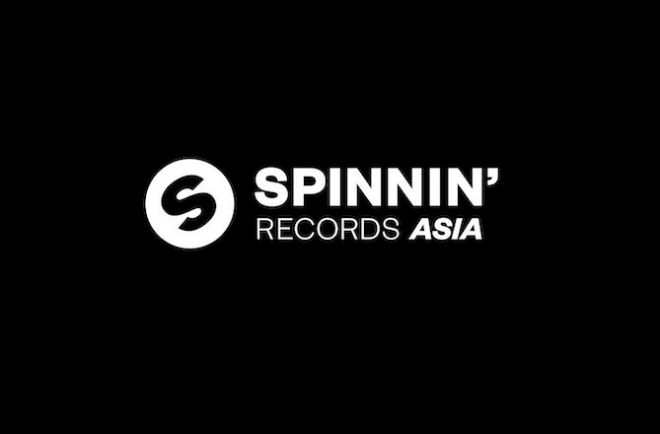 Following a super successful year that saw electronic music label Spinnin' Records celebrate its 20th birthday, the dance music specialist has announced that it's taking a fresh step into the future. Introducing Spinnin' Records Asia, a new label that will keep the Spinnin' magic of discovering and nurturing talent alive this time in Asia's fast-growing music market. The label will be signing and working with artists of Asian heritage from every part of the world and promoting their music to a global audience.

"We're very excited about the launch of Spinnin' Records Asia", says Roger de Graaf, CEO of Spinnin' Records. "This is a region that's already delivered groundbreaking artists, and is currently reshaping the dance and pop music environment with a burst of exciting new acts. We're proud and eager to start working with them, as they'll surely help take the Spinnin' brand to the next level."

Spinnin' Records Asia officially opens its doors on November 29 with their inaugural release. 'Feel The Light' comes from US-based DJ duo BEAUZ, who have Indonesian and Taiwanese heritage. "We are truly excited to be a part of this launch," said the pair in a statement. "Spinnin' Records Asia opens the curtain to a new era of globalised music, and we can't wait to show the world what we got."

Spinnin' Records Asia will operate together with Warner Music Group (WMG), working closely with the company's local affiliates to both sign artists and promote them on a worldwide scale. Subsequently, well-known artists from Spinnin' and WMG's rosters will also work with the label on collabs with some of Asia's rising stars.

"There's a dance music revolution taking place in Asia", says Simon Robson, president of Warner Music Asia. "We're seeing a new generation of DJs and producers coming through who are inspiring fans and building scenes that rivals those in Europe and America. The launch of Spinnin' Records Asia will help ensure that we're the first choice for these artists as they seek to build their careers at home and around the world."

Spinnin' Records was founded in Amsterdam in 1999 and is home to several heavyweight artists like Hardwell, Fedde le Grand, Jay Hardway, KSHMR, Laidback Luke, Oliver Heldens, Tiësto and more. The label also has more than two dozen sub-labels run by artists of equal calibre. Spinnin' Records is hugely impactful, with over 26 million subscribers and 15 billion views on YouTube. Seeing the roster fleshed out with Asian talent will mark the next generation of Asia's EDM scene.