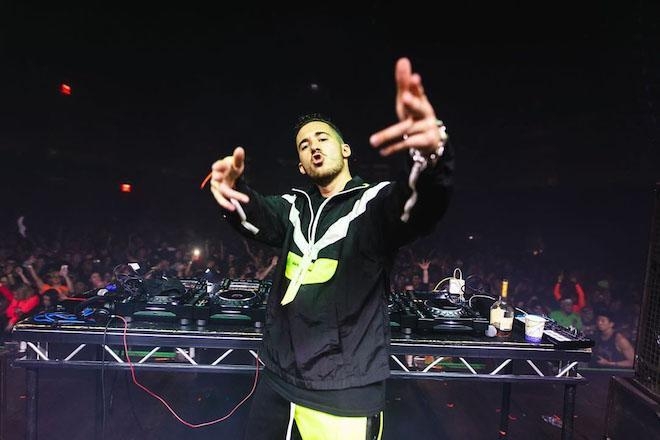 American EDM sensation 4B took no time blowing up on the electronic music map in his short career and has quickly become a favourite in China. Having previously played tier-one cities like Shanghai and Shenzhen, 4B developed a loyal fanbase who will be delighted to hear that he is on his way back. Starting with a stop in Nanning on November 21 at Club Meme and November 22 in Shanghai at Beehive, he'll wrap up the mini-tour at EDC Guangdong on November 23.

With the rapid development of China’s EDM market, more and bigger festivals are being held each year, which means more opportunities and bigger fees for electronic artists like 4B – as is evidenced by EDC Guangdong already being sold out. His popularity is also due to the millions of streams his tracks get on NetEase Cloud Music, where he has active and dedicated followers. Not one to stand put, 4B has also recently activated Weibo and QQ Music accounts, to better communicate with his small, but growing army of digital warriors. If anything, 4B's case is a shining example of how valuable Chinese social media is to finding success in the region.

Though he's a relative newcomer to the scene, the 27-year-old DJ and producer from New Jersey has been honing his production skills for a decade and has gained strong support from EDM giants like Skrillex, Diplo, Tiësto, and DJ Snake. Don't miss bass-heavy sound as this bass-heavy boss rips through China next week.