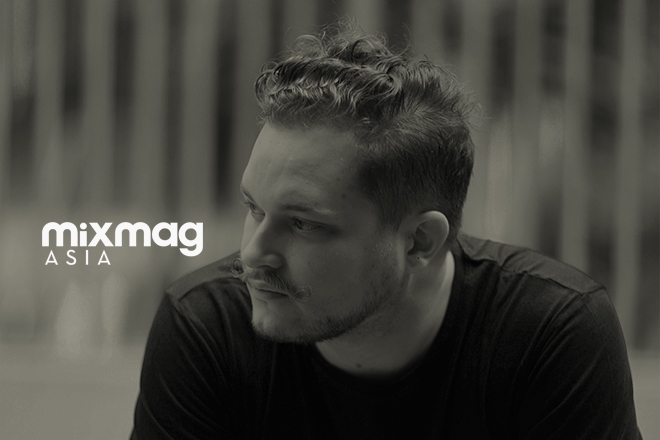 We’ve been waiting for some time to get Romain FX on Mixmag Asia Radio and for many reasons. He’s no stranger to dance floors across Asia’s clubs and festivals such as Wonderfruit in Pattaya, The Observatory in Ho Chi Minh City and of course 宀 Club in Hong Kong. The young Frenchman pretty much has Asian blood in him, having grown up in Taiwan and Hong Kong, and his musical drive and sensibility is certainly focused on unearthing gems in Asia that only a true digger and audiophile would seek.

Some of his recent endeavours have proven that true dedication and commitment goes a long way — he set up Fauve Radio at the back of a friend’s fashion boutique called Mahka, hidden in an alley along the artsy and bistro-clad Hollywood Road. He’s had guests like Chris Coco, Skatebård, Move D and Manfredas grace his organic-looking radio booth that's draped in foliage, while supporting the local Hong Kong scene with top notch tunes. Although he closed shop a few months ago, he’s kept the radio brand alive with plans in Europe and across Asia. But to further his achievements, the man with the twirled handlebar moustache has been relentless in the studio over the last 12 months, churning out tunes for his own label Fauve Recordings, as well as a series of edits of worldly disco tracks particularly obscure Cantonese disco.

For this twelfth episode of Mixmag Asia Radio, Romain takes us on a whimsical disco cruise that floats into modes of acid and classic house, plus a few of his own edits thrown in… and with a wee bit of le French touch Hit play below to find out why we’ve been waiting.

2. Afrika Bambaataa - Just Get up and Dance (Club Mix) [EMI]

3. Anything Goes - Believe the Hype (Younger than Me Edit) [ROLLOVERMILANO]