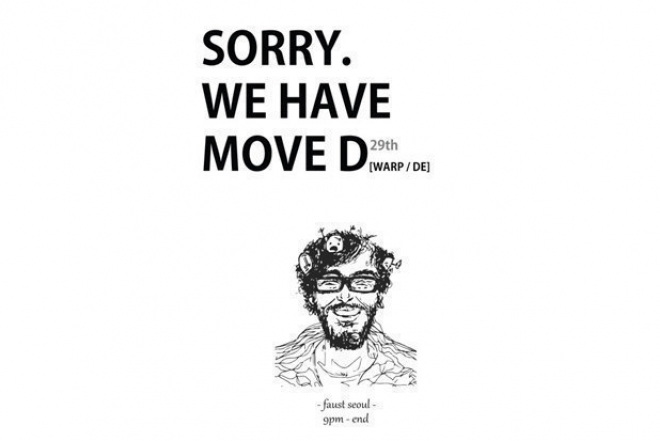 Mother nature is a bitch sometimes.

This time she’s got Move D holed up in Taiwan while super typhoon Dujuan passes over the island. His flight to Seoul was cancelled meaning he’s missing his Monday night show at Faust (Kammer).

Thankfully the promoter was able to move the show to Tuesday the 29th of September. Doors are at 9pm.

Find live updates on the situation on the event’s Facebook page.

But if you need a fix, get a taste of what’s the come with a little video Move D shot of the show in Taipei, a show that’s gotten more attention on social media in the last day than the typhoon.