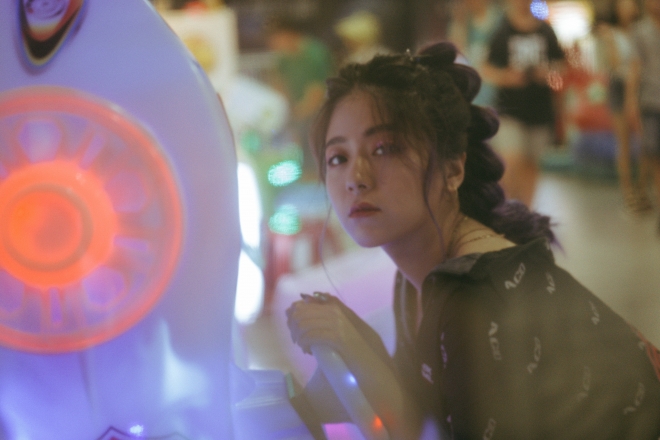 Taiwanese breakout star RayRay has been on a steady trajectory to stardom since being the only female to compete at the Red Bull 3style World Finals in 2013. Since then, she signed with Dutch powerhouse imprint Barong Family, released her debut EP 'Purple Alien' on the label, and played a string of iconic events around the world like Tomorrowland (where she was the first-ever Taiwanese DJ to play), SXSW, ADE, Glastonbury and Sonar in Barcelona. Last month, RayRay returned with her sophomore EP on the label called 'Alien Invasion'.


The EP sees RayRay solidify her exceptional prowess as a producer by lending her vocals to every track on the EP. “We love the vocals on Back n Forth,” said Yellow Claw of their protege. “RayRay evolved over the last year in such a dope vocalist with her own style and casual attitude. And the drop just bangsssss.”

“Besides this insanely fire EP releasing on the hardest label out there, it makes us really proud that it represents the rise of both Asian artists as well as female producers—two important movements the EDM community is not seeing enough of,” Yellow Claw added.

Since its release, Back ’n Forth shot to number three on Beatport’s Top 100 Trap/Future Bass chart. The track was the output of a studio session with French-born artist Aazar at ADE last year. Other collabs on the EP include ‘Drumstick’ which features label mate Juyen Sebulba that comes in at 150bpm and saw the pair experiment with new elements, and ‘Like This’ featuring LA artist Lil Debbie and heavy-hitting Dutch producer Gianni Marino.

She also dropped an otherworldly video for ‘Outer Space’ which is a colourful depiction of life in Taipei for the EDM star. The video has already surpassed 50,000 views on YouTube. Watch it below.

See the full track list for ‘Alien Invasion’ below.