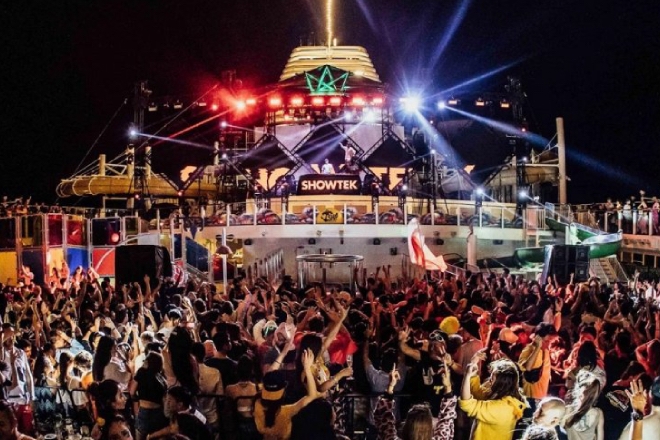 Livescape Group has just released an after movie for its debut cruise through China just in time to get shipmates hyped for its Singapore cruise set to depart this week. The four-minute aftermovie shows off spectacular scenes from the maiden voyage in China that set off on June 13 for a four-day cruise from Shanghai to the island of Shimonoseki in Japan and back.

The 3,500 attendees on board the MSC Splendida were treated to headlining performance from Kill The Noise, Vicetone, Dash Berlin, Ookay, Blasterjaxx and more. Aside from music, the floating fiesta hosted themed parties, artist-led activities, gambling, gala dinners, and several other experiences.

IT’S THE SHIP is celebrating its sixth birthday this year and is expanding fast across Asia with the latest sailing recently announced for Korea. But this week, the cruise returns to home base and takes off Singapore on November 13. Attendees will be treated to the sonic stylings of Sam Feldt, What So Not, NERVO as well as Asian heartthrob Hyo of Girls Generation (hopefully in sunbathing attire).