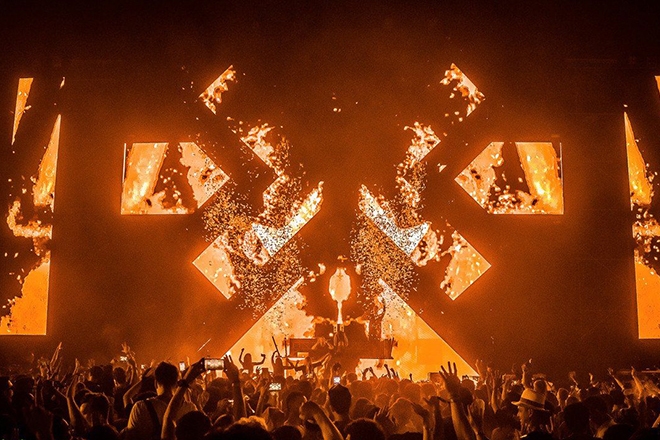 As much of Thailand, if not Asia or further, patiently awaits news surrounding Wonderfruit, Mystic Valley Festival took the opportunity to drop a bomb they’ve quietly been building: the festival will return after a three-year hiatus.

Mystic Valley Festival was short-lived: it survived just one iteration in February of 2017. Taking place a couple of hours north of Bangkok and Khao Yai, the first and only edition was not without its hiccups. The hiccups were likely what ultimately led to its subsequent hiatus. That said, it’s got all the makings of something that could be built up: a gorgeous site surrounded by mountains, water to strip down in, imaginative builds and state-of-the-art structures and a well defined music direction — something for everyone really.

It’s possible the organizers have spent the downtime in the industry following the pandemic to iron out the kinks because earlier today via their Facebook account it was announced that they would be resurrecting the event later this year.

Taking place once again in Khao Yai, the festival is set to take place in “November - December”.

While nothing about a line-up has been revealed for this year, it’s safe to expect an all-local line-up made of well-known collectives and tribes — unless the organizers have worked out something with the government where artists can fly in and quarantine because Thailand’s borders are very shut. Taiwan did it, so it’s not impossible. That said, there are talks of allowing tourists into Phuket as early as October, where they can isolate before being allowed to travel to other parts of Thailand.

Thailand is one of several countries in Asia to be praised for its swift response to the pandemic. The country recorded 3,403 cases of the novel coronavirus since it was first discovered in January but following a strict lockdown and a closure of borders, Thailand curbed the spread of the virus and has not reported a local infection in several months. Anyone returning to the country must sit a mandatory quarantine and thanks to the rapid response of the government and cooperation of the citizens, business has almost returned to usual inside the kingdom.

What that means for a festival, let’s see. For now, follow Mystic Valley Festival for updates here.