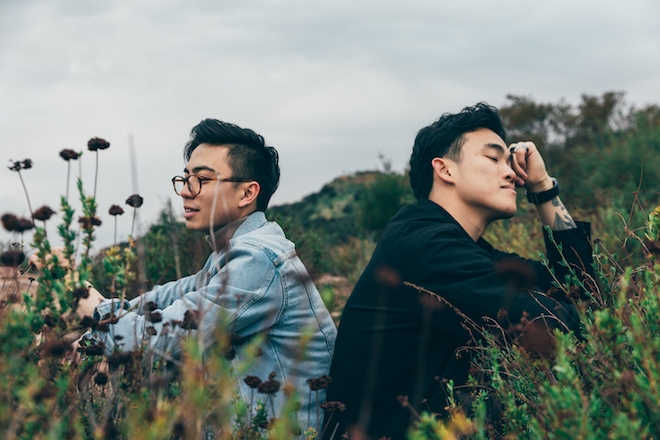 In both the U.S. and their native countries of Singapore and the Philippines respectively, MYRNE and Manila Killa have more than solidified their place as household names within the electronic music space. After their debut projects released last year, the two producers have come together to release ‘Fluorescence’, a two-track collaborative EP out tomorrow on Ultra Records.

After their experience on Manila Killa’s 1993 EP tour last year, it seemed inevitable that they would come together for a collaboration. They come from similar backgrounds, having both dealt with the pressures and challenges that international artists face when attempting to breach the cultural divide in the States. Singing and using their own vocals on a duet for the track ‘Fear’, MYRNE and Manila Killa showcase their growing confidence as well-rounded artists unafraid to be their authentic selves. On ‘Where Do We Go From Here’ we get their take on the progressive house era – an homage to the style that served as early inspiration for them both.

Known for his intersections in pop, and high-energy electronica, MYRNE began his journey in 2015 with the release of his 'Softsins' EP. His experiences in isolation growing up in Singapore, coupled with his classical training, has granted him a unique outlook on electronic music – with support from the likes of Porter Robinson, The Chainsmokers, and Martin Garrix as a testament to that fact.

Chris Gavino, aka Manila Killa, is a producer born in the United States but was raised around the world. Despite a family that moved constantly and landed him in places as disparate as Indonesia, the Philippines (where he began producing music) and the United States, his moniker reminds the audience of where his electronic roots came from. His passion for producing transformed from self-taught Ableton lessons into a full-fledged career, earning him tens of millions of streams online, major festival billings, and prominent press coverage.

‘Fluorescence’ by MYRNE is out on February 26 on Ultra. Pre-save the album here.