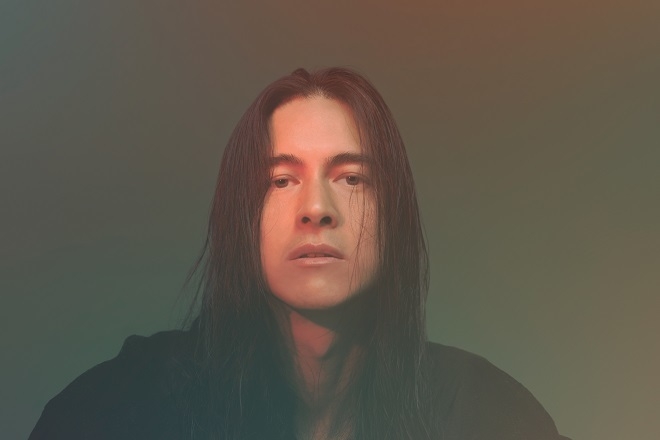 Montonn Jira has released the long-awaited follow-up album to his 1997 solo debut. On his new, self-produced effort, 'DuayKwamKaoRop', he presents a profoundly personal collection of emotionally nuanced songs reflecting on themes of love, heartache and missed opportunity.

Jira initially made his name as a model and actor at a tender age, but following years spent working at the forefront of Thailand's music scene, he is now considered to be one of the premier producers operating in the region. He's collaborated with an impressive list of luminaries, including Justin Timberlake and Nelly Furtado, as well as being known for his work with Thai rock band, Slot Machine. In recent years he's spent more time behind the console than on stage, working as a producer for numerous Thai and international artists, and also finds time to operates his own Samutprakarn Sound record label.

The story of his new album is a fascinating one. After spending over a year refining a long list of 120 song ideas, Jira eventually condensed the inventory down to 13 choice tracks and embarked upon a journey of self-imposed isolation to set about the task of bringing his demos to life. Wishing to complete the production process entirely in line with his creative vision, Jira removed himself completely from the comfortable musical environment that he had himself helped to build. Functioning not only as artist but also as writer, producer and recording engineer, he was able to rely solely on his instinct to make brave creative decisions, in the process uncovering his unique musical voice. It's also worth noting that, in order to challenge himself further as a writer, he made a conscious decision to sing all of the album's vocals in his second language, Thai.

It seems that his years spent honing skills as an electronic producer have endowed him with the necessary sensibilities to ensure all of the songs are presented in stunning sonic style. The music is immaculately presented and creates a finely balanced sense of space and scale throughout. From start to finish, the album is supremely engaging: from the gently rolling breaks and growling bass of 'KonTeeDeeKwa', to the grainy atmospheric soundscapes of 'SudTai', then journeying through the rousing chorus of 'KorKebKwamRak' all the way into the waking dream of 'RakTerKonNee'. The music glides through bittersweet vocals and melodies, heartfelt harmonics and carefully considered arrangements, all the while maintaining a sense of poise and maturity that emphasises Jira's cultured musical experience.

An undoubted highlight of the collection – and a song which skillfully blurs lines between indie, folk and electronica – is the blissfully uplifting 'HaTangTorPai', about which Montonn had this to say: “'HaTangTorPai’ was one of the earlier songs that came together for this album, encompassing so many of the musical elements I had been interested in experimenting with. The song speaks of a hopeful future without being too direct. It’s definitely one of the brighter, more uplifting songs on the album, and is probably a good centre-point around which the rest of the album revolves.”

This is a grand and uniquely timeless collection of music from Montonn Jira. Exhibiting an elegant ability to arouse emotion in the listener, he presents a genuinely moving album which improves with each listen, and – whether by design or happenstance – provides a stunning soundtrack to the uncertain collective experience we currently find ourselves sharing.

Montonn Jira 'DuayKwamKaoRop' is out now on Universal Music Thailand. You can buy it here