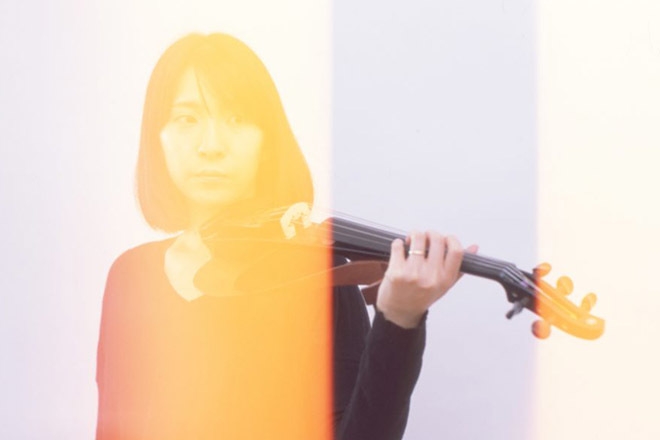 Fusing the inspiration of an old Japanese fable with her uncompromising ambient synth work, Hoshiko Yamane has just gone back to her solo moniker Tukico for a conceptual release that takes her musical boundaries to new heights.

Since 2011, the Osaka-born, Berlin-based musician and composer has been a member of German band Tangerine Dream, who were known for their fundamental contribution to dreamy, trippy ambient and synth music. She often appeared on their more recent releases with her unique violinist motifs, sometimes in solo fashion. It wasn't until after 2012 when she started touring with Jane Birkin across Europe, that she set foot on her monikered adventure as Tokico.

Tokico ‘Primitive’ as an album is a stunning array of soft toned layers of synthetic pulsations, a radiant palette of atmospherics, all enriched by her haunting portraits by the electric violin. It’s a sonic excursion for the experienced in inner space.

The video to one of the singles ‘Carnim - Aiso’, a title that stems from the name of a turtle’s underwater village according to Japanese folklore, is a harmonic marriage of a visual enhancement to Yamane’s intricate music work. Yamane takes inspiration from the fable which is about a human being gifted a box after visiting a turtle’s village, but is told to not open it. “The young man came back to his home and opened the box. He becomes very old and realises that he had spent many, many years underwater. His family and friends are no longer alive and he is very alone. The video symbolises this folk tale, where you see the protagonist disappear back into the box in the last scene,” Yamane says.

Tokico ‘Primitive’ is out now on Subcontinental Records and available here via Bandcamp. You can check out the video to ‘Carnim - Aiso’ below.