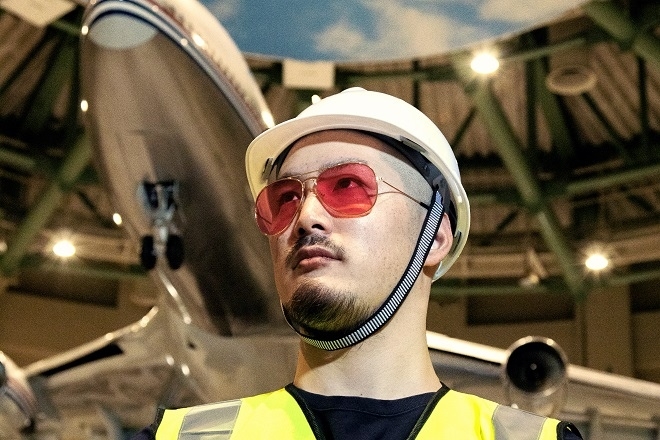 Known for his outlandish cover art and larger-than-life stage persona, Ryunosuke Hayashi – aka boys be kko – endows his music with the same polychromatic tones that appear to permeate his very being. He's released a full album alongside a series of EPs via the Dutch label, Atomnation over the past few years, and his work did more than enough to catch the attention of Labyrinth, for whom he makes his debut here. As it turns out, the admiration the label felt for the artist and his work was fully reciprocated, with the Tokyo-based producer thrilled to be part of the growing Labyrinth roster. "Labyrinth's attitude toward Japanese artists is wonderful,” said Hyashi via the EP's press release. “I remember Olly and Nick (from the label) described my tracks with the word 'art'. I have great respect for their spirit and determination to release this EP. Equally, I felt I needed a different challenge compared to my past releases. I knew I needed to go back to my roots, to what I was born with in Japan. The music is almost like a sad Japanese landscape, which is the atmosphere of the title track, Monnaka. Maybe it’s just Wabi-Sabi. I paid attention to this theme throughout the whole EP."

This Eastern aesthetic can be felt throughout the release, albeit fused with overt rave overtones. The title track sees off-kilter melodies cascade over hypnotic bass and pulsing pads, while 'Elder Garden' features a lively lead synth undulating across otherworldly sweeps and fizzing hats. Finally, closing track 'Nether Portal' completes the set, with atmospheric chords building tension before a frantic staccato synth adds thrust to the groove.

You can listen to 'Monakka' here:

boys be kko 'Monakka' is out now on Labyrinth Records, you can buy it here