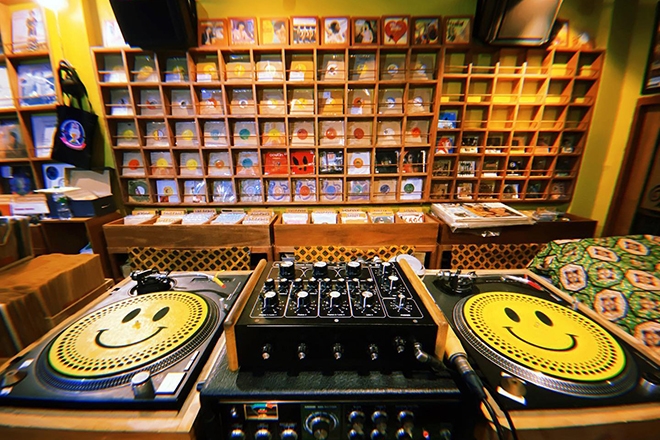 There’s no shame in spending lockdown in couch potato mode. Stress levels are off the charts for people who’ve lost income streams and it’s hard getting the creative juices flowing when you’re worried about the future. So it’s all the more impressive that Southeast Asia’s DJs, producers and promoters — people whose jobs were robbed by the pandemic — have used time at home to launch new enterprises.

Over the past two months, crews have established radio platforms and record labels that will strengthen the region's music infrastructure and create more opportunities for local talents even once this epidemic is over. With the total collapse of live music and nightlife during this health crisis, it’s left to the hearts of people in these industries to save their respective scenes. These initiatives from regional collectives is testament to that strong spirit and showcases their commitment to keep the party going even in the direst of times.

In Vietnam, On Point Worldwide Records is the latest addition to the country’s flourishing underground community. Initially born as an events brand, On Point has since transformed into a label that’s based in Hoi An and run by DJ and producer Nayla. Focused on groovy house and disco, each release will come from an artist in different corners of the globe. Its first offering is Romain FX’s uplifting, tribal-laced ‘Kimokeye’ EP, which will be followed by a single from UK producer Max Mason & Nayla. Watch out for the label’s official launch party next month at Savage’s brand-new location in Hanoi. Elsewhere in the Vietnamese metropolis, online radio DSTRACKTD and creative agency Atipik premiered a video podcast series in March that features Asian and European artists with a penchant for hypnotic and cosmic rhythms. And coming out of Saigon is Mogra Radio, a near two-month old endeavour from the gang known as Realize Sound. An excellent way of discovering Vietnam’s emerging DJs, Mogra already has several shows under their belt and we can’t wait for more.

Activity in the Thai capital has also been busy. New label Siamese Twins is a cross-border collaboration between some of the boys from Karma Klique and Taipei’s Yoshi Nori of JIN Records with a tattoo-worthy logo of interlinked tigers. Breaking the label’s cherry is Mogambo, a duo made up of Sunju Hargun and Jerome Doudet who serve up heady acid basslines and warped effects that transport you to a 90s Goa rave on their forthcoming ‘Cobra’ EP. Meanwhile, Bangkok-based groups UNST and More Rice teamed up to create More Unst Radio in late March. With a spotlight on Southeast Asian talents, this venture takes donations for non-profits such as The Mirror Foundation and Help Thai — proof that dancing at home can do public good. Also joining the digital airwaves is ZudRangLam Radio, a joint effort by Bangkok institutions ZudRangMa Records and Studio Lam that debuted in April. It features soul-warming mixes from the global friends of local legend Maft Sai, who heads both ZudRangMa and Studio Lam.

Finally, Spectrum Radio in Kuala Lumpur is a fortnightly affair dedicated to the more melodic side of 4/4 frequencies. Presented by the hardworking team at SaturdaySelects, hosts Roshan, Lionel Rizki and Analog K will familiarize you with Malaysian and regional names.

With so many new sonic gems at our disposal, who ever said lockdown was boring!