This is not a city for exponents of sustainability. Or asthmatics. There are small fires everywhere you look, thanks to locals sitting on the roadside burning plastic money as gifts to their ancestors. Paired with the astronomical amount of mopeds, it means Hanoi is almost always shrouded in dense, toxic smog. Hanoi, originally named Thang Long (‘Rising Dragon’) is in the north of Vietnam, close to China; many miles, and a paradigm shift, away from any thought of Extinction Rebellion.

There’s another type of rebellion happening here, though. It’s two years since the opening of the city’s first underground electronic music club, Savage, and two years since minimal crew METRØ threw their first party. That was also the year a weekly screening of RuPaul’s Drag Race inadvertently gave birth to a vibrant drag scene, and in the years since 2018, a powerful, diverse and open creative community has risen around these three events. 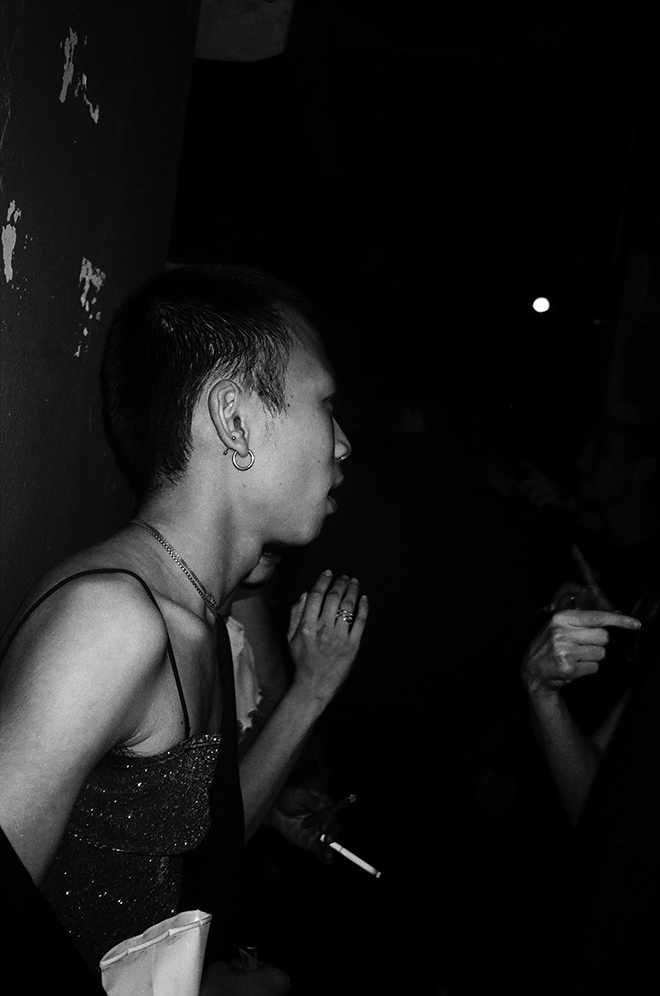 Samy, Ouissam and Julie, all from France, opened Savage after several years working as label managers and promoters in Hong Kong. Clubs in the city were closing as rents became unaffordable – so the friends decided to look elsewhere to throw a good party. “In Vietnam everything is new and the economy is booming,” says Samy. “Saigon was already on the map for clubs and music, so we thought we’d do something in the north.” It proved to be the perfect moment. “Before, the choice was a bit limited,” he says. “But now Hanoi has festivals and pop-up events, international DJs come every month. It’s exciting to be part of it and build something, rather than a city where everything’s already established.”

Savage is on a busy street that runs through Tay Ho, an eastern suburb of Hanoi full of low-rise bars and shack-like cafes. The club sits opposite a man-made lake on a dusty street lined with Banyan trees, a tropical species that likes to spread over telephone poles and into the road. It’s overcast today, but when the sun shines the rays dapple through the leaves and for a moment Hanoi becomes the most beautiful city in the world.

Today’s party is both a celebration and a farewell. Savage will be leaving its current home, forced out by noise complaints from neighbours, and moving just a block away into a bigger, more versatile space. But the current venue has been such a sanctuary for so many people that there’s a definite poignancy to this party. As early as 4:PM about 20 of Savage’s extended family lounge on wicker sofas on the club terrace. Resident DJ Di Linh chats earnestly to a friend, Samy buzzes around fixing cables and adjusting speakers and DJ and Savage co-founder Ouissam is deep in conversation with South Africa’s Shandon, who’ll be warming up for Cocktail d’Amore’s Omer later tonight. The terrace is part lounge, part dancefloor and the DJ decks, framed with bamboo, overlook a rice paddy and Vietnamese temple. The view’s so picturesque it could be a painting. 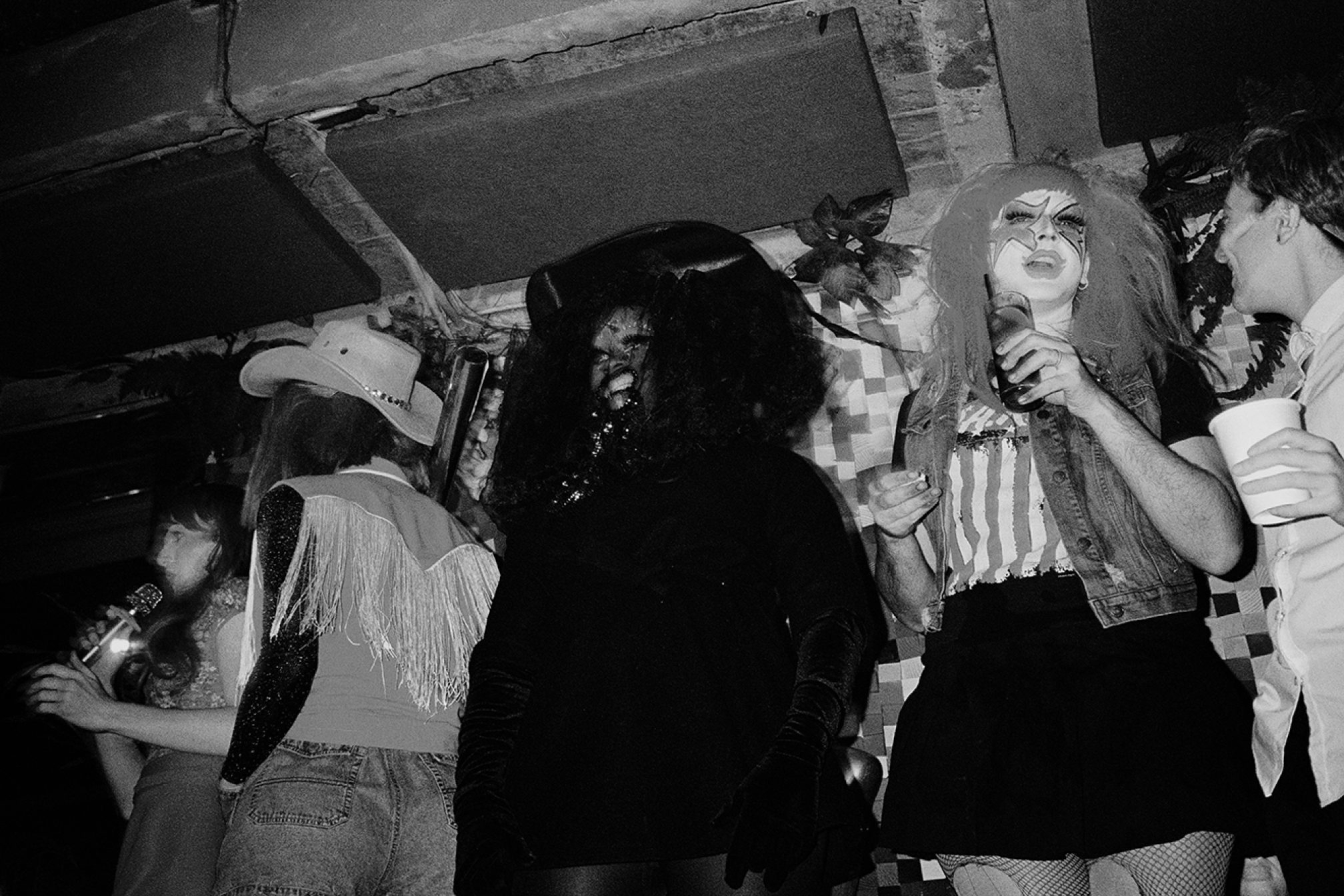 The Savage family is an international bunch, but Di Linh has an inside perspective on the impact the club’s had on Hanoi. Born and raised in the city, everything about her is gentle, from her voice to the way she sips her drink, to the way she hugs the many people who greet her. She has a black bob, thick blue-tinted prescription glasses and wears an oversized denim jacket that makes her seem even more petite. Having started DJing in late 2018 she soon won a DJ contest held by local promoters. “I became a resident of Savage in April 2019,” she says. “I used to play here with a friend from Saigon, and when someone left I took their place and became a resident. It happened pretty naturally.”

Di Linh plays a blend of minimal and disco, although she says she’s beginning to focus on harder sounds. “In Hanoi young Vietnamese people go to EDM clubs in the Old Quarter,” she says. “But since Savage opened, more Vietnamese people have started to discover new genres.”

Di Linh is 22, the kind of age when it’s common for young people in Northern Vietnam to have settled down and got married. “Our parents want us to have a stable life,” she says. “After you graduate high school you get a job, get married.” Di Linh says she’s lucky because her parents are open-minded and, although they struggle to understand her chosen path in music, they’ve learnt to respect it. “I want to live the life that I love,” she says, “and I love DJing. I’ll have a good time playing even if no-one’s listening.”

Fortunately, when she steps up to the bamboo-backed booth, everyone is listening. The dancefloor soon fills as she plays a slow-building house and disco set, with people leaning over the booth to hug and high-five her. She shuffles from side to side, a look of near-delirious joy on her face. After all, she’s playing to people who’ve done nothing but support and encourage her career. She looks so happy she could burst. 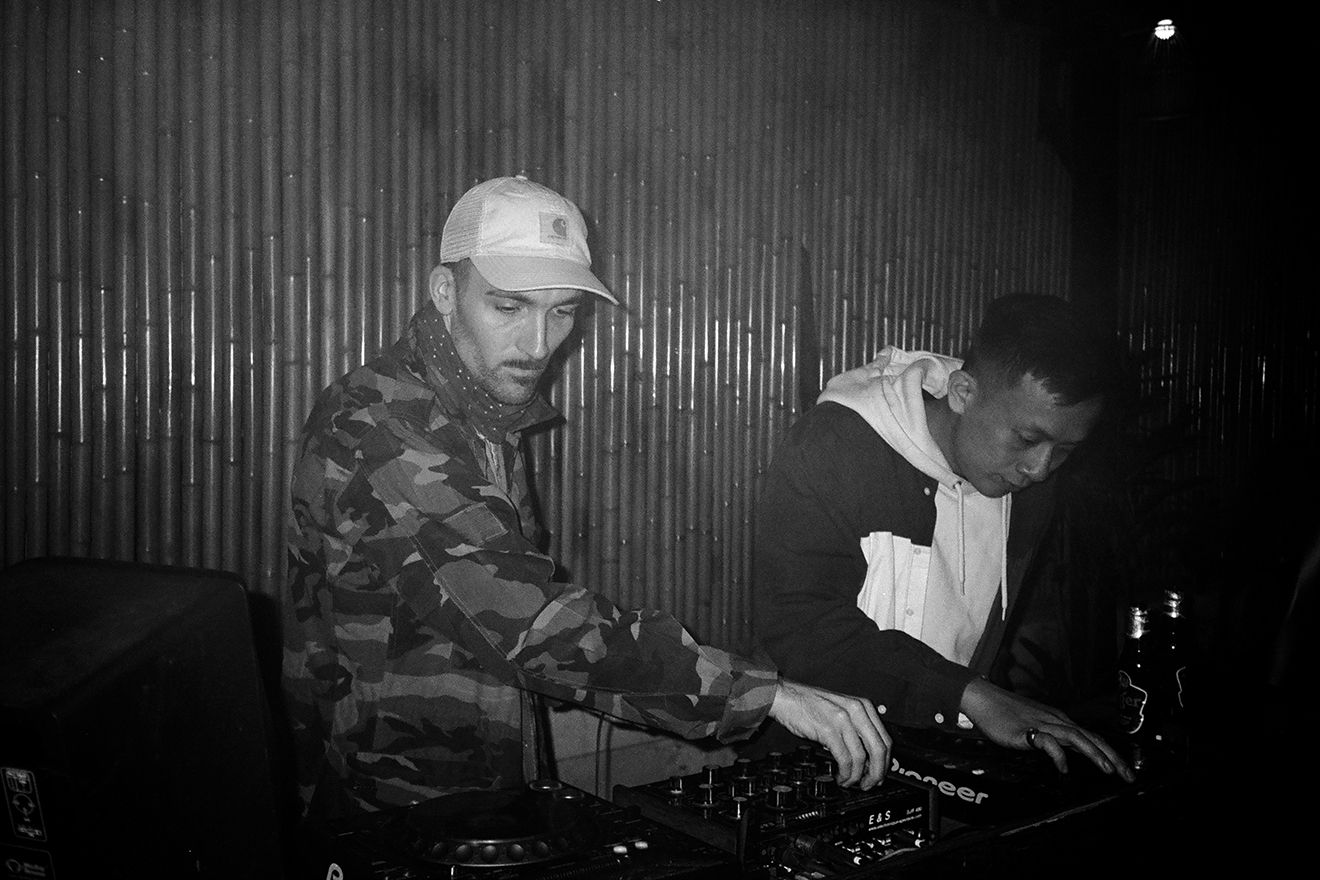 The Savage team makes a habit of supporting people they believe in. Tonight Stephen Barkey and Duy Anh Le are DJing together as Barke and Zwi. These two, along with Dave Berry, are the founders of METRØ, a bi-monthly party in Hanoi that champions local talent and a minimal sound. They host parties at various small venues around the city of no more than 200 capacity.

Zwi is Vietnamese, although he grew up in Moscow and Cyprus, and moved to Hanoi five years ago. “My friends and I felt that the sound we were looking for just wasn’t in Hanoi,” he says. “There’s a lot of hard techno and disco, but we like something that sits in between, like Francesco Del Garda or Nicolas Lutz.” METRØ tends to book local DJs, offering a platform for newcomers to cut their teeth as well as residents. “If anyone in Hanoi wants to become a DJ then they have the opportunity,” Zwi says. “In the UK there’s so much competition, it’s incredibly hard unless you know someone. But here you will be totally supported.”

This openness extends far beyond the DJ community. As the music on the terrace wraps up, downstairs is just getting started. The main room and bar, usually reserved for laid-back listening, looks like it’s been glitter-bombed. PEACH, a Hanoi-based drag show, has decked the space out with disco balls, coloured spotlights and male mannequins that will later be used as graphic props. The drag kings and queens of Hanoi mill about ahead of their show, dazzlingly and outrageously dressed, one in traditional Vietnamese garments, another as 80s white trash, another as a provocative vampire.

As drag queen Scattina cracks a beer and lip-synchs to ‘I Dreamed a Dream’, Cocktail d’Amore’s Omer plays a psychedelic techno set next door in a Berlin-esque vault known as The Red Room. The fact that these two performances can run side-by-side is not only an example of Savage’s versatility as a venue, it shows a club at the centre of Hanoi’s underground community.