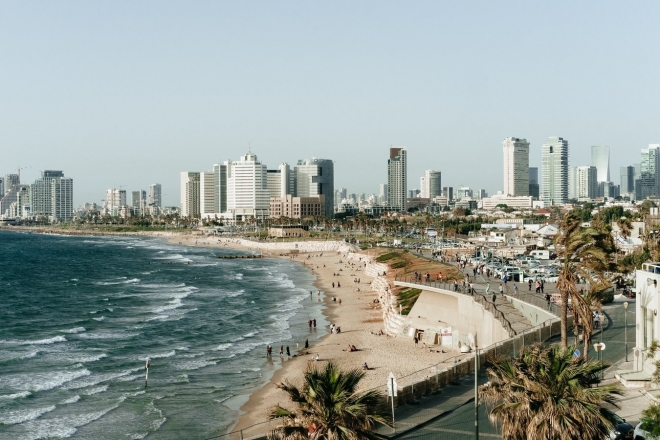 Since its first confirmed COVID-19 case in February, Israel has gradually increased its social distancing measures. From restricting gatherings to 100 attendees to implementing stricter lockdown measures, the government has still managed to leave its population pretty divided.

At the beginning of May, Israelis took to the streets...asking for both looser and tighter restrictions (!!!). Earlier this week, the country finally decided upon loosening restrictions but with an unprecedented solution: a concert was organised to protest the lockdown measures. Needless to say, social distancing was not exercised.

Consequence of Sound said: “In order to stage such a large-scale mass gathering, organizers of the event exploited a loophole in Israel’s health regulations allowing for contained protests. Upon entering the park, attendees were asked to wear a face mask and keep six feet apart. Those social-distancing practices were quickly disregarded, however, as video and photos from the event show many people, without face masks, dancing in close proximity.”

On May 21, 3,000 people gathered in the Charles Clore Park in Tel Aviv to attend the unsanctioned concert, which was officially billed as a protest to the authorities. Named 'Behind The Scenes: An Assembly Of Solidarity’, a dozen prominent Israeli artists performed on stage. Tel Aviv mayor Ron Huldai also delivered a few remarks about the virus’ consequences on the Israeli music industry.

“The coronavirus has left many musicians, actors, and those working behind the scenes [...] with no livelihoods," he declared, according to Ynet. "This is a cry from an entire industry that is demanding answers.”

The concert was about more than just expressing disagreement with the measures taken to contain the virus, it also raised funds to financially support the 170,000 unemployed workers in the music industry. The City of Tel Aviv and the Israeli police supported and helped organise the event.

If people were asked to wear a mask and keep six feet apart from one other at the entrance of the park, videos and photos of the event show that very few of the attendees respected the measures.

[Via Consequence of Sound]