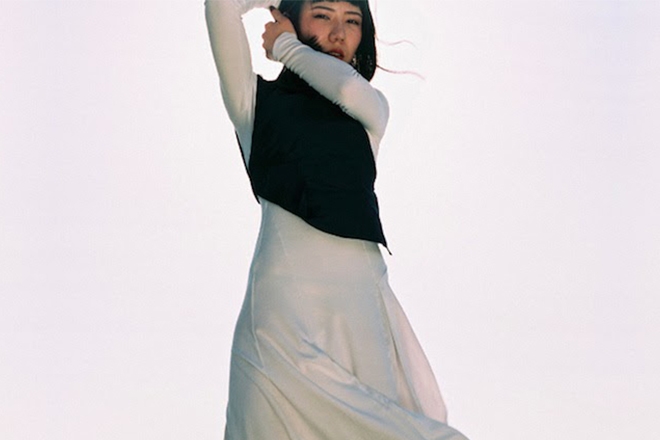 Calling this artist conceptual would be an understatement.

Tess Sun is a Beijing raised, and Shanghai-based classically trained pianist who also goes by the alias Hyph11E. She broke her mould early on while studying music production at University — it didn't take her long to fall in love with underground music and immerse herself in the process of how it takes its shape and form.

Her ten-track new EP titled ‘Aperture’ is inspired by holes and was recently announced for a mid-October release on Shanghainese label SVBKVLT — an experimental, leftfield and club orientated imprint that you could consider as a positive disruptor in Shanghai’s burgeoning underground scene. Holes? Yes.

According to SVBKVLT, “Holes are ontologically parasitic—they are always within something else and cannot exist in isolation. Holes accompany us throughout our lives, dilative and devoured, fillable but indispensable. On one hand, they are the driving force for evolution, on the other hand, holes are also the layer of scab that signals growth. Without tearing, cutting and gluing, we cannot create or eliminate a hole. Topologists use the number of holes to distinguish geometric objects. In the same method, in the closed circuit of encrust and erosion, we became idiographic individuals.”

Tess, or Hyph11E as she is better known, was also behind the labels biggest club hit to date, ‘Black Pepper 炎’ — it appeared on ‘Vanishing Cinema EP’, her first release with the Shanghainese imprint which turned out to be a huge success for both the artist and the label. What should the ears expect? Hyph11E has a knack for welding together nodes of audio material that include field recordings, with volatile drum patterns that exude energetic, emotive, dark and twisted sensibilities. You feel the humanity in its machinated manifestation.

She first appeared on SVBKVLT with the Vanishing Cinema EP, which featured "Black Pepper 炎," one of the label's biggest club hits so far. In addition, Sun co-produced one of the label's most brain-scrambling releases, Slip B, made with Slikback. The two artists' individual approaches to percussion—sharp, ecstatic, punishing—merge into a strong but flexible alloy, with drums meted out in choppy, volatile patterns.

The forward thinking and leftfield-savvy label has been responsible for fantastic compilations such as Cache 01 and the HOXXXYA long-player from Indonesia’s Gabber Modus Operandi. They’ve also been behind jaw-dropping collaborations, such as the East African-East Asian connection that was bridged between Slikback, Hyph11E and Nyege Nyege's Hakuna Kul from Uganda.

Hyph11E 'Aperture’ is out as a double 12” LP on 16 October on SVBKVLT . Pre-order here.
Load the next article