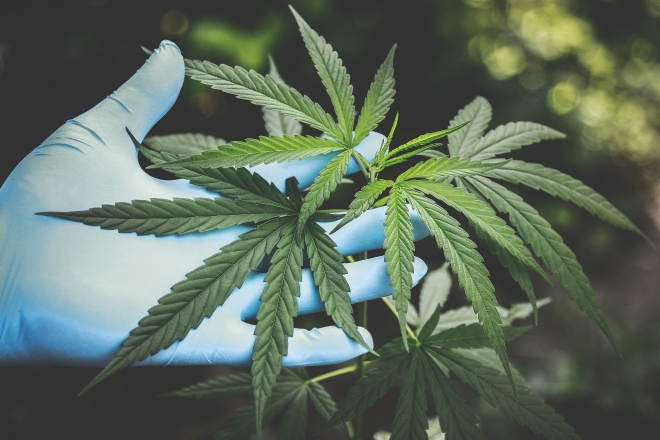 Whilst parts of Asia, namely Thailand, warm up towards the legalisation movement of cannabis, territories like Hong Kong are taking regressive measures by criminalising the sale and production of the non-psychoactive cannabinoid, CBD.

Starting February 1 this year, Hong Kong will prohibit cannabidiol (CBD) and all forms of product containing CBD. The substance will be added to the Dangerous Drugs Ordinance (DDO), a list which includes over 200 substances such as fentanyl, ketamine, heroin, cocaine and many psychoactive compounds. CBD joins the city’s dangerous drugs list along with its related compounds that are already listed “cannabinol and its tetrahydro derivatives (THC); and their 3-alkyl homologues.”

According to HKFP’s article from last November, the city’s authorities claim that CBD is inseparable from the psychoactive agent THC, or tetrahydrocannabinol; the compound responsible for getting high from cannabis. CBD consumers and supporters would argue that the tiny amounts of THC found in CBD products would be insufficient at causing any psychoactive effects on a consumer.

Despite research and studies suggesting CBD’s health benefits when applied topically, or by inhalation or ingestion, Hong Kong's Security Bureau stated that such claims “lack authoritative scientific proof”. According to a recent Forbes Health survey of 2,000 U.S. adults, of the 60% of U.S. adults who report having used CBD before, 55% of them use CBD oils and tinctures specifically — the interaction between CBD and the human body’s endocannabinoid system and neuroceptors can help regulate mood, immune system and movement, and also help alleviate pain and anxiety.

Read this next: NYC to open "House of Cannabis" weed museum

The recent laws in Thailand delisting cannabis and hemp from its Category 5 classification allowed cannabis to be planted, manufactured and consumed through food and products. The conditions for cannabis and hemp food and seasoning products were outlined in a formal statement by Deputy Government Spokesman Traisuree Traisoranakul, “cannabidiol (CBD) must not exceed 1.41mg per unit of the product content; whereas in all food seasonings, THC content must not exceed 0.0032% by weight and the overall CBD content must not exceed 0.0028% by weight.”

Since the Hong Kong Government’s first proposal to ban the substance with acclaimed medical benefits in June last year, cafes, stores and online businesses legally selling CBD in the form of oils, tinctures, foods and drinks, have been closing down as well as liquidating any stock before the new law comes into force this year. What was blossoming into a popular industry will now be wiped in less than two weeks.

According to Hong Kong Government reports, “CBD disposal boxes” have been placed across the city to “facilitate the disposal of CBD products.”

Read this next: "Alien-like" pink glow over Australian town turns out to be from a weed factory

From February 1, 2023, onwards, anyone in possession of or who consumes CBD can face up to seven years in jail and be punished with fines of up to HK$1 million (~ US$128,000) and CBD manufacturers may also face life imprisonment.