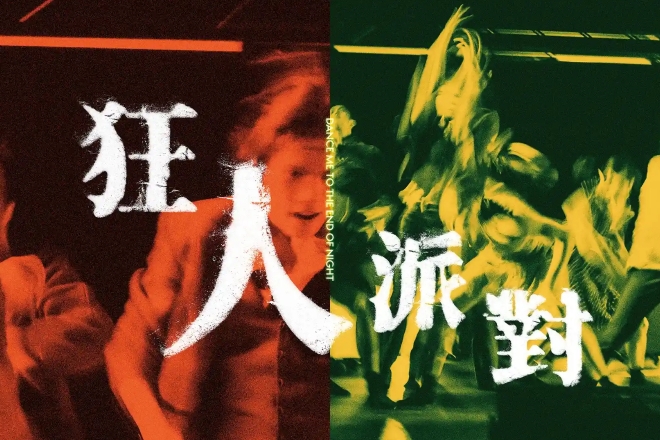 On March 16-18, Hong Kong Arts Festival will host a rave-themed contemporary dance performance titled ‘Dance Me to the End of Night’.

Created by independent artists Mao Wei (as choreographer) and Chan Tai-yin (as dramaturge), ‘Dance Me to the End of Night’ will present seven dancers that aim to display the ultimate gesture of youthful rebellion. Moving with desperation and shrouded in raw emotion, it tells the story of the struggle against an absurd generation through dance.

The dance performance was somewhat inspired and originated from Wei’s own 2021 Hong Kong Arts Festival video version of ‘The Formidable Year’. Peek a preview of the performance below.

Read this next: South Korea set to host Woodstock in July this year

Wei continues his creative journey this year with new sets, lighting, music, and costumes to speak of the young people's resilience and vulnerability during their “formidable year".

Running for approximately one hour, ‘Dance Me to the End of Night’ sees Wei and Tai-yin collaborate through dance and theatre for the first time.

Read this next: Beijing welcomes the works of H.R. Giger & Hajime Sorayama

While Wei initially studied Chinese dance before immersing himself in contemporary dance, Chan Tai-yin studied improvisational theatre at The Royal Central School of Speech and Drama in London.

Catch ‘Dance Me to the End of Night’ at Hong Kong Cultural Centre from March 16 to 18; more information about the performance here.