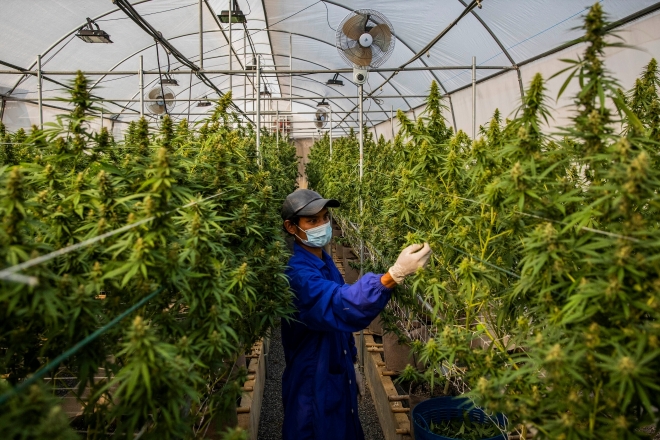 Starting June 9, the government of Thailand will allow its citizens to possess and cultivate marijuana. The decree announced in early May by the Health Minister, Anutin Charnvirakul, classifies the plant as a “household crop” that can be utilised for both personal and commercial use.

However, Thongchai Keeratihattayakorn, deputy permanent secretary of Thailand’s Health Ministry, underlined that “odour-based nuisances” caused by the smoking of weed could ultimately lead to detention.

Orders have also been sent to related agencies regarding the “inappropriate use” of marijuana, stating that those smoking weed in public and generating a foul odour can be arrested and charged on the basis of public nuisance should anyone file a complaint.

Culprits will be given a warning at first, but repeat offences can cost up to a ฿2,000 fine (equivalent to US$60) along with serving out a one-month jail sentence.

Though cannabis is about to be erased from Thailand’s list of controlled substances, the regulation still forbids the creation of products containing THC in excess of 0,2% by weight. Household use and consumption will still remain legal, yet the import, export, extraction and production of weed-based products will still need approval by the authorities.

Read this next: Wonderfruit makes its 2022 return to The Fields in Thailand

In addition, as many as 4,000 prisoners serving time for cannabis-related crimes will be released along with the passing of tomorrow’s decree. It should be noted that drug convictions in Thailand have massively contributed to the country’s overcrowding of prisons.

As for the 16 tonnes of previously seized cannabis initially planned for destruction? By the time tomorrow comes, owners will be able to claim back what’s rightfully theirs.