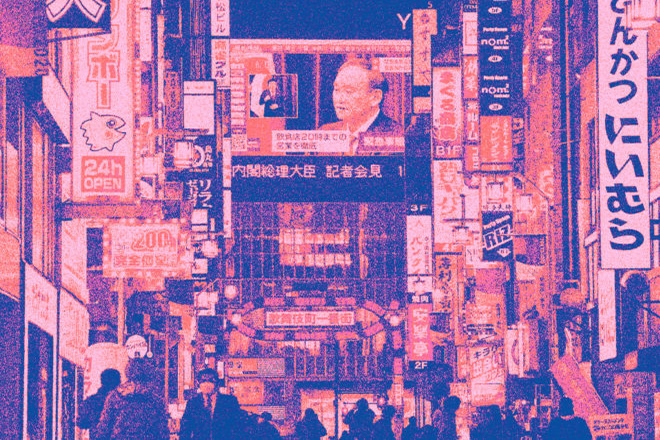 Japan’s prime minister has just declared a state of emergency for Tokyo, Kanagawa, Chiba and Saitama prefectures last Thursday. It will be the nation's second time calling a state of emergency. On January 7, the COVID-19 infection number in Tokyo alone catapulted from the previous day’s 1,500 to nearly 2,500. Meanwhile, the number of infections reached 7,000 nationwide.

The state of emergency will span January 8 to February 7 and will cover four areas of action: reduction of operational hours for restaurants & bars, an increase of teleworking hours (instead of commuting and working in an office), reduction of non-essential outings after 8pm, and limitations on sports events and concerts. If it isn’t obvious, this means that nightclubs will be closed. Nightclubs like WOMB, VENT, Contact have all issued public posts announcing that they will be complying with the government's order. ageHa had already announced a week ago that the club will be taking a winter break until February 28. Additionally, Contact Tokyo posted a message on their website titled #SaveTheDance, calling the government to give financial compensation not only to venues and their workers, but also to restaurants, bars, hostels, and other enterprises of the entertainment sector as workers comply to stay at home. "Culture is hope, culture is life, culture is economy", the bulletin reads.

Cooperating business will be financially rewarded with compensation of ￥1,800,000 JPY. The prime minister stated his belief that it is the government’s responsibility to protect the economy, and that they will “continue to prioritize the protection of employment and the continuation of our businesses”. Part-time workers and freelancers have been and will continue to receive unemployment benefits of up to ￥15,000 JPY per day.