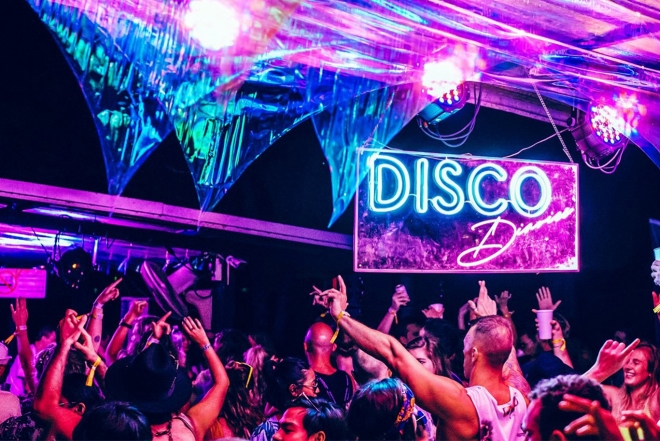 After months of barren dance floors, things are all but dull in Bangkok and Disco Diaries are already back and in fine form. The brand has spent two years cultivating a reputation as Bangkok's purveyors of heady house and disco, and now they are celebrating their ascent with a second anniversary bash.

The birthday bonanza will take place aboard Bangkok’s first-ever disco boat party. Guests can expect a colourful disco affair (literally colourful, see image above) as they cruise along the Chao Phraya River and sip on tropical drinks to a strictly house and disco soundtrack. And with the river snaking right through central Bangkok, the city sees plenty of boat parties but few with an emphasis on sound. The party will be the first to sail with a high-end Funktion-One sound set up aboard.

On the line-up is an all local and all loved dream team featuring Tek Harrington, Dark White and Supersonic.

The event marks the return of Disco Diaries following Bangkok’s shutdown as a response to the pandemic — the country has reported zero locally transmitted cases in almost three months and life is quickly returning to normal in the kingdom (see, hard work pays off). Before that, their trajectory landed them a stage takeover at Kolour In The Park where they hosted the legendary Mousse T. After this prolonged silence, the organisers are happy to say this will be the biggest and best disco party of them all.

If you’re concerned about health and safety, the organizers assure guests that the event will be held in accordance with COVID-19 safety regulations: masks, temperature checks and more precautions will be taken.

Now two years in the making, Disco Diaries has become known for its vibrant celebrations of life by combining the things we love: food, drinks, music and good people. Late Night Bangkok are the promotional outfit behind Disco Diaries, and have solidified their reputation as Bangkok’s most prominent party organisers. Just this year, they brought Black Loops, Rich NxT, Mousse T. and more through Thailand. The team also double as a booking agency based out of Bangkok that also integrates creative design, marketing and music consultancy.